The Curious Incident of the Dog in The Night-Time! Coming to Brisbane!

BRISBANE Curious Incident of the Dog in The Night National Theatre of Great Britain QPAC by Caroline Russo | on January 16, 2018 | 0 comments | in Theatre | Like it 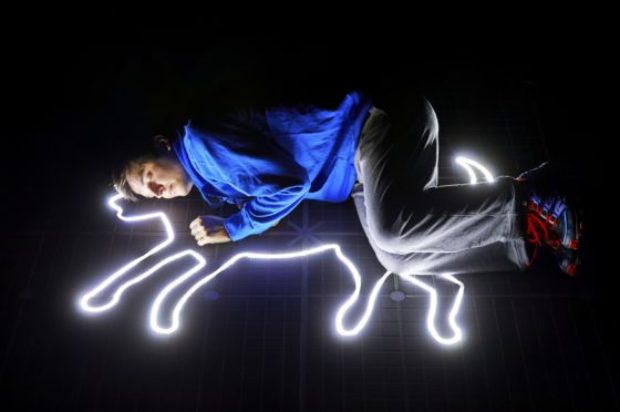 The National Theatre of Great Britain’s Olivier and Tony Award®-winning production of THE CURIOUS INCIDENT OF THE DOG IN THE NIGHT-TIME will tour Australia for the first time from June 2018, following its acclaimed sell-out debut season in Melbourne. The play will be performed in Brisbane from 12 June, Canberra from 27 June, Sydney from 4 July, Adelaide from 31 July and Perth from 8 August, by an all-British and Irish cast.

THE CURIOUS INCIDENT OF THE DOG IN THE NIGHT-TIME is adapted by Olivier Award-winning playwright Simon Stephens from Mark Haddon’s best-selling book, and directed by Tony Award winner Marianne Elliott (War Horse, Angels in America).

Following a sold-out run at the National Theatre, THE CURIOUS INCIDENT OF THE DOG IN THE NIGHT-TIME transferred to London’s West End, where it enjoyed sell-out houses. It is the recipient of a record-breaking seven 2013 Olivier Awards, including Best New Play, Best Director, Best Design, Best Lighting Design and Best Sound Design – more Oliviers than any other play in the history of London’s West End at that time.

The play then transferred to Broadway, where it premiered at the Barrymore Theatre in September 2014, winning five Tony Awards® including Best Play, six Drama Desk Awards including Outstanding Play, five Outer Critics Circle Awards including Outstanding New Broadway Play and the Drama League Award for Outstanding Production of a Broadway or Off-Broadway Play. THE CURIOUS INCIDENT OF THE DOG IN THE NIGHT-TIME was the longest-running play on Broadway in over a decade, and was named among the top 10 productions of 2014 by over 20 leading media outlets, including The New York Times, Associated Press, New York Post, Time Out New York, Playbill and Time Magazine.

The show tells the story of fifteen-year-old Christopher John Francis Boone He stands besides Mrs Shears’ dead dog, which has been speared with a garden fork, it is seven minutes after midnight and Christopher is under suspicion. He records each fact in a book he is writing to solve the mystery of who killed Wellington. He has an extraordinary brain, is exceptional at maths, while ill-equipped to interpret everyday life. He has never ventured alone beyond the end of his road, he detests being touched and distrusts strangers. But his detective work, forbidden by his father, takes him on a frightening journey that upturns his world.

THE CURIOUS INCIDENT OF THE DOG IN THE NIGHT-TIME is described as “a play that works on every level, crowd-pleasing, eye-opening, life-affirming and unmissable” by TIME Magazine and hailed as “a phenomenal combination of storytelling and spectacle” by The Times (UK).

Director Marianne Elliott said: “I’m absolutely thrilled that our production of THE CURIOUS INCIDENT OF THE DOG IN THE NIGHT-TIME is touring across the world and I look forward to sharing with audiences our staging of Mark Haddon’s beautiful story of love, family and bravery in the most unlikely of environments.”

Mark Haddon’s novel THE CURIOUS INCIDENT OF THE DOG IN THE NIGHT-TIME was published in 2003 and was the winner of more than 17 literary awards, including prizes in the US, Japan, Holland and Italy, as well as the prestigious Whitbread Book of the Year Award in the UK in 2004. The novel has been translated into 44 languages and sold more than 5.5 million copies world-wide.

This tour is presented by Lunchbox Theatrical Productions. Prior to this tour THE CURIOUS INCIDENT OF THE DOG IN THE NIGHT-TIME was presented in Melbourne by Arts Centre Melbourne and Melbourne Theatre Company.