‘THE DRESSMAKER’ ANNOUNCED AS OPENING NIGHT FILM FOR AIMC 2015 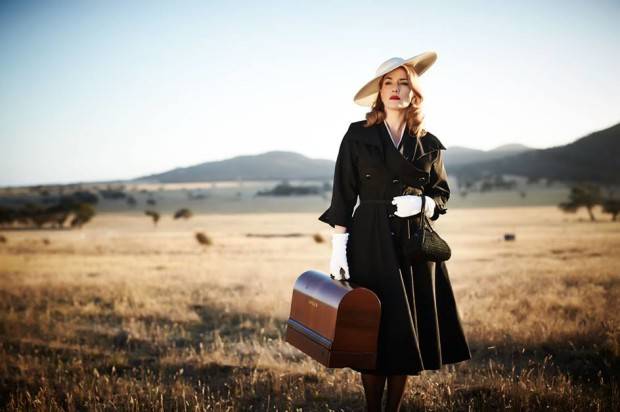 The 70th Australian International Movie Convention at Jupiters Hotel & Casino on Queensland’s Gold Coast from October 11-15 will open in style with a Filmmaker Screening of ‘The Dressmaker’.

Director Jocelyn Moorhouse and Producer Sue Maslin will introduce the special AIMC screening of their film on Sunday evening, October 11, to be presented by Screen Australia. The screening will take place at the all-new Event Cinemas Pacific Fair.

Executive Director of the AIMC, Michael Hawkins, says: “ ‘The Dressmaker’ is keenly anticipated by the exhibition community and the AIMC is delighted to be able to host this special screening, introduced by the film’s director and producer, two of Australia’s pre-eminent filmmakers.”

Says Maslin, “I could not be more delighted! The exhibitors know our audience better than anyone and are our most valued partners at this stage of the journey”.

Terry Jackman AM, Chairman of the National Association of Cinema Operators – Australasia, which hosts the AIMC, says the convention will encourage delegates to join the Variety Event Walk for Charity, donating a gold coin whilst on the short stroll from Jupiters Hotel & Casino to Event Cinemas Pacific Fair to attend ‘The Dressmaker’ screening.

Based on the best-selling novel by Rosalie Ham, ‘The Dressmaker’ is a bittersweet, comedy-drama set in early 1950s Australia. Tilly Dunnage (KATE WINSLET), a beautiful and talented misfit, after many years working as a dressmaker in exclusive Parisian fashion houses, returns home to the tiny middle-of-nowhere town of Dungatar to right the wrongs of the past. Not only does she reconcile with her ailing, eccentric mother Molly (JUDY DAVIS) and unexpectedly fall in love with the pure-hearted Teddy (LIAM HEMSWORTH), but armed with her sewing machine and incredible sense of style, she transforms the women of the town and in so doing gets sweet revenge on those who did her wrong.