australian film film Screen Queensland The Fear Of Darkness by Caroline Russo | on June 12, 2015 | 0 comments | in Film | Like it Chris Fitchett’s return to the director’s chair has proved to be a formula for success as his new feature, The Fear of Darkness, is one of just 12 feature films worldwide selected for Official Competition at the FilmQuest Film Festival in Salt Lake City, Utah, later this month.

FilmQuest is a specialist genre film festival selecting the world’s best horror, thriller, sci-fi and fantasy films. The winners will be announced at the awards night on the last night of the festival, Saturday 27 June 2015. 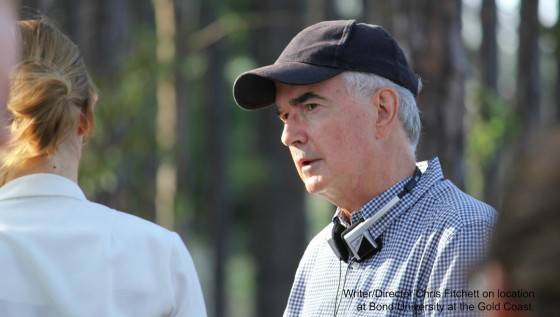 “This is an outstanding result for everyone who was involved in the film,” said Chris Fitchett who will be attending the festival and awards night.

“I am excited for us all… Screen Queensland, Arclight Films, Cutting Edge, Digital Sound & Vision, Bond University, our cast, crew, crowdfunding fans and countless others,” he said.

The film’s screening at FilmQuest follows its hugely successful headlining slot at the Gold Coast Film Festival in April.

In Australia, The Fear of Darkness will next be seen at a special Northern Rivers Screenworks evening at the Star Court Theatre in Lismore on Wednesday 15 July.

The Fear of Darkness tells the story of a brilliant young psychiatrist (Dermody) who is forced to confront the dark creature that dwells deep within her own unconscious when she treats a young university student (Mitchell) suspected of the bloody murder of her boyfriend.

Proudly supported by Screen Queensland, http://screenqueensland.cmail19.com/t/r-l-aihuydd-uuukirkjd-u/ was shot entirely on location in South East Queensland and Village Roadshow Studios and will be released in Australia through Arclight/Transmission in September this year.