The rhythm of spanish storytelling hits a chord at QPAC.

The collaboration of musicians, singers and dancers brings the essence of Southern Spain to life through their vibrant and energetic performance. Joining local musicians Simone Pope (dancer), Kieran Ray (guitarist), Clara Domingo (singer) and Shenton Gregory (violinist) are a line up of stars direct from Spain, which adds another dimension of authenticity to the show. Characteristics of this style of dancing include sweeping arm movements, rhythmic stamping of the feet (zapateado), handclapping (palmas) and colourful costumes.

Francesca ‘La Chica’ Grima, choreographic design and flamenco dancer, has been dancing for over 25 years. She revealed that the although traditional flamenco dancing is often improvised in alliance with the music, this show features more structured choreography which corroborates folk style dancing to the theatre stage. 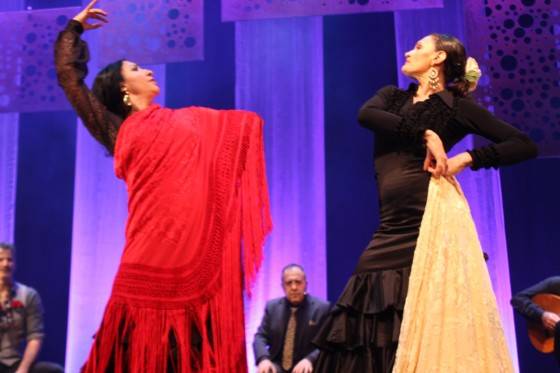 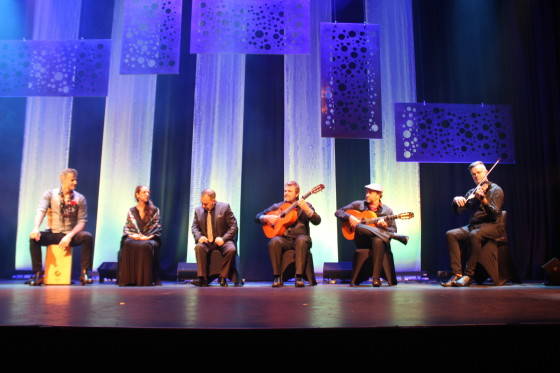 Director and acclaimed guitarist, Andrew Veivers, says that “the storytelling of the of the production follows the true dialogue of the singer to which the dancers and music responds,” therefore portraying the story. “Using the aesthetic of traditional flamenco combined with contemporary dance choreography, original composition and supporting visual and staging design, Viva Sevilla examines the cultural challenges within the Spanish historical context and connects them to the contemporary Australian experience.”

Flamenco Fire have been creating their own original content domestically and internationally since 1999. The last production of this Flamenco triology, ‘Villa Sevilla – the Golden Age of Flamenco’ , features traditional music which stems from hundreds of years ago in the golden age when audiences were intimate. It explores the time when Spain was balancing political and religious powers at an important time of change. Clearly audience numbers have grown over the years, with Flamenco Fire performing to sell-out crowds in Australia and Spain.

They have developed their performance since playing at the most recent Woodford Folk Festival last December and will showcase eleven performances at QPAC until 6 February following up for a national tour for next 5 months.