THE GAMES, COMPLETE SERIES ONE & TWO BOXSET IS OUT For the first time the Logie Award winning Series for Most Outstanding Comedy Program and AFI Winning Drama Series for Best Screenplay THE GAMES, is available to own on Digital Download and as THE COMPLETE SERIES ONE & TWO DVD Boxset from 22 June 2016. 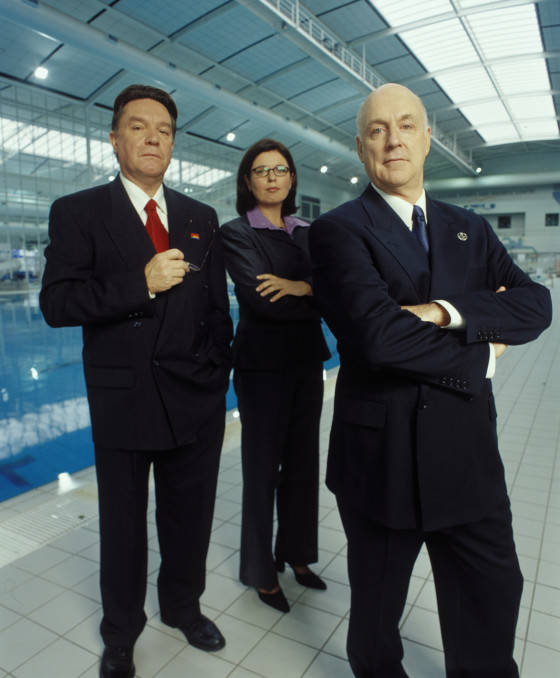 THE GAMES: THE COMPLETE SERIES ONE will contain all 26 episodes from the classic comedy that aired on ABC from 7 August 1998 to 11 September 2000.

Possibly not sanctioned by the official International Olympic Committee, THE GAMES is the groundbreaking deadpan comedy that takes a satirical look at the bureaucrats who organised the extravaganza that was the Sydney 2000 Olympic Games.

Shot in pseudo-documentary style, the ‘film crew’ have carte blanche access to the fictional managing body of the Sydney Organising Committee of the Olympic Games (SOCOG), as they deal with PR disasters, budget blowouts, political interference and 100 metre running tracks that are several metres short of the mark.