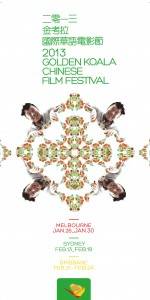 The Golden Koala Chinese Film Festival (GKCFF) is the most influential Chinese film event in the west, and it’s brought to Brisbane this year for the first time ever by Mirror News International Media Group. For the past three years, Chinese Film Festival Incorporated (CFF) has invited elite Chinese films to be exhibited and to compete during the Chinese New Year. CFF and Mirror News International Media Group aim to promote outstanding Chinese films, and in turn to foster better cross-cultural communication between the east and the west.

Mirror News International Media have teamed up with the Brisbane International Film Festival this year, which is expected to entice a GKCFF Brisbane audience of 3 000+ (meaning a national audience of 10 000+). The Brisbane event is to be hosted at Sunnybank’s Hoyts Cinema. The Opening Night Gala (including the red carpet walk, VIP dinner, and opening film) begins at 3PM on February 21st . 12 film screening sessions will run between then and the 24th. Opening Night Gala tickets cost $15 per person, and each session ticket costs $8 per person. Group discounts are available. For booking and information, visit http://www.cff.org.au/ticket/brisbane or call (07) 3191 6321.