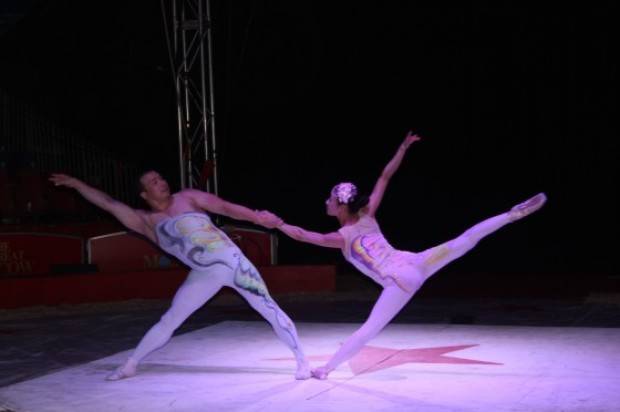 You may have seen a circus performance before, but have you ever witnessed a WORLD RECORD HOLDING circus performance? This is exactly what The Great Moscow Circus (presented by Edgley Attractions, with head man Mark Edgley) brings to the table with their ‘6 riders in the Globe of Death’ act from Brazil on their 50th anniversary tour. Other acts include BALLET ON SHOULDER acrobats from China and acts from Russian and International performers.

Speaking with Mark Edgley today, who is the proud owner and carrying on the tradition of the famous circus, he revealed that this kind of event it takes about twelve months to create. However, this show in particular only took half that time as it is the 3rd circus tour in a row for The Great Moscow Circus. On every occasion where there is a two or three year tour, new people come and go so the performance is constantly changing. In this time, the choreography, costumes and theme is finalised. For this tour, The Great Moscow Circus is partnering up with the Australian Lennon brothers. There are approximately sixty-five people in total in the show, forty of those who are performers and the rest who are family, tech (including a brilliant thirteen-year-old on sound), crew and production people. The show travels all these members of the show amongst the thirty caravans and five semi trailers. The two-and-a-half-hour show features the World Record act with six motorbike riders at the one time inside the globe apparatus, which is different to other shows that only have a maximum of three to four riders. 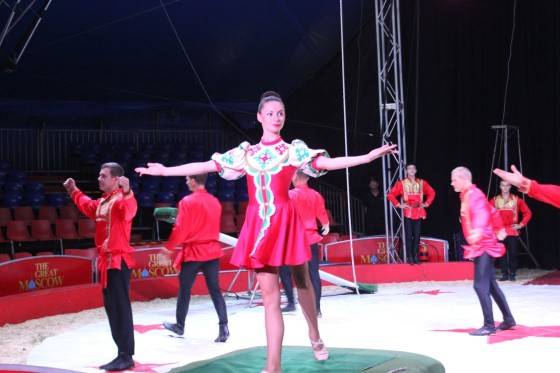 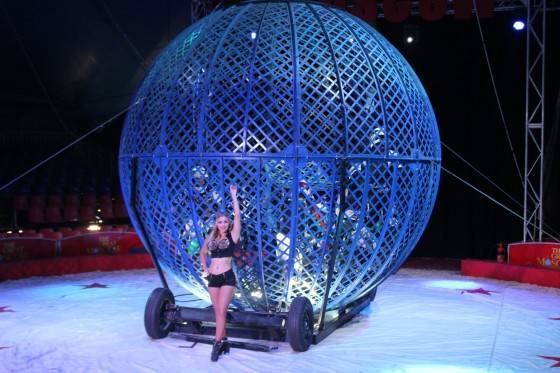 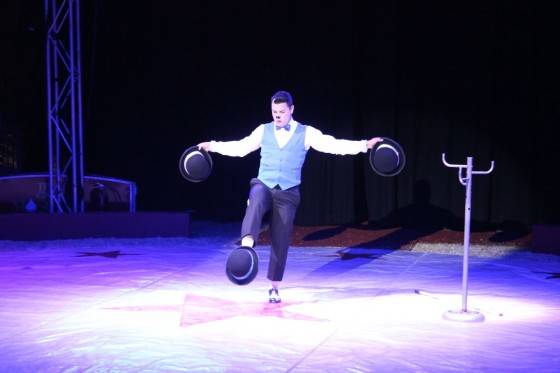 Speaking to one of the head acts today, Brazilian born Rafael Nino Junior (Nino the Clown) revealed he is a fifth generation family circus performer who started his training at age four. His childhood playtime was learning time. As he became older he started to learn other circus acts such as flight trapeze, the wire and aerial tricks.

“Comedy is what I like to do,” he explained, “After 11 years and 22 countries performing around the world, I found this new clown style which I was able to put all my clown skills to. With no makeup, I was able to focus and work on my facial and body expression and include skills like riding bikes and handstands which are different things for people to come and see.”

Rafael went on to describe the act that we were amazed to watch today.

“The creative process is not that long. It comes from your mind, so you write it and that’s it. It’s the training that is long. This act with the vest took me about three months. It’s very hard because juggling is not the only comedy, the act also includes balancing and others. So the clown has to know all the circus skill so you can play with these.”

When asked if Rafael changes his act regularly, he replied “It depends on the performance. For me, I like to change a lot. A new act I’m going to do I started about 2 weeks ago, meaning the show is already on but I start to do new things. The performances are all about expression. I don’t talk but I bring the audience to the stage. I play with them which makes every day different with different reactions and people. They give me what they have and I play with it. I have to give back what they give to me. I like to research movies from Jim Carrey and Charlie Chaplin, who doesn’t talk. See I don’t talk. I can be whatever you think in places like Japan, Australia, Denmark, Norway. This way they can understand me giving me a universal language.”

Make sure you don’t miss out on this extravagant, adrenaline pumping circus show. The Great Moscow Circus is located at Victoria Park, Gilchrist Avenue (opposite RNA Showgrounds) in Brisbane and will be in town from the 3rd of March until the 13th of March.
http://www.thegreatmoscowcircus.com.au