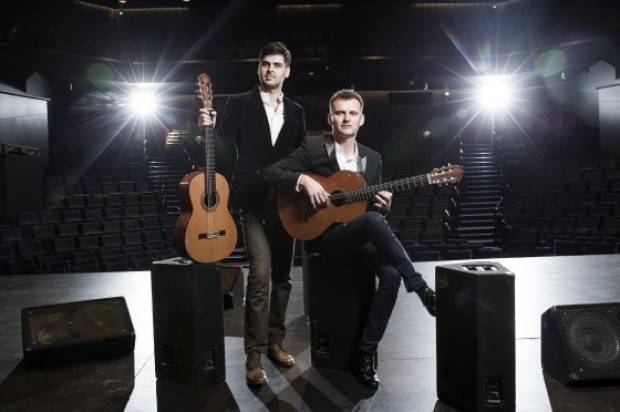 May sees Australia’s most respected guitar duo, the Grigoryan Brothers return to the Arts Centre Gold Coast in a Fiesta de la Musica special event. Leonard and Slava will perform works from their latest release ‘This Time’, which highlights the brothers’ astounding skills that are at the core of the critical acclaim they have achieved both in Australia and on the international stage.

Both have a deep appreciation and understanding of a broad spectrum of musical styles, couple this with their classical training and the result is an amazingly unique sound incorporating all these influences. It is not classical, not jazz, not world… it is the Grigoryan Brothers!

Gold Coast music lovers will also delight in the announcement of the 2016 Fiesta de la Musica dates. This year, the festival will be presented over the front half of September. The two-week musical gala will run from Thursday 1 September through until Sunday 18 September and will feature an eclectic mix of classical and world music, across performances, workshops and events.

In an extension on previous years, the festival is also presenting a series of free lunchtime concerts on the first Thursday of each month in the lead up to the main event. Over the coming months, the performance schedule features:
· May – The Best of Brass, features some of the Gold Coast’s best musicians on trumpet, trombone and French horn outdoors on The Terrace.
· June – The Gamelan and the Indonesian Experience, featuring traditional and original pieces for the gamelan orchestra; come along early to try your hand at playing the gamelan.
· July – Music Down the Rhine, a Lakeside orchestral performance by students from Bond University, transporting the audience to Europe and the beauty of the Rhine.