THE LATEST MUSIC RELEASES THIS WEEK

Tune in to the latest music releases this week, featuring a number of artists from all genres! Travis Collins, the 2019 CMAA Male Artist of the Year and CMA Global Artist Award-winner, is never more at home than he is under stage lights – world-beating band in tow. It’s this captivating dynamism and essential energy that thrills at the core of supercharged new album, Wreck Me.

“For a while, we were messing with the idea of calling this Reckless Abandon,” Collins jokes of the album’s guiding ethos. “We were just like, we’re going to find or write songs that we want to go out and play, and never get bored playing.”

Wreck Me saw Travis reuniting with Nashville super-producer, Luke Wooten (Brad Paisley, Dierks Bentley). The first two singles to drop, Make Up and Weekend, went on to impact the national country airplay charts. The current single, Rainy Day, is a gentle, earthy sway, and finds Collins giving thanks for the life of a friend lost too soon. Watch Rainy Day video HERE

As Travis goes on to describe the album, ‘Wreck Me’ is an album that took its first steps before I even really knew I was making ‘an album’.. session by session, I was just trying to record a bunch of songs that hit me right.. songs that challenged me as a singer and songwriter. It’s the widest footprint of styles and sounds that I’ve ever put together. Each song has its own moment, some dive deeper and more personal, and others soar into new places I haven’t been yet. I’m really proud of that. I feel it’s the truest reflection of me musically so far.”

For the tireless Collins, the two years since the release of his previous studio outing Brave & The Broken can be measured in country miles. That album stormed the charts, spawned a string of No.1 hits, and launched a sweeping national tour that saw Collins and band bring their expansive sound to audiences far and wide. Brave & The Broken arrived amid an immensely rich period in Collins’ already enviable career. Then the CMC Male Artist of the Year for two years running, Collins made 2018 his own. Brave & The Broken landed hot on the tail of three Golden Guitar wins for Our Backyard (2017) with Amber Lawrence, and a CMAA Awards sweep in 2017 on the back of Hard Light (2016), which saw Collins take home Golden Guitars for Male Vocalist of the Year, Song of the Year, and Single of the Year. Hard Light also netted three No.1 hits.

Rounding out an immense few years, Collins took home the 2019 Golden Guitar for Male Artist of the Year, and last year opened for US megastars Tim McGraw and Luke Combs. Wreck Me sets to be the next chapter in an already impressive career. Matt Gresham debuted both his new song and album titled, WHO AM I NOW at #1 on iTunes last week.

Matt is an Australian singer-songwriter and multi-instrumentalist. He has previously released one studio album through Warner Music Germany and has toured internationally with support slots on international tours with James Arthur, Guy Sebastian and Shane Filan. When touring Australia, he still returns to many of the local venues that gave him his first start. “I’ve been playing these venues since I was 18… it’s a really beautiful scene to be part of.”

Full of gratitude Matt sends a lot of love out into the world – and now he’s getting a lot back, with European audiences waking up to the sandy-haired crooner from the south. A minimalist in life, he applies the same philosophy to his music. “I want to go as far as I can really, but the original goal is just to make music that makes people feel something.”

Forget the fanfare, the possessions and the hype. Matt Gresham gives you truth. 2019 was a HUGE year for brothers Louis and Oli Leimbach better known as Lime Cordiale, 2020 is already destined to repeat that with their multiple SOLD OUT social distancing run of shows throughout July and August.

Lime Cordiale’s ROBBERY has proved in 2020 to be one of the top songs internationally for the band, following on from its #7 in 2019’s Triple J HOTTEST 100.
This acceptance had all been achieved through hard work via a great live show and constant touring.

Now success has come with the #1 ARIA album and we believe Robbery has yet to achieve the success it deserves on Australian mainstream radio. The album already achieved Triple J Album of the Week and was just added to Spotify’s most followed playlist HOT HITS AUSTRALIA (1,200,000 followers). Top that off with over 13,000,000 Spotify streams, as well as many powerful worldwide playlist adds, ROBBERY is set for Australian mainstream radio success. Click HERE to listen to ROBBERY now! Paula Standing releases new song “MY HEART GOES WITH YOU” this week.

Following on from the whimsical first single from her forthcoming new album, songwriter Paula Standing has penned a rousing ode to her children that will tug the heartstrings of every parent. My Heart Goes With You, the second single from her full-length album, The More I Give, slated for release in September, is ultimately a love song, written about the affection for her two sons.

With both her children now in their 30s, Paula says there is always an unconditional bond. “They mean a lot to me and it is important to stay in touch,” she says. “They were so close growing up and are still a support to each other. It’s a touching scene to see when they catch-up after an extended absence. Despite one of them living on the other side of the planet, it doesn’t mean they ever leave my thoughts. Time and distance does not change commitment or that special place in my heart.”

The song has even more impact now. Just before COVID-19 derailed everything, Paula was about to head over to visit her youngest son in Canada, plans that are now indefinitely on hold. “It was more than heartbreaking to have to cancel the trip,” she says. “But I am relieved that he is safe, and still has a job. My eldest son was living in the Blue Mountains when there were fires raging there a few years ago, and the feeling is the same – regardless of the distance.”

Paula co-wrote the track in the studio with Gina Jeffreys, Lou Bradley and Niamh Watson, assisted by Rod McCormack. She envisioned it as a dreamy track, and worked to build the song over the session with the inclusion of the dobro, and the banjo behind the guitar instrumental anchoring it into an Americana feel. When it came to writing the lyrics, Paula dug deep back into her family history. “I gave a brief history of how I dragged my sons across the country twice while they were growing up,” she says. “As a result, I have always felt the need to always be there for them. Wherever they are, they know they can always call on me. Halley’s Comet flew over on the birth of my second son – I saw that as a sign that my family was complete.”

Throughout her musical journey, Paula has been revered for her honest approach to songwriting. Her songs tell a story and she is unafraid of sharing her own personal experiences. Penning a track about her children is one of the most private songs she has shared, but rather than this being daunting, it is something she is looking forward to sharing with audiences. “When you realise the more personal you are, the more universal the theme is,” she says. Everyone will find their own story in these songs. I have never been more proud to share my personal stories with these well-crafted songs from awesome co-writers and musicians. I hope fans will make them their own.” 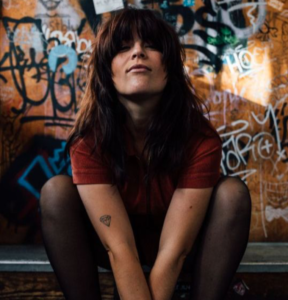 While we were all forced into locked down it’s been well documented many musicians had their creative wings clipped their livelihoods disintegrating overnight.The most obvious imposition to working artistes while in self isolation was the ability to perform live but musicians also had their capacity to create new music severely impacted. The inability to access state of the art recording studios and facilities and the incapacity to gather in groups and be overseen by a professional production team, severely debilitated the output of new music.

The restraint of not being able to record fresh material amongst like minded creative peers, contributed to the overall powerlessness felt by artsites, the imposition though did present one positive bi-product. That useful residual was recognising an opportunity for artistes to revisit previous work and reintroduce songs that may have been overlooked when originally released. As much as talent can elevate a song to dizzying heights, success also relies impart around timing as well as genius.

Ella Fence’s ‘Hunter‘ wasn’t so much released back in 2015, it escaped.

Locally in Australia ‘Hunter‘ went unnoticed, while simultaneously in the USA, Ella was lauded amongst significant international company, with the track being added to Spotify curators playlist, ‘Femme Fatale‘. Other artistes to be included on the compilation are Lorde, Laura Marling, Fiona Apple and Joss Stone. ‘Hunter‘ has chalked up over 1.6 million streams (70% of those streams originate in North America the other 30% is made up from UK and mainland Europe).

As we speak the the numbers in Australia for ‘Hunter‘ are virtually non existent and now is the moment to remedy the provincial oversight; the time is right for a ‘Hunter‘ awakening.

Ella Fence ‘Hunter‘ is a memoir of salvation . A trippy glide of moog electronica and old school carnival harpsichord, booming drums, dominated with a voice that calls out for the ages all bound tight in a midnight black lyrical narrative. Recorded in Germany it documents a pantomime of growing tensions, a song about people struggling to stay in the one place. Does that scenario sound familiar? Listen to ‘Hunter‘ HERE