#NewRelease artists ARTISTS AND MUSICIANS MUSIC2020 Singers by Caroline Russo | on August 1, 2020 | 0 comments | in Music | Like it Two of the hottest names in music, Sam Smith and Burna Boy join forces on new single ‘My Oasis’, out now via Capital Records. The track received a first play on Radio 1’s Annie Mac show.

My Oasis marks the start of a new chapter for Sam who has to date sold over 25 million albums worldwide. Born from a mutual respect for one another Sam and Burna made this cross-continent collaboration happen over the last few months and the result is a brilliant song of love lost and longed for, intertwining their distinctive vocals.

Sam adds “My Oasis is a song that I wrote recently with Jimmy Napes and Burna Boy. This track has been a beautiful release of emotions for me during this time. I’m also made up to have a tune with Burna Boy who I’ve been a fan of for years now.”

One of the most celebrated British artists to emerge on the music scene in recent history, Sam Smith continues to break global streaming records, sell out world tours and collect incredible accolades in the form of four GRAMMY Awards, three BRITs, an Academy Award and a Global Globe no less. confirms their status as one of the biggest names in music on the planet.

My Oasis is only the start of what will be another busy and successful year for Sam Smith. 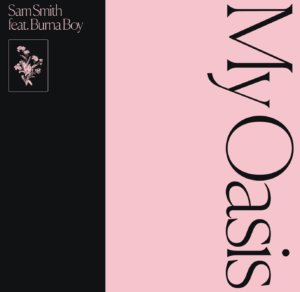 Simon Astley “Love for the City”

Astley is honoured to be working with the Irish born singer songwriter Damien Leith for the first time. “Love for the City” is about enjoying the hustle and bustle of a big city, and living your best life. Every day in the city is different. It makes you feel alive! The most streamed First Nations artist in the world, Isaiah Firebrace, releases his new single ‘Know Me Better’ through Sony Music Entertainment Australia.

Isaiah wrote ‘Know Me Better’ alongside Sydney-based duo DNA (Jessica Mauboy, The Veronicas, Delta Goodrem, Mitch James) who also produced the track. Isaiah’s mature vocal tone perfectly accompanies the message of the song; “This song actually means a lot to me because I finally feel like I’m starting to know myself better and I am heading in the direction I want to with my music says Isaiah. “I’ve been in the studio a lot over the last three years and have experimented with lots of styles but ‘Know Me Better’ is a song that I’m really proud to release. I love the song, I love the production and I just can’t wait to be able to show people”.

Isaiah has been keeping busy over the past 12 months, writing songs that relate to his experience over the last few years. Isaiah spent much of 2018 on his 55-date Spirit and Beyond tour through regional and central Australia, speaking with Aboriginal school children and giving them positive messages of support and hope for a brighter future.

Earlier this year, Isaiah performed at the Australia Day Live concert to raise funds for volunteer fire fighters and families who lost their homes as a result of the devastating bush fires.

Isaiah is currently writing a children’s book titled “The Purple Platypus” which is set for release later this year.

Hailing from just outside Melbourne, along the banks of the Murray River, Isaiah first stepped into the spotlight in 2016 when he was crowned winner of the eighth season of The X Factor Australia. Since then he’s grabbed global attention for his #1 single ‘It’s Gotta Be You’, which is now certified Platinum in Australia, 2 x Platinum in Sweden, Platinum in Norway and Gold in Denmark.

Isaiah’s music has been streamed more than 300 million times worldwide, making him the most successful First Nations male pop act in Australian history, and he’s only just getting started.‘Know Me Better’ is out now. Tom Walker, whose debut album WHAT A TIME TO BE ALIVE has never seemed more prophetic, today releases a brand new single, ‘Wait For You’, recorded during lockdown, out now through Sony Music Entertainment Australia.

“This song is about a mate of mine who went through a life changing event as a teenager,” Tom explains. “It took a long time for him to heal and aspects of what happened have taken a toll on his life. Fast forward to now and he’s one of the most outgoing, positive people you could ever meet.

“It got me thinking that we can all go through tough times; it’s what you choose to do after that’s important. If something positive can come out of it, that’s a really special thing.”

The deeply personal narrative and emotion is reminiscent of much of Tom’s canon of hits especially his triple platinum ARIA accredited single ‘Leave A Light On’ and is the perfect tonic for these challenging times.

To celebrate the release of this new single, Thursday June 11th saw Tom undertake a Zoom World Tour, playing six countries in twelve hours, starting with Australia. He performed intimate shows to thirty lucky fans in six different time zones, starting at 7pm last night with Australia, before moving on to France, Italy, Germany, the US and finishing up in the UK when ‘Wait For You’ was officially released.