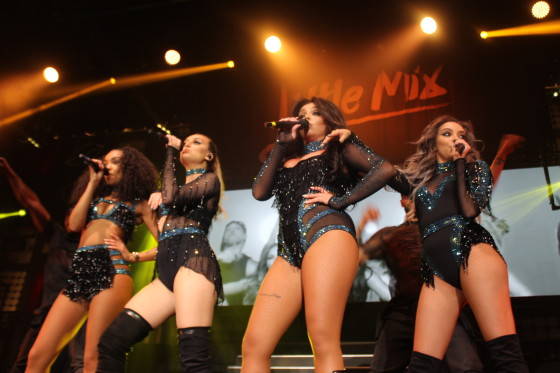 The Little Mix ‘Get Weird Tour’ makes it way to Brisbane, and things get delightfully weird!

**Warning – major spoiler alerts if you haven’t seen the show and are wanting to!!**

Photos and words by Jacqui Coleman.

The dynamic quadrant girl group Little Mix – that comprises of Jade, Jesy, Leigh-Anne and Perrie – brought their ‘Get Weird Tour’ to the Brisbane Convention and Exhibition Centre last May 12. Winners of The X Factor UK in 2011, their live stage experience that was gained from the competition shone through as their presence on stage was seamless, comedic and entertaining for their audience. Watching them perform on stage was more like watching four friends hanging out, having a jam and coincidentally dancing in sync. 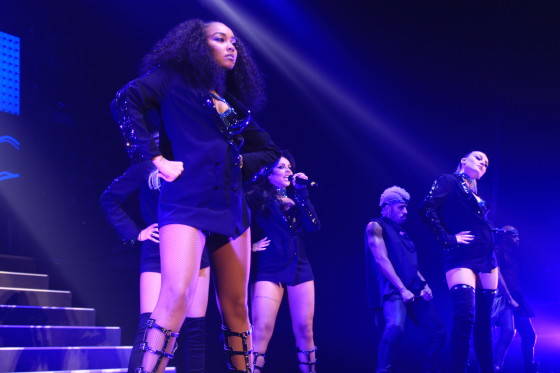 The whole theme of the tour was to get weird, embrace your own individual quirkiness and to “dance like no one’s watching”. Although they did ask, it wasn’t one of those shows where the act filled in time by asking if the audience was ‘having a good time’. They engaged with the audience, set up an awesome Mexican wave and included a segment of corny jokes that were a little hard to understand through those Newcastle accents. However, entertaining none the less! 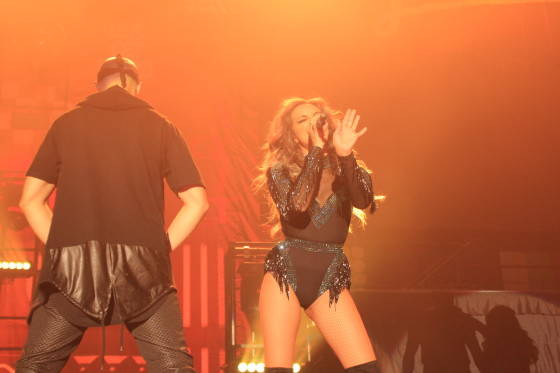 With each member of the band came four unique, powerful, beautifully toned voices that were further amplified when they sang together in that make-the-hair-on-the-back-of-your-neck-stand-up harmony. Their versatility in singing styles allowed them to strip down to raw emotion and sing ballads but also for them to belt out powerful pop songs. It was these dynamics that the band used to enhance the overall atmosphere of the show. The set of the show included classic songs such as Wings, How Ya Doin’?, Change Your Life, Salute and also songs from the new album Get Weird such as their new single Hair. 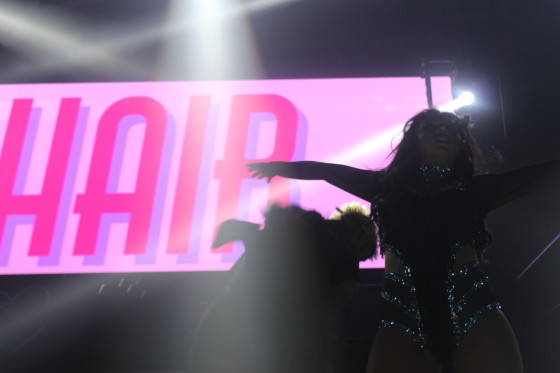 After the slow and emotional ballad Secret Love Song, the party section of the night began that was inclusive of Beyoncé songs, Drake’s Hotline Bling and Jack U’s songs- which had everyone on their feet.

Despite the audience consisting of mainly a younger female demographic, there was definitely a large amount of mums and dads in the audience. The band most definitely knew how to connect with their whole audience as they even acknowledged and encouraged all the Dads to get up on their feet and have some fun!

The girls were accompanied on stage by four buff, good looking, talented male dancers who added to the quirky and fun ‘get weird’ atmosphere of the show. They also contributed to the skits, such as the ‘fake phone call’ scene, that was confusing until the band’s classic song How Ya Doin’? started to play. 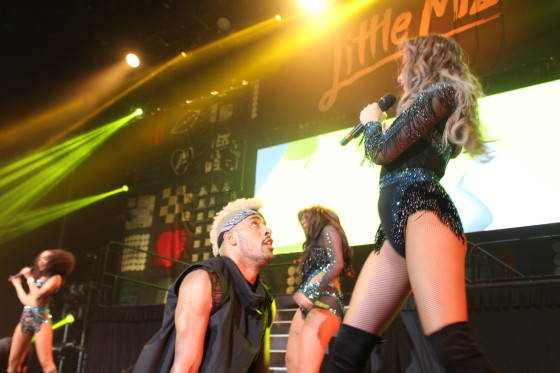 Little Mix evidently loved Brisbane just as much as Brisbane loves Little Mix, not being shy in mentioning how much of an enthusiastic crowd they were performing to. When the song Love Me Like You began to play, an eager fan planned prior to the show for every audience member to hold up a home-made printed sign saying “Get Weird or Go Home”, which the band found very touching! 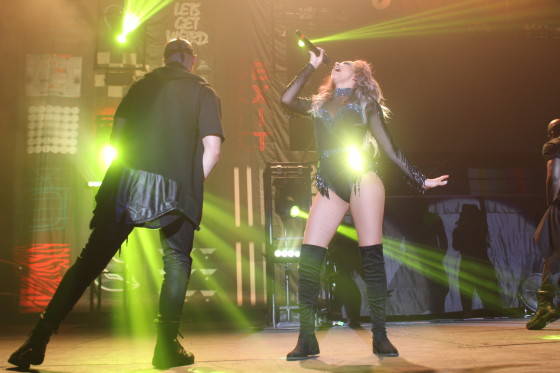 The music of Little Mix sends a powerful message to and empowers all their listeners through the uplifting, inspiration quotes drawn from the song lyrics and also reiterated by the girls during the night. This was emphasised in their delivery of the song Little Me from the 2013 Salute album, as they said they had received lots of feedback from younger girls saying how much the song had inspired them.

The lighting of the stage was definitely used effectively throughout the show to highlight important parts of the performance in accordance with the video effects. 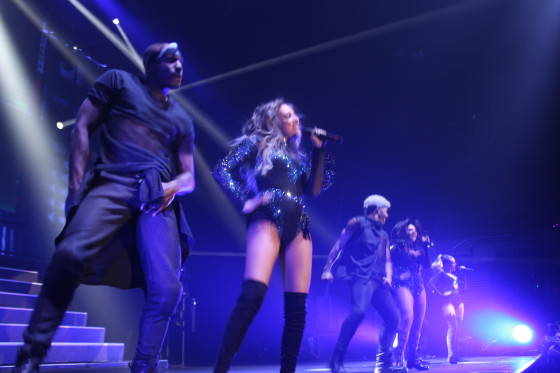 After a change of outfits into gleamingly white sparkly costumes, Little Mix came out for an encore song to please the masses before thanking the audience and departing for the night after a successful show.

The admiring screams, participation and energy from the audience stayed on a high the whole night as everyone seemed to be enjoying themselves – all thanks to the entertainment from this world dominating girl band.