THE MUSES TRIO – MUSIC BY THE SEA REVIEW

jackie smith music by the sea Review The Muses Trio by Caroline Russo | on October 4, 2015 | 0 comments | in Music | Like it 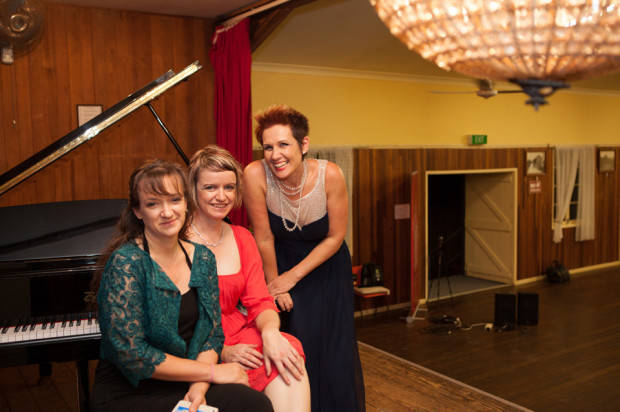 On October 3rd 2015, dedicated classical music fans converged on Sandgate Town Hall to listen to The Muses Trio pay tribute to female composers as part of Music By The Sea’s latest installment of their concert series.

Individually, the members of The Muses Trio are well-respected chamber musicians in their chosen field, having performed and worked with many a renowned artist and composer, be it as part of Topology (Christa Powell, violin and Therese Milanovic on piano) and Cello Dreaming (Louise King, cello) or through their solo endeavours. United, they form a group striving to bring to light the works of lesser-known female composers and introduce them to a brand new audience.

As evidenced by this information, this trio is at the top of their game in the classical music world right now and when they perform together, something magical happens. Though the crowd was somewhat sparse in comparison to previous shows offered by Music By The Sea, the trio held audience members in the palm of their hands the minute they stepped on stage. These faithful few were entranced by the music, happy to be carried away on the wings of a set of peaceful, pretty melodies designed to captivate even the most sceptical of observers. 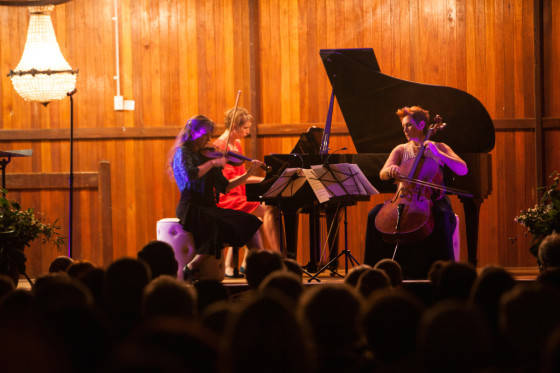 Having not heard these pieces before, it is difficult to dwell on the specifics of technicality, as even the most classical music novice would possibly do after listening to more well-known compositions. One piece that really caught my attention in this performance was Jennifer Higdon’s Pale Yellow / Fiery Red, in which even the performers became lost in the music themselves, captivated by the sweetness (or as the case may be, frenzy) of the notes they play. Other gems were found in Milanovic and King’s showcase of Nadia Boulanger’s work, which in turn highlighted the ability of these musicians and capability of their instruments.

Overall, it was a solid performance and a credit to the organisers of this event that they continue to bring such talented musicians to the local community. If this recital was anything to go by, The Muses Trio’s upcoming debut album is sure to be a success among old and new fans alike.

Images courtesy of The Muses Trio