darwin MUSIC INDIE THE NATIONAL INDIGENOUS MUSIC by Caroline Russo | on July 31, 2019 | 0 comments | in Music Festivals | Like it 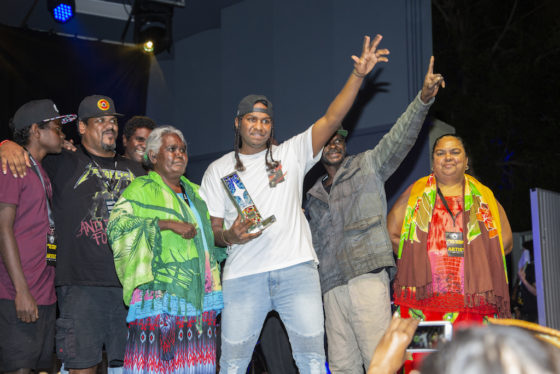 The National Indigenous Music Awards will this weekend honour two iconic names in Indigenous music this weekend, with folk trio Tiddas and soul singer Wilma Reading inducted into the Hall Of Fame at Saturday’s event under the stars at the iconic Darwin Amphitheatre.

Tiddas formed in 1990 by members Lou Bennett, Sally Dastey and Amy Saunders, releasing their first EP ‘Inside My Kitchen’ in 1992, going on to score two ARIA nominations. Their seminal 1993 album ‘Sing about Life’ achieved gold sales status and was followed up by a self-titled album which debuted in the top 30 in 1996 and delivered a third album in 1997, before calling it a day in 2000 as one of the most successful Indigenous acts of the 90s.

Wilma Reading began her career singing for friends in 1959 at the Brisbane Jazz Club before heading to the USA where she released singles, performed on Johnny Carson’s Tonight Show, toured with Duke Ellington and held down a residency in New York’s famed Copacabana nightclub. The first ever Indigenous artist to achieve success overseas, she has performed across the world with orchestras, in movies and on TV across five continents, these days living back at home in Far North Queensland (now 79 years old) after a proud international career.

Wilma Reading will also perform at the awards this Saturday and will join performances on the night from Archie Roach, Jessica Mauboy, Dan Sultan, Electric Fields, Tasman Keith, Indigenous choir collective Spinifex Gum, Yorta Yorta soprano Deborah Cheetham, Larrakia nation’s Kenbi Dancers and Indigenous violinist Eric Avery, creating what must be one of the greatest and most diverse gatherings of Indigenous talent ever assembled.

Tickets are on sale now, available through Darwin Festival at https://bit.ly/2FaBxDK.