Ozflix, the Aussie movie global streaming service, will stage and stream the first Independent Film Awards in the first half of 2018.

The Awards, already dubbed “The Ozzies”, will recognise achievements in independent Australian films made for less than A$5 million.

Co-Founder and CEO Ron Brown said this week “when you consider that 76% of all Australian feature filmmaking is budgeted under $ 6 million, it is way past time we celebrated this tougher end of the industry. If you are working within these budget constraints, every achievement is that much greater.”

Feature Films and documentaries completed in 2016 and 2017 and produced in Australia, by Australians or under official Australian co-production treaties are eligible if the total budget is less than $5 million. Indigenous films can be either narrative, documentary or shorts. Non-indigenous shorts are not eligible in 2018. Films will be able to be entered until January 21st at an early entry fee of $25 (Under $500K budget category and indigenous shorts) and $50 (budget over $500K). A late entry deadline of February 7th will attract a late entry fee.

Jury members will be drawn from across the indy sector and will include representation by filmmakers, performers, critics, distributors and exhibitors. Brown says “it is important that indie filmmakers have faith that our new Ozflix Independent Film Awards are truly independent, fair and represent all sectors of the industry. Our Steering Committee is well aware of the need to hear all voices in the judging process”. Confirmed jurors to date include 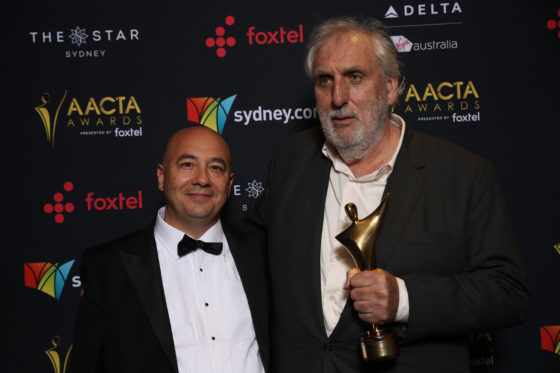 Entries are open now. Entry forms and submission details are available from www.ozflix.org/awards-2018.

Prizes will be offered, and the organisers are keen to offer cash rewards along with trophies and certificates, subject to industry support. Ozflix is currently talking to major industry suppliers to encourage their participation in sponsoring the prize categories.

The Ozflix Independent Film Awards ceremony is planned to be held Saturday April 7th, at The Alex Theatre in St Kilda, Melbourne.