The Queensland Ballet’s has a Fairy Tale Ending in the Bag. 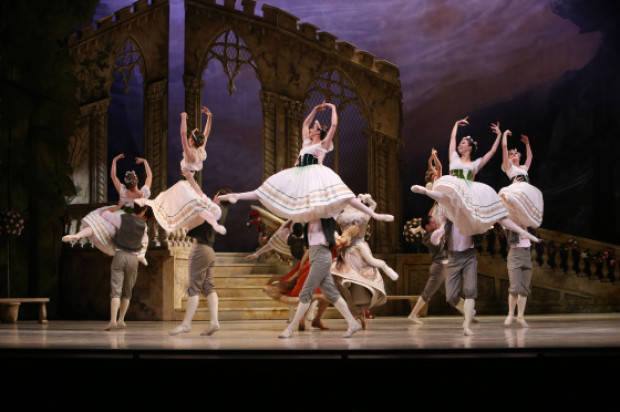 On Centre Stage.
The Queensland Ballet’s has a Fairy Tale Ending in the Bag.
By Douglas Kennedy.

As Australia holds its breath for a fairy tale ending in the upcoming World Rugby final against the New Zealand All Blacks, the Queensland Ballet is manufacturing its own on a regular basis.
The QB’s celebratory artistic director, Li Cunxin, of universal Mao’s Last Dancer fame, is turning the world’s most famous nursery ballets into a woodland cottage industry fit for the most pristine pop-up book characters.
Since Li’s debut in the AD role back in 2013, the company’s main house productions have embraced some of the most romantic and enduring titles in ballet history, including Romeo and Juliet, La Sylphide and Coppelia as well as timeless storybook icons such as Peter Pan, Cinderella and The Sleeping Beauty.
The Sleeping Beauty, who is cursed by the wicked fairy Carabosse and sleeps for a century, before being brought back to life by a kiss from a prince named Desire, is presently enchanting capacity audiences at Brisbane’s Lyric Theatre.
But lining up in the wings at the Queensland Performing Art Centre are the children, and their magical toys, from The Nutcracker, who will, undoubtedly, win the hearts and minds of Brisbane yet again.
The QB’s magical maestro have such a charmed professional life that one half expects it to snow lightly Christmas card style in Brisbane any Christmas season soon.
The Sleeping Beauty and The Nutcracker were much loved creations from Russian composer Pyotr Ilyich Tchaikovsky, whose third ballet masterpiece, in a too short life, was Swan Lake.
The Sleeping Beauty premiered in St Petersburg in 1890, but the AB’s ballet master, Greg Horseman, first choreographed this version for the Royal New Zealand Ballet in 2011.
The show – which lives on stage for some two hours and 30 minutes (the original production lasted four hours) – is more splendid as a whole then in its sum parts.
That’s because this forest evergreen is choc-a-bloc with outstanding creative talent in every department from the special guests Alina Cojocaru (English National Ballet) and Chi Cao (Birmingham Royal Ballet) to the QB’s resident stars such as Clare Morehen and more.
Gary Harris’ set and costume design are stand outs as well as the Queensland Symphony Orchestra, under the leadership of Nigel Gaynor, and of course the backbone of any main house QB production is the company itself.
The night we saw the show Katherine Rooke danced Princess Aurora, while Shane Wuerthner was Prince D, and the bravos reigned down like confetti at a country church wedding.
The show was packed with glitz, glamour and glorious make believe magic, which the theatre offers in spades, while outside it is too often appears a somewhat dark world of impending damnation.
The next offering – and the final one for 2015 – is Ben Stevenson’s US interpretation of The Nutcracker first staged for the Houston Ballet in 1976. 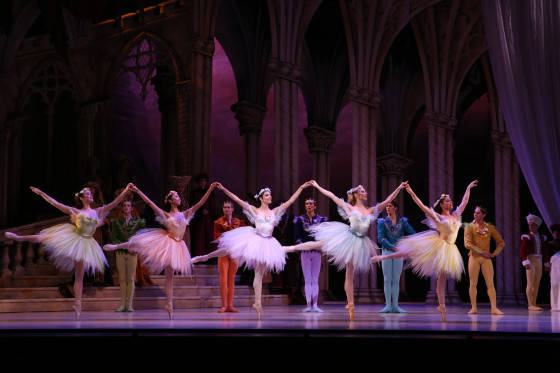 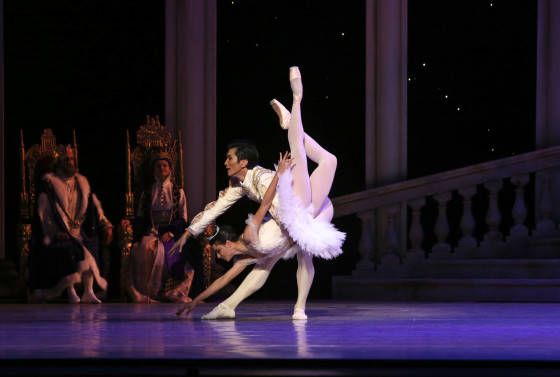 Li, who got his western start with the Texas company, will be presenting the family favourite for the third year running with at least a fourth season scheduled for Christmas 2016.
The work premiered on December 18, 1892, at the Mariinsky Theatre in St Petersburg, but the story was not well received at first.
Tchaikovsky’s popular score, however, saved the day and the dance production grew in stature with Stevenson’s production becoming one of the most popular.
Today The Nutcracker is performed throughout the US at Christmas time and is a well-established feature of the Houston program.
Now Li hopes to create a similar tradition in Brisbane as the show coincides with the rediscovered city Christmas Parade and Pantomime each night until days before Christmas.
The 2015 Nutcracker begins December 11.
As for the snow?
Who knows in these weather weary times?