‘THE REALM’ REVIEW AND TICKET GIVEAWAY

drama political film spanish films The Realm TIFF Toronto International Film Festival by Caroline Russo | on May 15, 2019 | 0 comments | in Film | Like it

The Realm, directed by Rodrigo Sorogoyen is a fast paced Spanish political thriller.

The plot of ‘The Realm’ primarily revolves around Spanish politician, Manuel López-Vidal (played by Antonio de la Torre) who puts his party in jeopardy when the history of bribes and kickbacks that had funded his extravagant lifestyle comes to light. López-Vidal desperately tries to salvage his career while his party tries to get out of this situation with minimal damage to their future in politics.

This film is Directed and co-written by Rodrigo Sorogoyen. Sorogoyen’s filmography is filled with drama and thriller films as well as television directing credits. Prior to co-writing and directing ‘The Realm’, his most successful film was Stockholm, a film about a guy trying to catch the eye of a woman he wants to date.

This film is filled with an experienced Spanish cast who were in films like ‘Volver’, ‘The Last Circus’, ‘May God Save Us’ as well as many more. Although most of these films were primarily screened in Spain, many got wider releases with distribution from companies such as Sony Pictures. 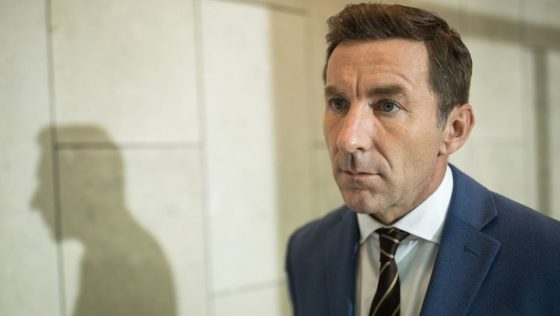 This is a brilliant film. Four stars.
Thanks to Rialto we have some complimentary tickets to give away. Provide your Name, address and phone to [email protected]
Ends May 16th.