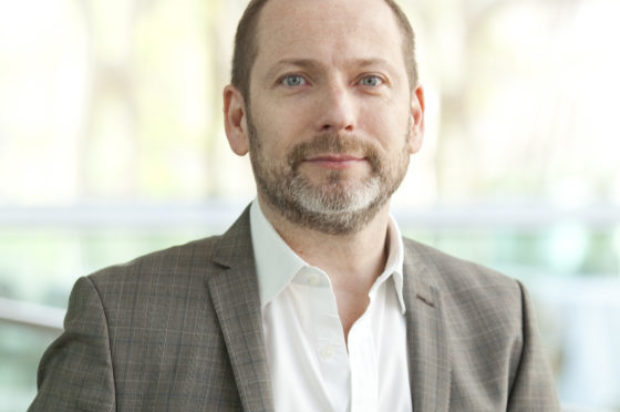 Today Queensland Performing Arts Centre (QPAC) Chief Executive John Kotzas officially welcomed The Royal Ballet to Brisbane at a company rehearsal for Woolf Works with the company’s Director Kevin O’Hare and Choreographer of Woolf Works Wayne McGregor.
During the welcome, QPAC Chief Executive John Kotzas acknowledged the Queensland Government for its continuing support for the QPAC International Series and its ability to attract companies of the calibre of The Royal Ballet to Queensland for nationally exclusive seasons.

The Royal Ballet will present two award-winning original productions, Woolf Works and The Winter’s Tale, as part of the QPAC International Series from 29 June to 9 July 2017.

Premier Palaszczuk said this is the first time The Royal Ballet will perform these two celebrated works outside of its home in London’s Covent Garden, and marks 15 years since the company last visited Australia.

“I am proud that my Government, through Tourism and Events Queensland (TEQ) is committed to supporting the QPAC International Series, enabling exclusive seasons to be secured for the state by some of the world’s most acclaimed performing arts companies.

“In addition to QPAC performances, a selection of The Royal Ballet dancers will also travel to Cairns for a one night only Gala performance in the Munro Martin Parklands on Wednesday 12 July 2017.

“QPAC is renowned for building a program of events and activity designed to enhance audience experiences alongside its International Series seasons. This commitment has expanded further this year by including the extraordinary performance in Cairns.

“I urge Queenslanders to make the most of this momentous visit by ballet ‘royalty’, direct from London’s Covent Garden,” Ms Palaszczuk said.

“Since the inaugural presentation in 2009, the QPAC International Series has seen on average a third of season audiences travelled from outside of Brisbane to see performances, stimulating visitation and the local economy in Queensland,” Minister Jones said.

“We look forward to welcoming visitors to Brisbane and Cairns for this unique cultural program with The Royal Ballet,” Ms Jones said.
John Kotzas highlighted that The Royal Ballet has Her Majesty The Queen as its patron and has nurtured legendary dancers including Margot Fonteyn, Rudolf Nureyev, Robert Helpmann and Darcey Bussell.

“Performances by this outstanding company, both on stage at QPAC and the one night only Gala performance in Cairns are not-to-be missed,” said Mr Kotzas.

“An integral part of our International Series event is also the broad program of events on offer featuring opportunities for cultural exchange between the visiting international company, local artists and the community. The extensive program includes something for everyone from ballet aficionados who want to hone their skills and knowledge with Masterclasses and Creative Insights events, through to those who simply want to experience the joy of movement with a free outdoor programme, Let’s Dance, encouraging participation in many genres of dance for all ages.

“As part of this year’s Series we have also undertaken a four-month community program called We All Dance which provides workshops and masterclasses, exploring dance and movement, facilitated by The Royal Ballet Teaching Artists in collaboration with selected community organisations in Brisbane, Ipswich, Logan, Caboolture and Cairns,” Mr Kotzas said.

We All Dance will culminate in FREE public performances involving participants on Sunday 2 July at QPAC’s Melbourne Street Green as part of the Let’s Dance program and in Cairns at the one night only Gala Performance on Wednesday 12 July at Munro Martin Parklands.

Wayne McGregor’s full-length ballet, Woolf Works, which secured the 2016 Olivier Award for best new dance production, is inspired by three of Virginia Woolf’s landmark novels; Mrs Dalloway, Orlando and The Waves, as well as her autobiographical writings.
The Winter’s Tale, choreographed by The Royal Ballet’s Artistic Associate Christopher Wheeldon, is the first full length adaptation of a Shakespeare play by the company since Sir Kenneth MacMillan’s 1965 production of Romeo and Juliet and is Wheeldon’s eighth work choreographed for the company.

For more information on The Royal Ballet season and full program of associated events go to https://www.qpac.com.au/the-royal-ballet .

To purchase tickets to The Royal Ballet’s Woolf Works and The Winter’s Tale go to qpac.com.au or phone 136-246.

For tickets to the Cairns one night only Gala performance in the Munro Martin Parklands on 12 July 2017 go to www.ticketlink.com.au or phone 1300 855 835.