The show will go on at Woodford Folk Festival 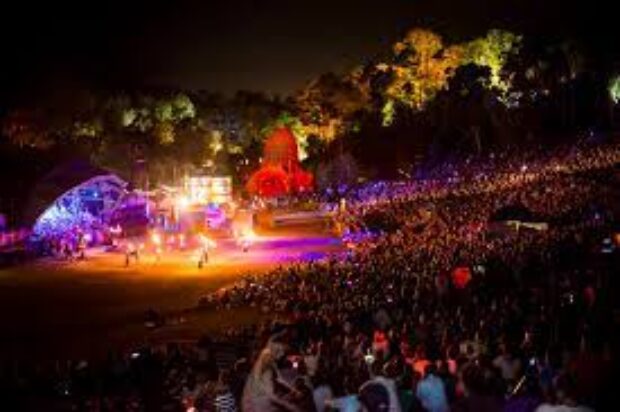 The future of one of the state’s cultural gems has been secured thanks to a $4 million boost by the Palaszczuk Government.

“The annual Woodford Folk Festival, presented by Woodfordia, holds a special place in the hearts of Queenslanders,” the Deputy Premier said.

“I have many great memories seeing local, interstate and international performances at Woodford. It’s a great festival that has delivered ongoing social, cultural and economic benefits to Queensland.

“At its peak, Woodfordia creates over 2,500 employment opportunities for artists and arts workers and contributes $29 million in economic impact to the Queensland economy each year.

“Our $4 million investment will support Woodfordia in its commitment to re-establish the full-sized annual festival in 2022, following impacts from the COVID-19 pandemic.”

Minister for the Arts Leeanne Enoch said the new investment would ensure the homegrown event, first established in 1987, could again present an expansive program with key economic and employment outcomes.

“As one of the nation’s signature arts and cultural events, Woodford attracted more than 120,000 attendees and participants each year,” Minister Enoch said.

“The annual festival presents more than 2000 individual events in more than 30 venues set up across the Woodfordia site, supporting local jobs, boosting tourist expenditure and offering an authentic Queensland experience.”

Woodfordia has navigated the impact of COVID by skilfully reimagining its delivery to create Bushtime, a unique camping and arts experience this year.

Minister Enoch commended Woodfordia for setting its sights on the future despite the impact of COVID.

“It is a credit to the innovation of Woodfordia that it has continued to create relevant and exciting arts experiences, with tickets to Bushtime from 27 December to 1 January still available.”

“I look forward to a positive future for Woodfordia,” Minister Enoch said.

Woodford Festival Founder and Director Bill Hauritz AM said, “The impact of this funding on our organisation and our events, primarily the Woodford Folk Festival, is beyond significant.

“This funding will enable the Woodford Folk Festival to be rebuilt after 2 years absence and to flourish over the coming years, giving thousands of artists and arts workers vital employment and tens of thousands of patrons an opportunity to embrace and engage with the magic of our cultural expression,” Mr Hauritz said.

“Our gratitude to the Queensland Government for recognising Woodfordia’s contribution is immense.”