The Soul Movers Are On The Bona Fide Tour

music tours soul movers The Bona Fide Tour wiggles by Caroline Russo | on August 8, 2019 | 0 comments | in Listings | Like it 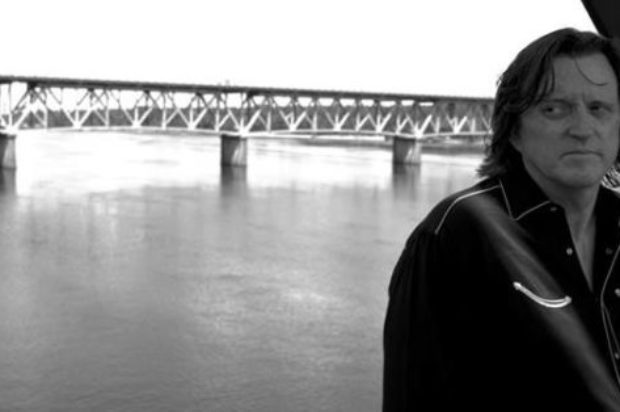 As it turns out, Murray Cook, ex Red-Wiggle, has a dark side… Well, musically-speaking…

Given his performance with mates DZ Deathrays at Splendour last year, and given his selection of AC/DC’s “Highway To Hell”, we all now know that he likes to rock out (stay tuned for news on another Splendour appearance next year).

So, when Murray, on one of his many deluxe vintage guitars, and power-vocalist Lizzie Mack turn up the power by joining forces with local legends from Muscle Shoals, Alabama then stack on rock drummer Stu Wilson, things get totally blown out of the water.

All of a sudden, The Soul Movers are moving souls in a different direction from what you would expect – and given their usually calm and friendly demeanours… Something in the dark depths of the Mississippi River perhaps…?

Murray and Lizzie have now fully recovered from their whirl-wind recording trip across seven legendary US studios in the deep, Southern US States. 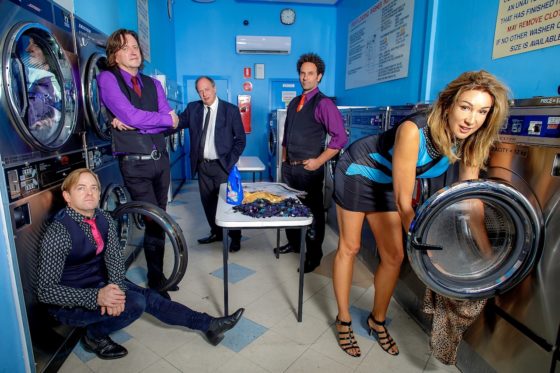 “This track stood out right from the start’ says Murray. It had a really different energy around it… kind of like it was coming to us from a different place and time…” Lizzie agrees, laughing, “but it was a pretty difficult birth… the sticks of many drummers were snapped in the recording this track”. Murray agrees: “We actually had three drummers on it in The States and then our drummer, since returning from the US, had a crack at it. Stu actually nailed it in one session – sometimes less is more – power in the right places…” (Stu Wilson spent ten years drumming for band “The New Christs” with lead singer Rob Younger of legendary Sydney punk-rock outfit, Radio Birdman).

This opens up some questions around the visuals that came together for the accompanying clip for “Deep In The South”. With the crazy recording schedule the band set out on. Laying down 14 tracks over seven historical studios (including Sun and Royal in Memphis and Fame – with the hit-making 1960’s legends the “Swampers” at Muscle Shoals Sound in Alabama) in a slim ten recording days there really wasn’t much time for fried chicken and a cold beer, let alone much of anything else.

But the night before their last recording day in Muscle Shoals Sound Studio, the camera crew (the whole trip was also recorded visually) said that they had found this cool, historical bridge and wanted to shoot a clip there the very next morning.

“They told us about a disaster that had happened there in the late 1800’s. You walk out on the bridge and think you can cross to the other side of the Mississippi but it comes to an abrupt stop in the middle of the river. You look down and there is a tree with hundreds of multi-coloured bras hanging in it. On the spot where the passenger train carrying 140 people plummeted to their deep, dark deaths in the middle of the night… it was more than a bit spooky…” says Murray.

“So, we just let the clip happen in a very similar way to the song” explains Lizzie. “We showed up and just played the song to the bridge really. Halfway through the second take (there were only three as we were late to get started back on recording with the Swampers). There was this strange light on the water and I got kind-of mesmerised. We shot more of the river with a drone and then just took off for the studio. We think the atmosphere comes across pretty powerfully in the clip – it all kind of came together. The song, the bridge, the history all melded as one”.

Murray: “Lizzie wrote some song lyrics for the track that have very powerful imagery. They tell a story about the past, the slave history, jobs that don’t exist anymore. We could certainly relate to that given we had a similar sad story with how badly used and abused many of our own indigenous workers were – back in Australia”.

The clip was finished when the band had returned to Sydney, getting stuck straight back into live shows and festivals. The cotton-picking footage is actually from Narrabri, NSW with indigenous pickers working – thanks to the ABC archives. This was intentionally incorporated to show the workers who’s sweat many industries relied on. “The slave accommodation shown in the clip was probably a lot better than what the aboriginal cotton pickers went to at the end of a long day of work in the hot sun” says Lizzie – “We have shares in that sad history here, in Australia. We are well overdue doing something about that in NSW, and good on Queensland for finally starting to pay those generation-old wage bills. It’s a start that we reckon all states need to finish – and fast”.

Be transported by The Soul Movers on their August run of Queensland shows: