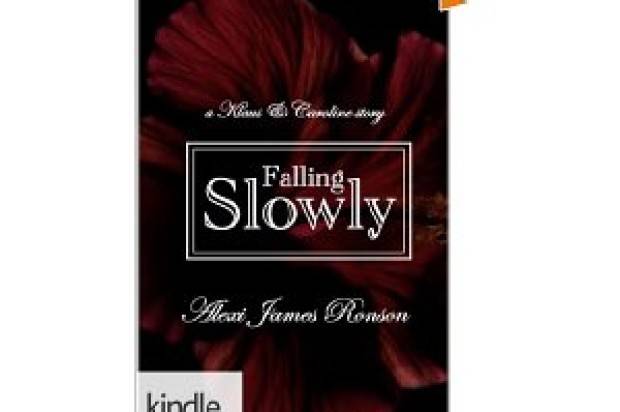 Sandra Lombardo Book Reviver
Welcome to Sandra Lombardo who joins the team at Hush Hush Biz, as our book review contributor and calls herself a damm Yankee a northerner who moved south and never left. Sandra graduated college twice, first with a Bachelor’s of Science in Broadcast Journalism and when that didn’t mesh with being an Army wife, I went back to school to become a X-ray tech. After all that, I ended up in the education field while raising my two awesome children and taking care of the home front as my husband defended our country. Thanks to the Vampire Diaries, I took up writing, which I’d abandoned ages ago, and now spend my free time writing fan fiction and reviewing it for the Kindle Worlds program at Amazon. Here to her very first review and we look forward to many more. 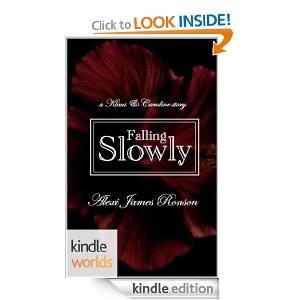 Summary: Klaus Mikaelson. The Original. The Hybrid. And in his own words – pure evil… After centuries of living a life of bloodshed and violence, the last thing Klaus expects to do is fall in love. That is, until he meets Caroline Forbes.
They are wrong for each other in every way; he’s the Prince of Darkness, while she is Miss Mystic Falls. And yet with every day, he finds that his love for her is changing him and everything he is.
Now, more than anything else, he wants to be her last, great love, but with all the evil he’s done, can Caroline ever truly love him?
And even if she does, is it enough to overcome the soul shattering event that began his descent into darkness over nine hundred years ago?

It’s almost unfair to refer to Caroline as a main character in this short story by Alexi James Ronson. Though Caroline plays a vital role in this story, it belongs completely to Klaus. For anyone, Klaus lover or hater, Falling Slowly is a short story that will linger with you for a long time.
That Klaus Mikaelson is a character of true depth in no secret to fans of The Vampire Diaries and, now, The Originals. Through his portrayer, Joseph Morgan, we have slowly been shown a monster who deep down is a man with a tragic past, most of his own making. While the writers have given us a glimpse, it’s Morgan that has brought Klaus the monster to life, leading us to root for him as he pursues Caroline. But, I digress into a fan girl moment when truly, this short story deserves all the attention.
Falling Slowly is a beautifully haunting story of betrayal, love and a man who (as the title implies) slowly learns to be merciful. Author Ronson uses a unique approach to tell her story, intertwining past and present. The author forgoes the usual flashback technique as the past unravels in reverse, starting in the early 1980s and moves backwards, focusing on pivotal moments in Klaus’s life which played a part in turning the man into a monster. That the present moments are juxtaposed against this, revealing the man within the monster is what makes this short story, only 45 pages, one of the best I’ve read from Kindle Worlds and within the TVD fan fiction realm in general.
Many of the moments within this story are chilling glimpses into the monster: revenge against a former friend that sided with Mikael including an implied rape, the complete annihilation of a man’s family after he lends a helping hand to Katerina Petrova, a woman Klaus has spent centuries hunting, and the death of a mother who rejected him. That these atrocities are done with Klaus’s trademark charm firmly in place shows us just how well the author knows this character inside and out. Couple these moments with Klaus’s insecurities as he woos Caroline and you are begging to see this played out on-screen with Joseph Morgan’s singular depiction of Klaus.

Other readers have shared their thoughts on Falling Slowly:
Michelle from Goodreads said:
“The characterization in this story was impeccable, especially where it concerned Klaus and Stefan. I wasn’t as in love with the last Klaus/Caroline scene as much, and as a whole, it seemed to me that this was a story, truly, about Klaus himself instead.”
R. Lawshea at Amazon commented:
“Love this book! Author really captured the two characters really well! Such a great read!”

Favorite Part: The last flashback, when we get a glimpse of Nik right before he becomes Klaus. Incredibly heart wrenching and true to the character.
Least Favorite Part: Same as above. A child rejected by its mother is literally heart wrenching.
Five stars all the way for this short story. Best $1 you’ll spend this week.