festivals in qld john farnham LIVE MUSIC the voice Toowoomba Carnival of Flowers by Caroline Russo | on May 13, 2019 | 0 comments | in Entertainment | Like it 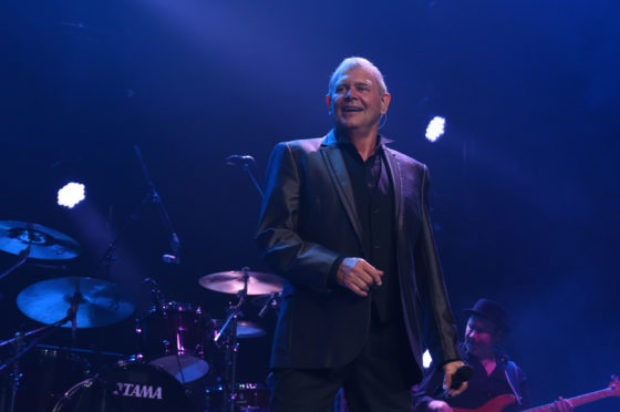 John Farnham to headline The Heritage Bank Festival of Food & Wine at the 70th Toowoomba Carnival of Flowers: Sept 22 Australia’s most iconic ‘voice’ in John Farnham has been announced to headline the music program at the Heritage Bank Festival of Food & Wine in Queens Park over the opening weekend of the 70th Toowoomba Carnival of Flowers! The stunning announcement comes two weeks after the 70th anniversary program was unveiled featuring a history-making 77 events!

In a country of 22 million people, John Farnham is the one Australian artist who stages arena-sized concerts whenever he tours to satisfy the demand. He is, without challenge, Australia’s most successful solo artist, on-stage and on record; his Whispering Jack album was the first album to sell over a million copies in Australia alone, and on Sunday September 22 he will close the opening weekend of the Toowoomba Carnival of Flowers in what will be an epic music event.

Peter Lock, CEO of Heritage Bank said the news didn’t stop at John Farnham! “The music line-up at The Heritage Bank Festival of Food & Wine this year is nothing short of spectacular.
John Farnham is the biggest name we have ever welcomed to opening weekend, and we cannot wait to see and hear him play under the lights at Queens Park on Sunday, September 22, to what will be a capacity crowd.”

“The weekend features a program of talented music-makers, with new and emerging bands on the Friday night, epic sound creators on Saturday playing some of the biggest songs in history, and then a Sunday led by the man himself. Of course, The Carnival Choir is a wonderful new initiative to celebrate the 70th anniversary, and one we hope will become a permanent highlight of the weekend.”

The Heritage Bank Festival of Food & Wine opens on Friday September 20 with the all-female, four-piece ensemble Pink Matter laying down a cool neo-soul and urban sound, before Sydney-based performer Sloan Peterson takes over with her modern garage rocks-meets-50s guitar pop. Closing the night is Middle Kids, an indie rock band from Sydney, led by lead singer/guitarist Hannah Joy and her husband, Tim Fitz.

On Saturday September 21 the program opens with famed funk, hip hop, blues, soul and dance music makers Electrik Lemonade (who were in contention to represent Australia at Eurovision 2019!), before powerhouse tribute band Forever Queen takes over, followed by internationally acclaimed ABBA tribute group Bjorn Again closes. This will be a night of epic anthems!

On Sunday September 22 the program features Brisbane brass fuelled funk festival band Cheap Fakes follows, before iconic Australian band Dragon takes to the stage. To close the opening weekend, the man himself John Farnham will perform in front of an expected capacity crowd.

Over 10 glorious days from September 20 to 29, the Toowoomba Carnival of Flowers will shine as Australia’s most beautiful event. Over 1,100 hectares of public parks and private gardens will be on display this year shining with over 180,000 bulbs and seedlings in full bloom. Gardeners across the city have been planning and planting over the past month to ensure everything blooms in a perfectly timed carpet of colour for the expected 250,000 locals and visitors who celebrate the event.

Toowoomba City Cr Geoff Mc Donald said, “What makes Toowoomba Carnival of Flowers so special is that there is so much to experience – if you love emerging music, we have that. If you are a gardener, we have plenty! If you are a foodie, then prepare for flavour overload. If you love a low and slow BBQ with a beer to match, that’s easy! If you are here for gardening tips and tricks, then take a seat. If wine is your thing, then choose a colour! If you want to learn the history of our classic pubs, take in a steam train ride, experience a Tombstone Tour, be wowed by an amazing teapot exhibition or be surrounded by hanging flower baskets, then we also have all that!”