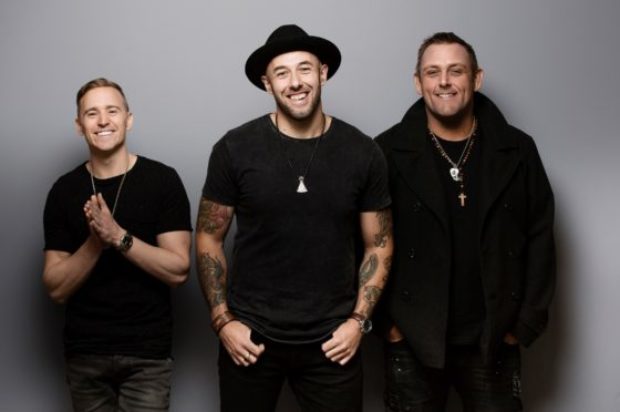 Tasmania’s The Wolfe Brothers have debuted at #9 on this week’s ARIA Chart with their new album – their fourth – Country Heart. This is the band’s highest ARIA chart entry position to date beating their last album, This Crazy Life, which came in at #10 on release in June 2016. This is a great effort when you consider Ed Sheehan holds three of the eight spots before them.

For the band, the charting position is all due to their fans. “We are all stoked and really proud of this ARIA Top 10 debut,” says lead singer Nick Wolfe. “We have our fans to thank for going out and buying the album and giving us our highest ARIA all genre chart position to date.”

All four of The Wolfe Brothers albums have entered the ARIA chart in the Top 20. The last two albums, Nothin’ But Trouble and This Crazy Life, and this new release Country Heart, have all debuted on the ARIA Country Chart at #2. The band penned the album on a songwriting trip to Nashville last year where they collaborated with a number of different writers, with the objective to create a different sound and deliver songs that would hopefully take the band to the next level.

After three highly successful albums, the band felt ready to take a big step with number four. “We really wanted to do something different, something that would reach a wider audience and something to show that we have grown and matured as a band and as songwriters,” says bassist Tom Wolfe. “We are very proud of this album and we feel that we achieved what we set out to do and to see it debut at #9 is very satisfying and a great start to the next chapter for the band.”

The Wolfe Brothers enlisted award-winning producer Matt Fell to produce their fourth studio album in his Sydney studio. “Matt was amazing to work with,” says lead guitarist Brodie Rainbird. “He is also a great musician and he really understood our need to do something different with this album. In the past we have always been a guitar driven band. This time we never picked up a guitar until we were two weeks into the recording. We took the time to work on the parts of every song. It is not a massive departure from the past Wolfe Brothers records, it is just different, and the response from those who have heard the album has been incredibly encouraging for us.”

The band’s management are presently putting together the Country Heart National Tour to run through 2018. As soon as the word came through about Country Heart Top Ten ARIA Chart position the boys called their local pub The Longley International Hotel, which is near their family farm, to ask if they could throw a party to celebrate by holding the first show of their national tour at their long-time local.

“When we heard the news, there was not a second thought about making the first show of our tour a party on home turf at our local pub,” says Tom. “It is for the people who have always been there for us and cracking the top ten means there has to be a serious party to celebrate.”

Tickets will sell-out fast, as they always do when the Tassie boys play at home. The Wolfe Brothers Celebration Party will kick off the forthcoming Country Heart National Tour. “We can’t wait to take this album out on the road and play to the fans around Australia,” says Brodie. “But to kick off the tour at our local pub with 500 of our long-term supporters, celebrating the album’s release, will be a special day. Beer, sausage sangas, outdoor fires, and a stage set in a beautiful country outdoor beer garden – what better way to celebrate with friends. Bring it on, we can’t wait!”

Sunday 27th May 2018 | 2pm
The Longley International Hotel, HOBART TAS
The Wolfe Brothers Celebration Party
Tix via www.oztix.com.au or at the Longley.

The Wolfe Brothers Country Heart National Tour will be announced in coming weeks. The band’s fourth studio album, Country Heart, is out now via ABC Music.