HBO His Holiness Jude Law on the beach ROME the young pope what the buzz by Caroline Russo | on August 29, 2019 | 0 comments | in Entertainment | Like it 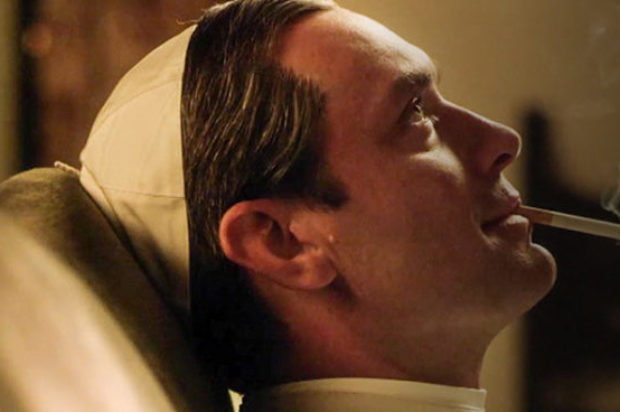 At last thank God, HBO has followed up with the limited series in a follow-up to 2017’s ‘The Young Pope.’

A first look at The New Pope, and it features Jude Law on the beach in pure white swimmers and with such a great checky grin and background of jaw-dropping women.

With Law as Lenny Belardo/Pope Pius XIII enters, the character played by John Malkovich, dressed in what appear to be papal robes, walks through the Vatican to applause from an assembled crowd while an instrumental version of “All Along the Watchtower” plays underneath.

The New Pope, a limited-series follow-up to 2017’s The Young Pope, has its world premiere screening Sunday at the Venice Film Festival. A premiere date on HBO hasn’t been set.

The Young Pope ended on an ambiguous note, and creator Paolo Sorrentino has kept details under wraps and the suspense and wait will be worth it.

Sorrentino directs every episode and writes The New Pope with Umberto Contarello and Stefano Bises. The Sky, HBO, and Canal+ series is produced by Lorenzo Mieli and Mario Gianani for Wildside, part of the Fremantle family, and co-produced by Haut et Court TV and The Mediapro Studio.

Watch the teaser above.