brisbane theatre depression james rowland one man show QPAC by Caroline Russo | on March 10, 2017 | 0 comments | in Theatre | Like it 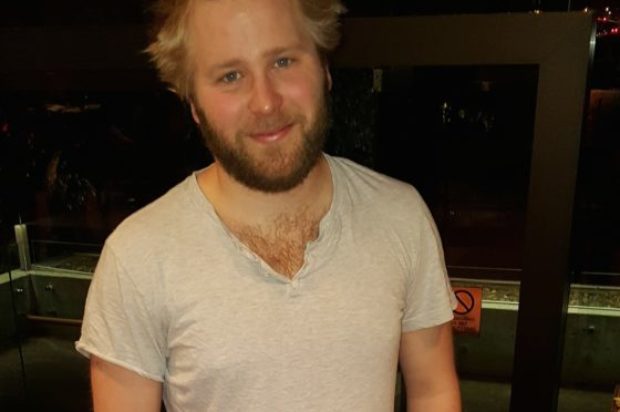 Direct from the UK, the touching and funny play, Every Brilliant Thing that opened up at Queensland Performing Arts Centre’s (QPAC’s) Cremorne Theatre Wednesday 8 and will finish Saturday 11 March 2017.

Every Brilliant Thing is a heart-wrenching and yet hilarious solo artist play about depression and the lengths people go to for the people they love. James Rowland who play out this one man play with audience participation as the storyline encompasses a six-year old boy whose Mum is in hospital. His Dad says she’s ‘done something stupid’. She finds it hard to be happy. The boy makes a list of everything that’s brilliant about the world. Everything worth living for:

After twenty years and thousands of entries of things that make life worth living, what begins as a naive way of overcoming tragedy, becomes a reminder of the joy found in the smaller things in life.

British actor James Rowland takes on the role that has earned a string of awards and nominations including New York’s Drama Desk Award.

James has performed in theatre, radio and television, recently performing in immersive theatre* shows including, The Crystal Maze, Heist, and You Once Said Yes. He won The Origins Award at the 2016 Vault Festival in his debut storytelling performance Team Viking in London and Edinburgh.

This intimate and poignant show is an unforgettable experience for adults and teenagers alike. Don’t miss the chance to see Every Brilliant Thing and keep an eye open for touring in other states.