Abridged Arts Theatre williamshakespeare by Caroline Russo | on November 13, 2019 | 0 comments | in arts | Like it 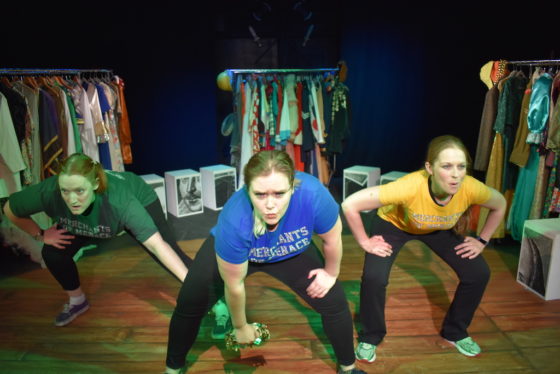 The Complete Works of William Shakespeare (Abridged) is a fast and furious celebration of the playwright many believe to be the world’s finest.

This UK show, first presented at the Edinburgh Festival Fringe back in 1987, has played both in London (It had a nine year run) and around the world.

It works – with the right cast – because it is largely light hearted and doesn’t demand its audience to be particularly scholarly, although a little knowledge doesn’t go amiss.

The Complete Works generally features three male actors, but this new Javeenbah production demonstrates that three anything goes over-the-top comic women can do it justice with a little audience participation.

Opening night was a hoot with Cassie Baan, Laura Coulton and Kaela Gray moving through the Bard’s 39 works at break-neck speed.

Another Complete Works tradition has seen it played without an interview but director Liam Mathers opted for a 20 minute interval between the final salute to Hamlet and the rest of the theatre catalogue.

Talking of director Mathers he has done a rest-rate job of keeping his full on cast together for the sake of coherence. 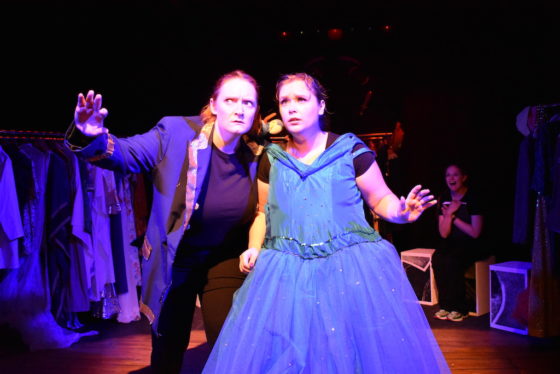 The first half is also top heavy with a Romeo and Juliet parody at the beginning and the bloody Titus Andronicus presented as a cooking show, before a quick sweep through the histories, comedies and plays which defer any particular category.

There’s even a biography of Shakespeare which somehow manages to get all mixed up with the 20th century’s most detested fascist Adolf Hitler.

There’s a certain amount ad libbing in the Complete Works, which the cast comfortably sail through, but it’s the bonding between the three performers which really makes it work.

The actors are on and off the stage, talking to the audience, and in the Hamlet finale even bringing audience members on stage to recreate Ophelia’s subconscious.

The audience is divided into three sections to represent her ego, superego and id before the audience is treated to a 43 second versio 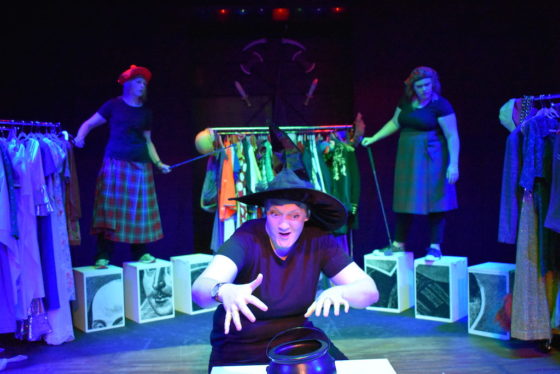 It might sound complicated but really works thanks to Cassie Baan, Laura Coulton and Kaela Gray, who make knowing what you are doing – and even not knowing – extremely funny.

The Complete Works both deserves and needs an audience to keep the Shakespeare bubble dancing across the Javeenbah stage.

Disclosure: Douglas Kennedy is a member of Javeenbah but did not work on this production.