fangirls fans MUSICAL FUN Queensland Theatre by Caroline Russo | on September 15, 2019 | 0 comments | in Theatre | Like it 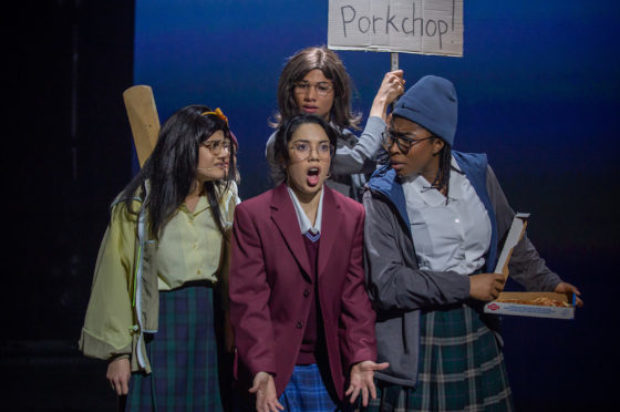 The Queensland Theatre’s co-production of Yve Blake’s ton-of-fun youth musical, Fangirls, has enough raw energy to keep Brisbane’s power running for a month.
That’s now long audiences have to catch this vibrant look at the world of young teenage girls, and their passion for boy groups and bands, that have become such a potent part of the modern musical landscape.
This world might be a mystery to a generation of mums and dads – and more likely grandparents – but its oh-so real to a besotted youth. 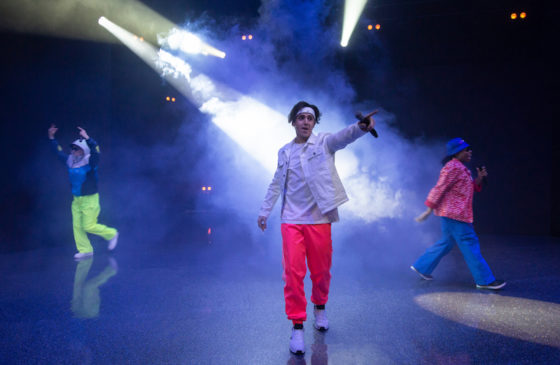 Of course every post-war generation had its musical heroes from the Beatles and the Stones to the likes of David Cassidy (who captured the heart of the woman sitting next to us on opening night).
But now thanks to the living language and modern technology it all seems so new and different, although the heart felt emotions haven’t changed. The show’s promoters called it a force of nature.

In Fangirls, award-winning writer, comedian, actor and composer Blake introduces the audience to a trio of girls who are crazy about the boy band True Connection (One Direction get it?) and their lead Harry (Aydan).
The girls – Edna (Blake), Jules (Chika Ikogwe) and Brianna (Kimberley Hodgson) – all believe Harry is the hottest dude on the planet.

However, Edna takes her fantasy to the next level encouraged by her on-line fan buddy Saltypring! (James Majoos) and dismayed by her single mum Caroline (Sharon Millerchip).

Edna decides to take her fate into her own hands – there’s no spoiler in this review – when mum announces that there’s not enough money in the kitty for Edna to attend the True Connection concert. Like so many oldies before her she simply doesn’t get it.
The show is packed with contemporary catchy original songs and lots of insight into the teenage mind – Blake interviewed hundreds of young girls researching the show – but ultimately Fangirls is a fast moving slice of entertainment.

The young first night audience gave the show a well-deserved standing ovation – while the smattering of oldies tended to remain in their seats – but I’d like to think that folks such as my wife and I got it.
Fangirls is for a new generation and it’s a pretty exciting and energised one to boot. There’s some terrific emerging talent in the cast and a brilliant creative crew behind the scenes, but Yve Blake is undoubtedly the star turn here in ever department.