brisbane now arts Hitchcock north by northwest QPAC Stage Shows by Caroline Russo | on November 30, 2018 | 0 comments | in Theatre | Like it 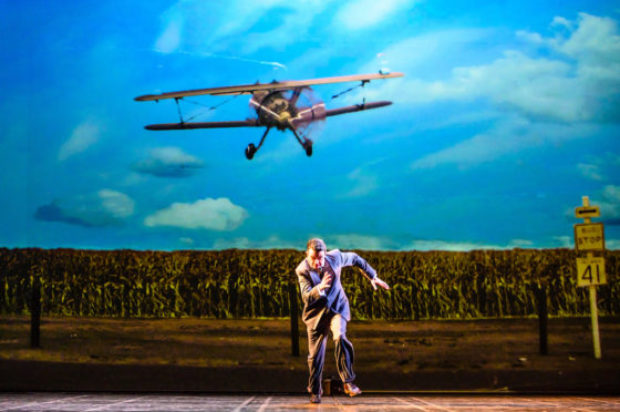 North by Northwest Arrives at QPAC

Alfred Hitchcocks classic suspense thriller North By Northwest has made the unlikely leap from the screen to stage in a thrilling production directed Simon Phillips and written by Carolyn Burns.

The play follows Roger O. Thornhill (Matt Day), an advertising executive who is mistaken for a government agent. He is endlessly pursued by a cold-blooded spy (Johnny Pasvolsky). Thornhill’s journey takes us cross country from the Manhattan skylines to the canyons of South Dakota. Along the way he meets a mysterious young woman (Amber McMahon). 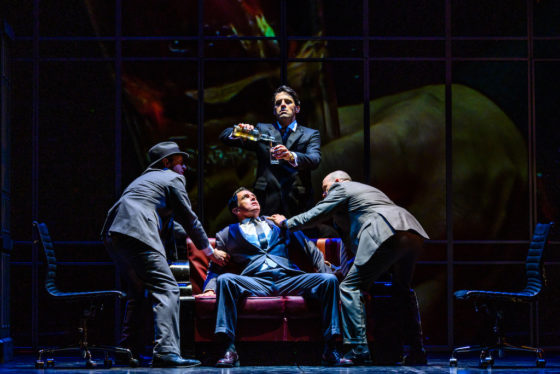 Those familiar with Hitchcock’s masterpiece would immediately deem a stage adaptation an ambitious if not impossible venture. This incredible production will delight audiences from start to finish. It would be quite unfair to reveal how this sweeping production manages to take its audience from the streets of New York, to a cross country train ride, on car chases and to field with a plane not so far in the distance. Be prepared to be surprised.

Set design aside, the production has formed a stellar cast. Day is wonderful as Thornhill, while McMahon is charming as Eve. Theatre veteran Abigail McKern is a scene stealer as Thornhill’s mother. She also pops up in various roles throughout the play. Brisbane theatergoers will recognise Leon Cain who features in a number of small roles. The wonderful Robert Menzies also stars as The Professor.

This is a triumphant feat and a wonderful treat for Queensland audiences as 2018 draws to a close.