Actors casting Javeenbah Theatre Company THE ACTRESS by Caroline Russo | on September 17, 2019 | 0 comments | in Theatre | Like it 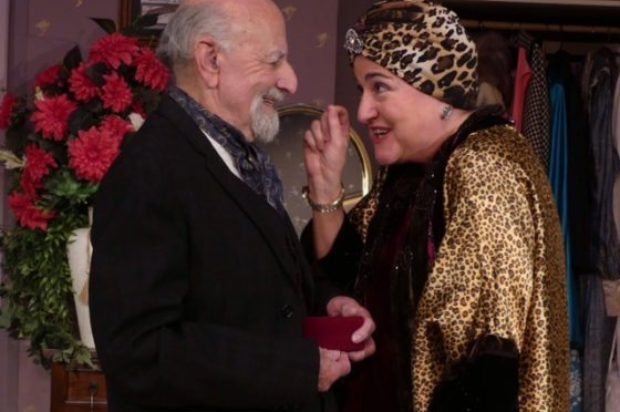 There’s a story of an ageing diva who had a wild and eventful career, but spent her final months being cared for by a socially conservative niece in her Parisian apartment.

The legend has it that the dying actress, who had played all the great roles and had many lovers, would reflectively bemoan the fact that she hadn’t had a more conventional life with a steady husband and children.

The fact, however, is that each and every one of our lives has its own destiny and some artists are born to walk the boards and crave the spotlight until the end of their days. 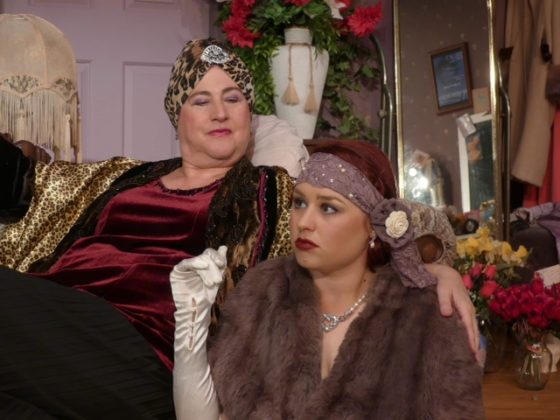 Lydia Martin, The Actress, appears to be such a character, but when we meet her she’s preparing to take a final bow in a production of Anton Chekov’s The Cherry Orchard before heading off to Switzerland with her ageing fiancé.

The play, which has been described as a bitter sweet comedy, follows Lydia’s emotional journey through that last night as she deals with various individuals who have shaped her professional and personal life.

Director Helen Maden has set The Actress in an Australian theatre in what appears to be the 1920s, or maybe ‘30s, and it suits the tone of the work.

In the two-hours plus of the evening we meet a succession of characters, whose relationship with Lydia are various and complex, and gain insight in a life which superficially might appear selfish and self-serving.
She’s the planet they all obit, but they also have their own hopes, fears and even demons, which are drawn out as the brandy flows and varied feelings bubble to the service.

There’s the faithful dresser Katherine (a stoic Candice Smee appears to be devoted but there’s an air of mystery about her) and an ex-husband Paul (Rob Horton) who cares despite carrying on behind Lydia’s back during their marriage.

Rob Horton deserves a special mention for bringing the era director Helen Maden wants to life by creating a character, complete with evening dress, who could have stepped out of a Noel Coward play.

The daughter Nicole (Hannah Collins) brings love and a touch of sadness to the play as her scenes with mother explore their sometimes strained mother-daughter relationship.

Hannah Collins does a fine job of showcasing the poor little rich girl, whose mother probably seemed too remote at times.

Two characters, who appear to have the most strained relationship with Lydia, the seemingly gushing agent Harriet (Carole Lange) and the spikey company manager Margaret (Amy-Louise Anderson) play nice and nasty well.

Lastly there’s Charles the long suffering would be fiancé (good to see Joel Beskin in a delightful cameo) whose patience is tested throughout.

The Actress is as much a study in characters as a striking yarn but is a worthy addition to the genre of plays celebrating theatrical life and sits comfortably with the likes of The Dresser by Ronald Harwood and Noel Coward’s Red Peppers.

It would be amiss of this reviewer to leave The Actress without a mention of Javeenbah’s excellent backstage creative crew and the dressing room set (designed by Helen Maden).

Finally a note on the prolific playwright Peter Quilter whose play about Judy Garland, End of the Rainbow, has just been adapted for the big scene as Judy with Renee Zellweger in the title role. The production, which is tipped to be released soon, has an Oscar buzz about it.