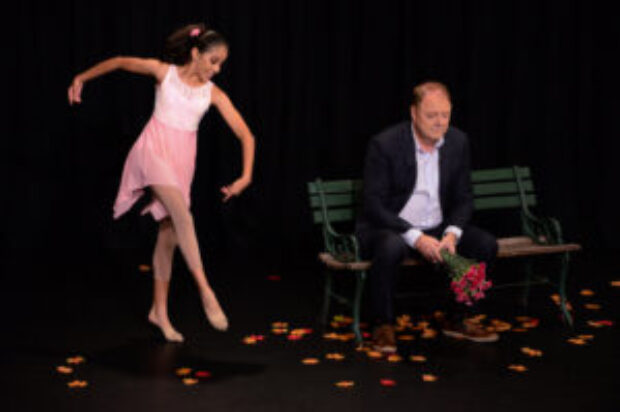 A new theatre company, Wild Dreamer Productions, which encourages its audience to think outside the box was launched at Hota on the Gold Coast this weekend.

VOID is a two- hander, written and directed by Chamkaur Gill, which explores the sense of loss and pain felt by a mother (Aarti Bajaj) and father (Lance Jones) pining for their daughter.
The girl was abducted 14 years before, but their grief is still tangible as they express their individual feelings in two beautifully delivered major monologues in act one and two.
The production, which runs for 90 minutes with a 20-minute interview, also uses poetry, song and dance against the backdrop of a simple set.

“This reviewer can understand their grief and guilt as I have been estranged from my daughter for the past 15 years,” says Schulz.
“Although my circumstances are different, I had a keen sense that there were similarities.
“As I sat in silence and listened to the buzz of the audience around me, during the interval and at curtain down, I was happy to acknowledge that Wild Dreamer had done something that I wanted to achieve in my own shows.

“That is to bring about conservations in regard to topics that most people wish to avoid.”
Through VOID, Wild Dreamer wants its audience to understand the impact of child abduction on families and the immediate community.
With a little more polish in the overall the production, Wild Dreamer will have created something which demonstrates that victims are not isolated.
I would urge anyone interested in seeing challenging theatre to support Wild Dreamer and look forward to a return visit of Void after this short run.

Note: Nathan Schulz is a producer, director, writer and actor working on the Coast as The Drama Merchant. His last production was Venus in Furs as part of the Brisbane Anywhere Festival.