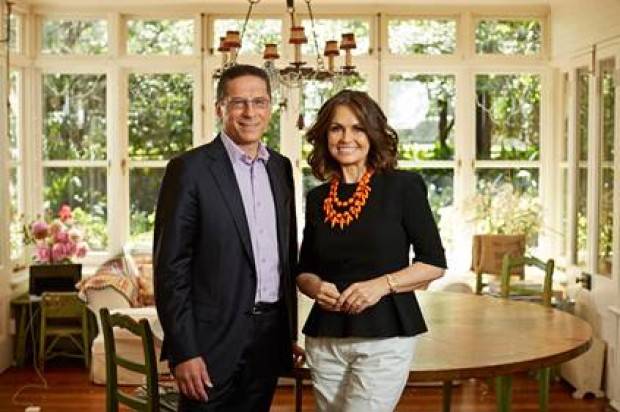 From schoolyard victim to household name: TV personality Lisa Wilkinson talks to Alex Malley on The Bottom Line on Saturday, May 3rd at 4pm.

Journalist, broadcaster and television personality, Lisa Wilkinson, explains how her early childhood experiences with school-yard bullying have helped shape her career and successes, in an exclusive interview with Channel Nine’s The Bottom Line (airing Saturday 3 May at 4.00pm).

In this personal and inspiring tell-all, Wilkinson reveals to host Alex Malley (Chief Executive of CPA Australia) that being a target of bullying at an early age forced her to give up her dreams of becoming a ballerina.

Wilkinson, who grew up in Campbelltown in Sydney’s western suburbs, tells Malley that whilst giving in to the pressures of bullying is still her biggest regret, the defining moment also serves as a great reminder for her in her day-to-day approach to life and work.

“I made a promise to myself that I would never let anyone else decide who I am…the slate was wiped clean and this was my version of me that was going out into the world.”

Three decades on, Wilkinson’s career has traversed the Australian media landscape, culminating in her highly successful partnership with Karl Stefanovic as co-hosts of the Nine Network’s popular TODAY show.

Wilkinson tells Malley about her extraordinary journey, including her appointment as Dolly magazine’s editor at just twenty-one years old.

“The thing is, I was thrust into the role so quickly, and at such a young age, that no-one had really taught me any of the rules of being an editor. So I wrote a few of my own…and probably broke plenty. But my desire was to be brave, break the mold, try new things.” And that included experimenting with the typical Aussie “look” of the Dolly covergirl. A gamble that resulted in Lisa discovering a previously unknown, 14 year old redheaded Sydney schoolgirl called Nicole Kidman. It was her first-ever magazine cover. Lisa went on to almost triple Dolly’s circulation.

At 25, Wilkinson was headhunted by Kerry Packer to edit ACP’s Cleo magazine, a role she held for 10 years. Later she became Cleo’s International Editor-in-Chief, running editions in New Zealand, Singapore, Malaysia and Thailand.

In 2013 Lisa became only the second female journalist since Jana Wendt asked to deliver the prestigious Andrew Olle media lecture, which she did to enormous industry-wide acclaim as she addressed the challenges faced in the media by women.

“The thing I’m most proud of in my career is teaching young journalists the ropes and then just watching them fly. There is no greater joy.”

Lisa Wilkinson shares her insights with Alex Malley on The Bottom Line – airing on Saturday 3 May at 4pm on Channel Nine.