A Chorus Line Adele Harry Connick Jr Jacob Whitesides by Caroline Russo | on October 23, 2015 | 0 comments | in Music Reviews | Like it After the massive success of ‘21’, Adele is back with her new single ‘Hello’. After winning an Academy Award and selling over 30million copies of ‘21’ Adele is set to release her new album ‘25’ on November 20.

“My last record was a break up record and if I had to label this one I would call it a make up record. I’m making up with myself. making up for lost time. making up for everything I ever did and never did,” said Adele.

‘Hello’ is everything Adele fans have waited for, and more. The singer/songwriter has yet again created a track with moving lyrics and music that will fill you with emotion.

Adele’s flawless and powerful vocals serenade throughout the track with a soft introduction then powering into the chorus “Hello from the outside”. Adele’s incredible vocal range is showcased in this song with strong and high notes mixed with soft deep notes to create a shape and emotion that matches the powerful lyrics of the track.

The simple piano, percussion and back-up singing blend together to create an amazing dynamic and story for ‘Hello’. The last chorus introduces bells and all instruments are strong along with Adele’s vocals to portray all of the emotion that the track deserves.

Once again Adele has created a track that will be a massive hit and is everything fans have been eagerly waiting for. 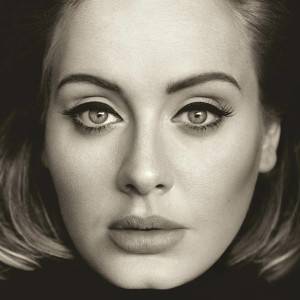 JACOB WHITESIDES – SECRETS
Spotlighted as this summer’s ‘Artist To Watch’ by MTV, Jacob Whitesides has released his track ‘Secrets’. ‘Secrets’ is the first track off Whitesides new EP ‘Faces On Film’. With over 1.5million Facebook fans and 1.82million Twitter followers it’s no doubt that Whitesides will be a great success.

‘Secrets’ showcases Jacob’s gift for songwriting and unique sound musch like Ed Sheeran. ‘Secret’ is a fun pop-acoustic sounding track with a catchy hook for a chorus that shows off Whitesides vocals perfectly.

“T-t-tell me, T-t-tell me, more” sung at the end of the chorus will get stuck in your head in no time and the track shows Whitesides talents as a songwriter. Clapping, bass, percussion accompanies ‘Secrets’ along with acoustic guitar and a faint banjo can be heard in the background. All of these instruments blend perfectly with Jacob’s raw vocals.

The introduction of US artist Jacob Whiteside has not disappointed with comparisons to Ed Sheeran and John Mayer with the looks of One Direction and Troye Sivan; there is no telling where this guy will go. 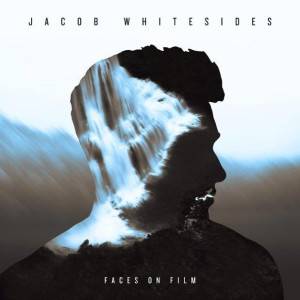 Broadway fans everywhere will kick their legs up in delight as Masterworks Broadway releases ‘A Chorus Line – 40th Anniversary Celebration’. The remastered edition of the 1975 original Broadway cast recording features eight bonus tracks that include songs that did not make it into the final version of the score.

The original cast recording of ‘A Chorus Line’ will take you right to Broadway with the flawless vocals, theatrics and orchestra of the 1975 cast. With hit tracks like ‘Sing!’ ‘One’ and ‘What I Did For Love’ everyone will be singing along and acting out their favourtie scenes.

Early working versions of ‘Sing!’ and ‘At The Ballet’ will take you behind the scenes of how a musical is work shopped and long-lost tracks ‘Joanne’ and Shoes’ shows that there is more to A Chorus Line than thought. Ballad ‘What I Did For Love’ is placed on the Original Broadway Cast Recording as an early working version but still has all of the emotion and power as if it were live on stage.

Even without the bright lights and staging of a Broadway musical, fans can still enjoy A Chorus Line from the comfort of their own homes with ‘A Chorus Line – 40th Anniversary Celebration’ with all of the theatrics and emotion giving solely by the performers vocals. 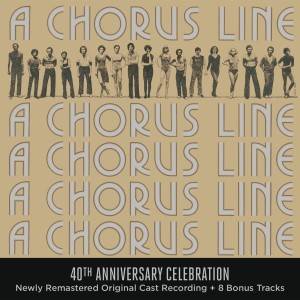 HARRY CONNICK, JR. – THAT WOULD BE ME

Multiple Grammy and Emmy-award winner Harry Connick Jr. has released his new album ‘That Would Be Me’. Working with new producers Eg White and Butch Walker, Connick Jr. has created 11 new songs that will excite all of his fans.

“For the most part, nobody’s ever made musical decisions for me before,” said Connick. “This is brand new territory. I’m used to jumping in head-first, but all of a sudden I found myself not in full control of the wheel anymore.” Connick notes that he picked up on both producers’ styles as they began working together.

“Butch is more of a ‘let’s play the song in the room’ kind of guy, so we invited a couple more musicians in; with Eg, it was a completely different experience – it was just the two of us in a room writing, starting with an idea, a groove or a chord or melody line.”

‘That Would Be Me’ is a fun and different album for Connick Jr. with delivers catchy tracks like (I Like It When You) Smile and more acoustic-sounding tracks like (I Do) Like We Do. Each track keeps within the Harry Connick Jr. sound that fans love with a modern and mature feel.

‘That Would Be Me’ is a great new album from Harry Connick Jr. that shows why he is one of the greats at what he does. Fans won’t be disappointed with his new music. 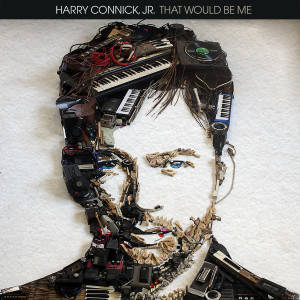