5SOS Miguel Music Reviews The Neighbourhood Tim Omaji by Caroline Russo | on October 30, 2015 | 0 comments | in Music Reviews | Like it After being hailed by by People Magazine as “a very personal work that’s also wildly heartfelt” R&B sensation Miguel has released his new single ‘Waves’. ‘Waves’ comes from Miguel’s #1 album ‘Wildheart’, which is out now.

‘Waves’ perfectly showcases Miguel’s songwriting and musical abilities by creating a unique track only Miguel could deliver. ‘Waves’ is a catchy, upbeat track that will keep Miguel as the superstar that he is.

From the get-go ‘Waves’ is an explosive funky track that will have people up and dancing all night. The static-overlay on Miguel’s vocals emphasizes the beat and catchy melody of the song. The hook “I wanna ride that wave” features throughout the song and will be stuck in your head in no time.

There is no break from sound and beat in ‘Waves’ and is everything that Miguel is known for. This captivating track is accompanied by en equally captivating music video, which you can see here: http://smarturl.it/WAVESvideo

‘Waves’ is available to purchase now. 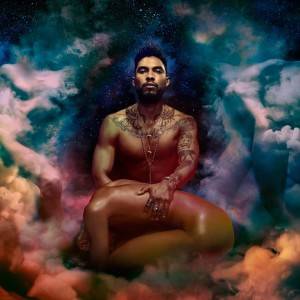 After making a name for himself as Timomatic on Australia’s Got Talent Tim Omaji is back with a brand new single ‘Go To Work’ Omaji recently debuted the track live at the ACRAs on the Gold Coast and will be doing nationwide promotion for the release.

‘Go To Work’ is a funky urban track that incorporates a danceable track to go with Tim’s famous dancing. The track has a catchy chorus of “Go to work/ go to work girl” with a popping beat that will be playing at parties for sure.

‘Go To Work’ has a Jason Derulo-esque sound with the funk tones and dance beat while still sounding like Omaji. Omaji delighted audiences on AGT with his song and dance routines and ‘Go To Work’ will go off when performed live.

The track is a fun dance track that showcases Tim Omaji’s vocal range as well as his energetic energy that will explode on stage.

‘Go To Work’ is available to purchase now. 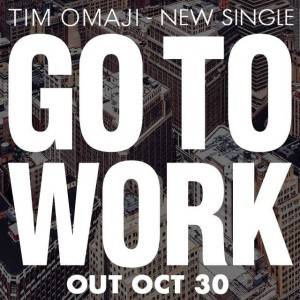 THE NEIGHBOURHOOD – WIPED OUT!

LA based band The Neighbourhood has released their highly anticipated second album ‘Wiped Out!’. ‘Wiped Out!’ features their first single off the album ‘R.I.P. 2 My Youth’ which can be automatically downloaded when the album is pre-ordered.

After their hit single ‘Sweater Weather’ fans of The Neighbourhood are eager for their new material. Once again, the band has created an album that will not disappoint. Jesse Rutherford’s vocals serenade through the album with band members Jeremy Freedman (guitar), Zach Abels (guitar), Mikey Margott (bass) and Brandon Fried (drums) creating amazing accompaniment.

Each track is different from the last with upbeat tracks like ‘Cry Baby’ to a more somber sounding ‘The Beach’. The album has an indie-rock sound with a rough edge with the masked vocals of Rutherford. Fans will love the mix of melancholy and fun tracks on the album.

Fans of The Neighbourhood will not be disappointed with their new album ‘Wiped Out!’.

‘Wiped Out!’ is available now! 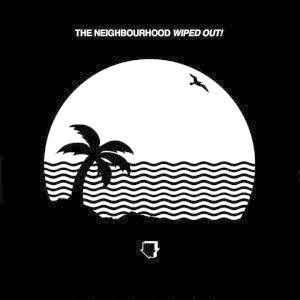 Aussie superstar boy band 5 Seconds of Summer (better known as 5SOS) has released their new album ‘Sounds Good Feels Good’. After selling 5.35 million tracks worldwide and over one million concert tickets sold there is no stopping them.

‘Sounds Good Feels Good’ is everything fans could have hoped for and more. Spending three months writing the album in LA the album is sees the band collaborate again with rock veteran John Feldmann (producer, All Time Low, Good Charlotte, Boys Like Girls) who has executively produced the album.

The album explodes with the first track ‘Money’ followed by the MTV Award winning song ‘She’s Kinda Hot’. Each album has the pop-rock-teenage feel that fans love with fun crashing tracks that will be on repeat everywhere.

5SOS’ new album has sounds of 90’s rock while still giving it their own spin. Each song is its own three-minute party with catchy hooks and body rocking beats. While being a fun-loving album the boys show off their softer side with ‘Jet Black Heart’ and ‘Vapour’.

‘Sounds Good Feels Good’ will have fans everywhere singing and smiling with their fun sound and personality in the album to match. 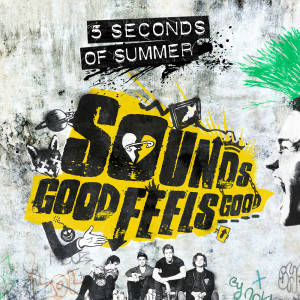