The singer/songwriter/guitarist/banjoist showcases her powerful voice, tremendous songwriting, playful spirit, and bad-ass ways with lyrics that chronicle bad boyfriends, passionate relationships, and heartbreak on the album.

‘Ex’s & Oh’s’ has already received praise from Billboard raving that she is a “mix of Duffy’s vocals, the Black Key’s urgent rhythms and a hook and tempo that recalls P!nk’s “So What” and you have Elle King’s catchy and clever RCA debut”. They are spot on.

‘Ex’s & Oh’s’ is a catchy and upbeat track filled with sass and grit that only Elle’s voice can portray. The song seems to be about ex’s that Elle has left behind even though they are still interested. The static lead guitar rhythm and heavy percussion gives the track all of the angst and attitude that it deserves.

If ‘Ex’s & Oh’s’ is anything to go by, Elle King is soon to be a household name a favourite amongst many. Her debut album ‘Love Stuff’ is sure to be a success and Elle King has definitely earned her title of ‘one to watch’. 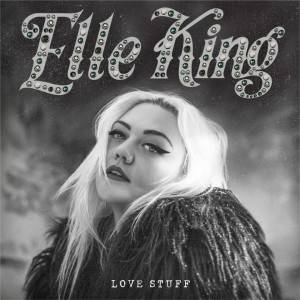 After winning the hearts of Australia on The X Factor and touring with superstars One Direction, Samantha Jade has released her album ‘Nine’. ‘Nine’ is Jade’s first album in three years with all new material filled with catchy pop tunes that everyone will love.

“When we started to make this album my team at Sony asked me what kind of record I wanted to make and I told them I wanted to make a pop record because that’s what I love. I wanted to make pop music that wasn’t too in your face, and had an influence from a number of styles and tempos. I like all different sides of pop music so I really wanted some diversity from the songs I included on the album,” said Samantha Jade.

The album starts with upbeat track ‘Always’ followed by fresh, catchy, and instantly-dynamic hooks that revel in joy and positivity on each track. ‘Nine’ is a true reflection of Samantha Jade’s love for pop music by showcasing her incredible vocal range and even her own songwriting skills.

“When I wrote ‘Nine’, I wanted to get a sense of positivity in even the darkest moments so it came with the reference of being on cloud 9 or a cat with nine lives. The number 9 has also always been important in our family, and our birth dates have some sort of connection with it too. The song is very organic in that sense and directly from my heart.”

Every track on ‘Nine’ takes the listener on a new journey with fun tracks like ‘Shake That (feat. Pitbull)’ and more laid back tunes like ‘Wait For It’. ‘Nine’ stays within the pop genre with catchy hooks and melodies throughout. 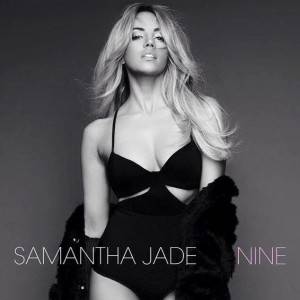 Fresh from the release of ‘Writing On The Wall’ from the latest James Bond film, ‘Spectre’, global superstar Sam Smith has released his new single ‘Restart’. ‘Restart’ is taken from Sam’s 4 x platinum album ‘In The Lonely Hour’ which has just been released as a special ‘Drowning Shadows Edition’ and is back in the Top 10.

Once again the Grammy award winner has released a track that everyone will love. Moving away from the ballad-type tracks like ‘Stay With Me’, ‘Restart’ is an upbeat track with sounds of disco and pop.

The track shows off Smith’s amazing falsetto in the chorus with the catchy hook “so let me restart”. Chimes and a heavy bass melody features in ‘Restart’ in the style of disco, while still being very pop-like and fun.

‘Restart’ is about a break-up where the ex won’t leave Sam alone even though he doesn’t want to ‘restart’ anything. The mixing and skipping of vocals and melody in the bridge of the track gives the song some edge, which is quite different from Sam’s previous singles.

Sam Smith has created a track that will keep him as one of the most successful artists recently with a new sound and an upbeat track. 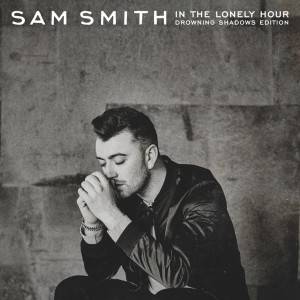 Music legend David Bowie is back with his new track ★ (pronounced ‘Black Star’). ★ is the first single from Bowie’s upcoming album by the same name, out January 8. ★ has already been featured in the opening title credits and trailers for new TV series The Last Panthers. The series, also directed by Johan Renck, began airing across Europe in late-October.

The single and short film has premiered worldwide today and can be viewed HERE.

★ is everything weird and wonderful that Bowie is known for eclectic beats and haunting vocals. The track is filled with dissonant vocal harmonies and eerie musical accompaniment that fans past and present will love.

Fans will not be disappointed with David Bowie’s ★ and if this track is anything to go by, David Bowie will keep his status as one of the biggest musical acts in history. 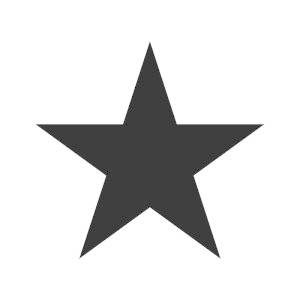