THIS WEEK’S MUSIC PICK’S WITH HOLLY LITTLE MIX – LOVE ME LIKE YOU (Christmas Version) [Sony Music]

After the huge success of ‘Black Magic’, UK girl group Little Mix have released a Christmas version of their hit single ‘Love Me Like You’. ‘Love Me Like You’ is the second single off their album ‘Get Weird’, which debuted at #2 on the ARIA Charts.

Once again the girls from Little Mix perfectly execute vocal harmonies, showcase their own individual voices, and have created a fun Christmas track for the holiday season. ‘Love Me Like You’ is basically the same as the originally released track except for the sleigh bells and jingle bells to give the song a Christmas feeling.

Jade, Leigh-Anne, Jesy and Perrie all showcase their own unique voices while still coming together seamlessly for the vocal harmonies that give the song texture. The song is a fun pop love song that speaks to girls everywhere.

‘Love Me Like You’ (Christmas Version) is available now! 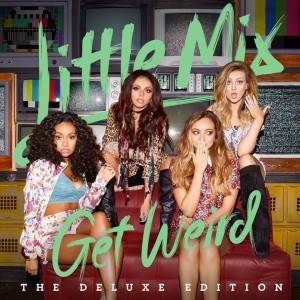 After wowing audiences on The X Factor, Reigan has released a special live holiday EP ‘December’. The four track DECEMBER EP re-imagines the timeless and celebrated hymns of the holidays, all recorded live and unrehearsed. These beautiful and heartfelt renditions will inspire and evoke memories of the classic season of old. Each of the four tracks is accompanied with a video highlighting the powerful and visceral nature of the recordings and Reigan’s raw and instinctive talent.

As Reigan explains, “The songs I’ve chosen to cover are all between 100-200 years old. I wanted to pay respect to the original songs by keeping the melodies and lyrics the same but changing the structure, tempo and chords.”

Reigan adds, “My family are quite festive. We play Christmas music from the 1st of December until Boxing day. I have so much Christmas music on my iTunes but I didn’t have any of the timeless carols! I wanted to open these songs up and share some of my favourites.”

The EP is filled with emotion and dynamic that only Reigan can deliver. Her emotional take of ‘Grace’ (an adaption of ‘Amazing Grace’) is both powerful and beautiful and shows Reigan’s vulnerability. The last track ‘Holly’ (‘Deck The Halls’) ends the EP on a cheerful holiday note.

‘December’ is an amazing and diverse EP that is the perfect gift for Christmas. 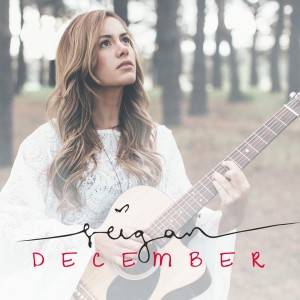 After taking out the award for VEVO Breakthrough Artist Of The Year, Sydney band Little Sea has released their new single ‘Friends’. ‘Friends’ is the second single from their EP ‘With You Without You’. The release of ‘Friends’ co insides with the 4 piece hitting the road for a national tour Dec 11th – 20th, their first shows since the bands national sold out tour in July.

‘Friends’ is a cool upbeat track perfect for listening to this summer. The constant beat, guitar chord progression and guitar riffs that sprinkle over the top of the song creates a catchy tune that everyone will love.

“I’ve got friends who have got friends talkin’ about the weekend” is sung with an equally catchy hook melody that will have fans singing along in no time. If ‘Friends’ is anything to go by, Little Sea will be the next big thing this season. 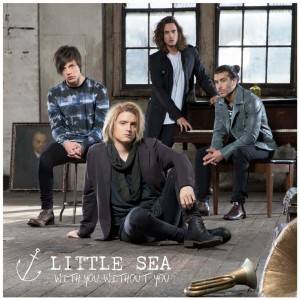 After going 3 times-platinum in Australia with his hit songs ‘Bills’ and ‘Whip It!’, LunchMoney Lewis has released his next catchy track ‘Ain’t Too Cool’. Over the years, Lunch has penned songs for everyone from Puff Daddy, Meek Mill, Juicy J, Rick Ross, Ace Hood, and French Montana – to Nicki Minaj, Gwen Stefani, Jessie J, Ciara, and Fifth Harmony.

While becoming one of the most sought after top-line writers in the game, Lunch decided to dive back in to being an artist. Lunch was recently featured on Nicki Minaj’s ‘Trini Dem Girls’ off of her new album, The Pinkprint, and has been a noteworthy rapper in Miami over the last few years. He has now has joined forces with hit-maker producer Ricky “Wallpaper” Reed and hit songwriter Jacob Kasher to create his new sound.

Once again LunchMoney Lewis has created a fun catchy tune that will be stuck in your head for ages. Lewis’ fun approach to music is shown through an upbeat tempo, somewhat comedic lyrics and the addition of multiple singers to create a party-feel to the song.

The bridge of the song is a dance break to add to the fun-ness of the song. “I ain’t too cool to dance, ‘cuase this right here is my jam, so baby take my hand” “so let’s boogey-oogey” are perfect examples of LunchMoney Lewis’ fun style and approach to music.

‘Ain’t Too Cool’ is available now! 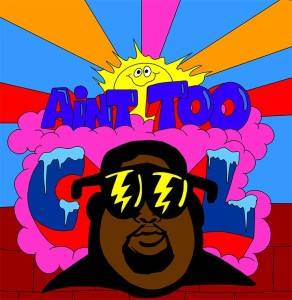