Ulrik Denizou Lund and Ketil Jansen, also known as Lemaitre, have released their new EP ‘1749’. Hailing from Norway Lund has said that they want to “do everything from a loop-based song to straight pop or rock songs that have more structure.” This EP showcases their unique take on music and the diversity they seek.

‘1749’ has an EDM 70’s vibe with unusual sounds mixed together with pumping beats. Citing The Chemical Brothers and Basement Jaxx as their influences the duo have created a new electronic pop-rock sound that will play great live as well as recorded.

The first track ‘Not Too Late’ is an upbeat pop track sung by Lund that has a unique and fantastic sound. The second track ‘Stepping Stone’ features a female singer with intense builds of sound before a pumping sing-a-long chorus. The use of dissonant chords and sounds adds to the unique sound that Lemaitre have created.

Featuring guest vocalist Jennie A, the third song on the EP ‘Closer’ takes the listener in another direction again. The introduction of simple piano then progresses into a more EDM sound with bass drops and expert mixing while still playing with different sounds such as brass instruments. ‘Day Two’ is a more summer-esque party song with a softer beat and more relaxed beat. The last rack on the EP ‘Nishio 2’ features producer Giraffage. This track sounds like the soundtrack to a video game while still being a dance-party track alone.

Lemaitre will be releasing a full album later this year and if ‘1749’ is anything to go by, the album will be a mixture of sounds that will introduce a new sound to the world. 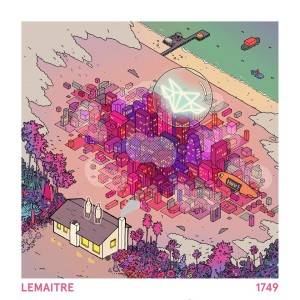 After much anticipation pop duo Chairlift have released their new album ‘Moth’. ‘Moth’ is the third album from Chairlift and has already attracted positive praise. Village Voice says, “resounding yet ethereal…. melodic, hook-driven, and exceedingly danceable,” and The New York Times says, “There’s a new confidence, even swagger, in blown-out pop songs like ‘Ch-Ching’ … still, there’s a human softness to MOTH, with hints of Sade in certain smooth melodies and saxophone lines.”

The pop influenced album is everything fans have been waiting for and more. From the very first track ‘Look Up’ Chairlift presents a unique and dreamlike sound to introduce the new album. Upbeat tracks like ‘Polymorphing’ and ‘Romeo’ contrasts perfectly with slower, but still pop, tracks like ‘Crying in Public’ and ‘Ottawa to Osaka’.

‘Moth’ is a unique collection of tracks that plays with music and all of its possible and different sounds that makes music fun. Every track is different but with a distinct Chairlift feel to them to ensure that only they can make music like this.

Writer-producers and multi-instrumentalists Caroline Polachek and Patrick Wimberly that make up Chairlift have successfully created a rare and incredible sound that everyone can enjoy. 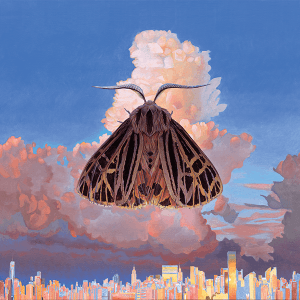 Almost one year after departing from One Direction, Zayn has released his first solo track ‘Pillowtalk’. The track dropped the same day as the music video that features model Gigi Hadid. ‘Pillowtalk’ is the first track from Zayn’s highly anticipated debut album ‘Mind Of Mine’ which will be released March 25.

‘Pillowtalk’ is any unlike what Zayn has presented before as part of One Direction. The track is an upbeat sensual track that showcases Zayn’s amazing vocal abilities while showing a new side of his personality. The track is deep and dark and has received attention from Billboard magazine saying, “judging from his music, he’s poised to impress the dominant music geeks of the day, who care less about guitar-slingers than artful practitioners of beats and atmosphere.”

The track features Zayn’s explosive vocals from the start but then draws back creating light and shade and dynamic throughout the song to match the music. Leading into the chorus the vocals music become minimal before exploding into a massive chorus.

‘Pillowtalk’ is a fantastic debut track from Zayn showing himself as a solo artist while also releasing a great track to listen to. 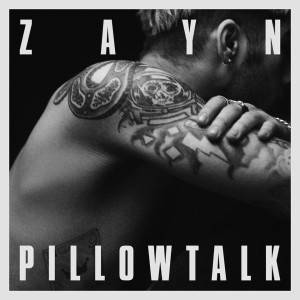 Being named one the most anticipated rock/alternative albums of 2016 by Billboard, St. Lucia have released their new album ‘Matter’.

St. Lucia’s Patti Beranek says of the lead single  ‘Love Somebody’: “From the moment Jean first showed me the idea for this song, I’ve been in love with it. There is such an old-school soul slow-jam vibe about it. It’s sexy and naughty and is really about longing. Maybe it’s something secret that you can’t tell anyone about. A need to be with somebody, maybe anybody, and feel desired. It’s about how simple that need can be, and how simple it sometimes is to satisfy. Let’s just call it a booty call song that’s also about the romance of the booty call. It celebrates a certain feeling that I love in music, or in life in general: the space in between. The pull, the rub, where ying meets yang. A place where there is uncertainty but excitement. I love how it builds, I feel like you can get lost in it.”

The whole album is fun mixture of tracks from the 80’s sounding ‘Home’ to eclectic ‘Stay’ St. Lucia have created a great album that fans will love. Each track is wildly different but still has the St. Lucia stamp that has given them so much success. Jean-Phillip Grobler’s vocals serenade throughout the album creating waves of emotion and dynamic that makes St. Lucia so unique.

‘Matter’ is a fun alternative album that will not disappoint fans past and present. 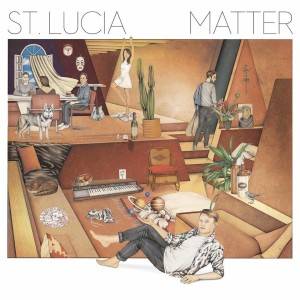