BONNIE ANDERSON – THE ONES I LOVE (Sony Music Australia) 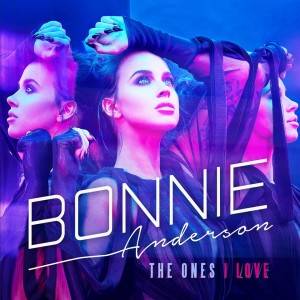 Australian pop singer Bonnie Anderson is back with her new track ‘The Ones I Love’. Co-written by Anderson, Michael Paynter and Michael Delorenzis, Bonnie has teamed up with Maybelline New York celebrating the launch of the track and a new make-up collection. The collaboration has helped create a new look for the music video based on the new Leather Collection from Maybelline.

“‘The Ones I Love’ came from a dream I had…Dreams often trigger stories and songs for me to write about. This one in particular really shook me up, it felt so real! Losing someone you love would be the hardest thing to go through, it even hurts in your dreams, which made me realise how important it is to spend time with my loved ones. This song means so much to me and I hope it resonates with others as well. I can’t wait for everyone to hear it,” explains Bonnie.

‘The Ones I Love’ is a new sound from Bonnie and is a catchy up-beat track that is fun and showcases Bonnie’s undeniable talent. The track is a darker and more club-like sound, different from Bonnie’s past material. The track features the catchy hook “I gotta die before the ones I love” throughout the track with dance breaks and bass drops to get people moving.

It is different to create such an up-beat dance track about death and love but it works with the light and dark dynamics in the song that bonnie perfectly executes. Without listening to the moving lyrics it really is the perfect party track which shows how Bonnie Anderson stands out from the rest.

‘The Ones I Love’ is available to purchase now! 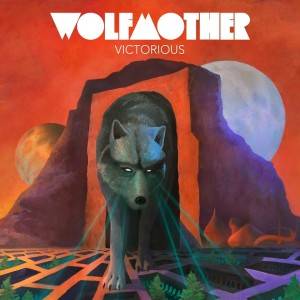 Grammy-award winning Australian band Wolfmother are back with their highly anticipated album ‘Victorious’. The Aussie rockers have worked with Grammy-winning producer Brendan O’Brien who has worked with the likes of Pearl Jam, AD/DC and Bruce Springsteen.

“Back in the early days, I’d play guitar, bass, and drums and then present the ideas to the band and we’d work on the arrangement together. I thought it would be cool to get back to demoing ideas by myself and playing everything. It’s a good way to do things because it can make the style more cohesive,” says songwriter/vocalist/guitarist Andrew Stockdale.

From the first song on the album it is evident that Wolfmother will not disappoint their fans with ‘Victorious’. The title track is an explosion of sound featuring Stockdale’s distinct vocals and big sound that the band is known for. Each song is just as rock’n’roll as the last and is some of the band’s best work to date.

The 10 tracks on ‘Victorious’ are reminiscent of Wolfmother’s original sound that gave them such success as well as being new and fresh. ‘City Lights’, which premiered as a sneak peek on the Beats 1 show with Zane Lowe, is a fast paced rock track alike but different from the rest of the album. The whole album is everything that makes Wolfmother Wolfmother and is sure to find huge success.

‘Victorious’ is available to purchase now! 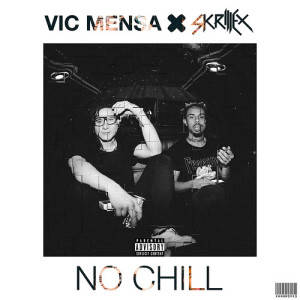 With his debut album Traffic on the way, Vic Mensa has released his new track ‘No Chill’. ‘No Chill’ sees Vic Mensa collaborate with one of the biggest names in the EDM world Skrillex. Hailing from Chicago in the United States, the rapper has released a pumping track that will surely see him much success in the future.

The explicit track is every bit a rap song with the EDM element from Grammy-winner Skrillex. The lyrics are cheeky with popular culture references throughout. For example, “I’m with Skrillex and we chillin’, but we still ain’t got no chill” to introdruce the simple chorus of “no chill, no chill, no chill”.

Although ‘No Chill’ is a hard-core rap track, the mixing and techno sounds in the background showcases the collaboration with Skrillex. The pair have created a heavy rap track with pumping beats and quick raps that is perfect for the hip-hop genre.

Vic Mensa is cementing himself as one of the new up-and-coming rappers of the year with the anticipation of his album ‘Traffic’ and the new track ‘No Chill’.

‘No Chill’ is available to purchase now! 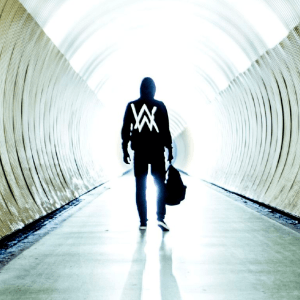 18-year-old Norwegian artist/producer Alan Walker has released his debut track ‘Faded’. ‘Faded’ has already shot to the top of the charts and has gone 4xPlatinum in Sweden, 3XPlatinum in Norway and is #7 on the Spotify Global Chart alongside Justin Bieber and Adele.

‘Faded’ is a soft and meaningful track that starts slow and simple before slowly becoming an up-tempo dance track. The lyrics, vocals, dynamics and mixing of the track creates a unique sound that will set Walker apart from the rest.

The female vocals on the track give the lyrics a softer and more ethereal sound to ‘Faded’. Lyrics like “Under the sea/ Where are you now/ Another dream/ The monsters running wild inside of me/ I’m faded” are paired perfectly with the light accompaniment and thin voice of the female vocalist.

‘Faded’ is a fun dance track with a deep lyrics and a unique sound that is sure to give Alan Walker more success in the future.

‘Faded’ is available to purchase now!