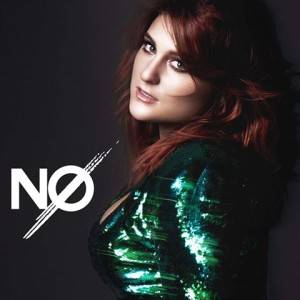 Fresh off her Grammy win, Meghan Trainor has released her new single ‘No‘. ‘No’ is the first single off of her upcoming second album ‘Thank You’ out soon. Trainor teamed up with producer Ricky Reed to create ‘No’, which Trainor also executively produced.

‘No’ is a different sound from Meghan Trainor but still showcases her fun and bubbly personality that her fans love so much. The track is very different from the 50’s-pop sound like Trainor’s hits ‘Dear Future Husband’ and ‘Lips Are Movin’’. ‘No’ is more of a throwback to 90’s hip-hop but still has all of the pop true to Trainor.

The beginning of the song sounds like an old-school record player with static and a lovely melody, much like the beginning of ‘Dear Future Husband’, before dropping into a low and bouncing beat. The track is about encouraging women to say no when they want to in any situation, a girl power anthem with catchy lyrics. “All my ladies listen up/ If that boy ain’t giving up/ Lick your lips and swing your hips/ Girl all you gotta say is…/ My name is no/ My sign is no/ My number is no/ You need to let it go.”

Trainor’s wide vocal range is showcased on ‘No’ with vocal layering and the almost rap-like chorus shows us a new side to Trainor. The chorus of ‘No’ is extremely catchy, feisty and fun and will have everyone singing along in no time.

‘No’ is a fun new direction Meghan Trainor and if this track is anything to go by her new album will be a sure hit with her fans.

‘No’ is available now! 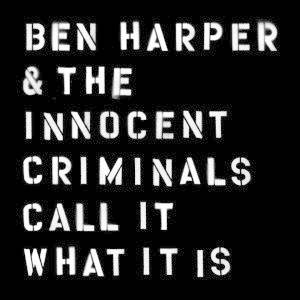 After nine years Ben Harper & The Innocent Criminals have reunited for the new record ‘Call It What It Is’. The new single ‘Shine’ is from the new album that Harper says “would be more energized and revitalized by thinking outside the box and starting with new material in the studio before we dug into the old stuff,” said Harper of the reunion album. It was meant to be a signpost that we’re here to forge new ground musically and personally.”

The soulful rock band has created a funky and easy-listening track in ‘Shine’. ‘Shine’ is a cool track with a steady beat and the smooth vocals that only Harper can deliver. The track just oozes cool and is perfect to listen to on a lazy Sunday afternoon.

The basic electric guitar, drum kit, shakers, bass and effortless vocals come together to create a track only Ben Harper & The Innocent Criminals could make. Fans past and present will not be disappointed with ‘Shine’. It is everything the band is known for: cool, calm and easy to listen to, while still being fresh and new.

‘Shine’ is a perfect comeback track for Ben Harper & The Innocent Criminals and has set up the new album to be one of their best yet. 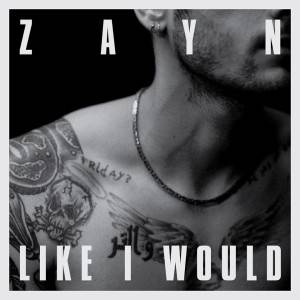 Zayn has already been praised for his new music with Refinery29 declaring ‘PiLlOwT4lK’ “announces Malik as a major vocal talent,” and NYLON exclaiming “we might just be witnessing the birth of our next great pop star.”

The chorus will get stuck in your head all day with Zayn’s flawless falsetto ringing and the hook line “like I would like I would”. The slow start to the song is accompanied by a simple beat before exploding into a bass-pumping chorus that is constant throughout the track. Zayn’s vocal gymnastics and wide range are featured throughout the track and shows why he is one of the biggest names in music right now.

‘Like I Would’ has almost an EDM feel with the techno beats and bass drop before the chorus. The vocal layering and accompaniment creates depth and dynamic for the song and gives it a darker feel leading up to the chorus.

With all of the success Zayn is having with each single released ‘Mind Of Mine’ is going to be a sure hit along with ‘Like I Would’. 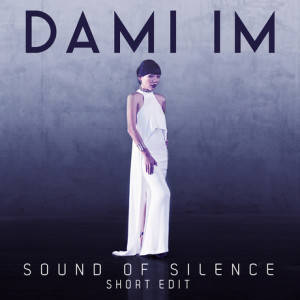 After being announced by SBS as this year’s Australian entry into the 2016 Eurovision Song Contest, Dami Im has released the new track ‘Sound Of Silence’. Dami will be perform ‘Sound Of Silence’ in Stockholm, Sweden this May representing Australia at the song contest which will be broadcasted on SBS in Australia.

‘Sound Of Silence’ was written by DNA Songs’ Anthony Egizii and David Musumeci and is a powerful anthem that is perfect for Dami’s vocals and is a big enough song to go up against the whole of Europe. Dami’s powerhouse vocals serenade throughout and the orchestral accompaniment create a huge anthem that is perfect to be sung live.

The soft start featuring a simple beat and soft strings introduces Dami’s flawless vocals before exploding into the massive chorus with multiple instruments and powerful vocals. The song then pulls back to a softer second verse before, once again, Dami powers through the chorus and the rest of the song.

The track has been expertly arranged to create movement and dynamic and you can almost see Dami belting out the track on the spectacular Eurovision stage, wind machine and lights to go with it.

Australia’s 2016 entry into the Eurovision Song Contest is everything the contest is about, powerful vocals and big songs while still being very much Dami Im and Australian. Dami will smash this song in Stockholm and hopefully Europe likes the performance enough for our country to go through to the grand finale.

‘Sound Of Silence’ is availabale now!