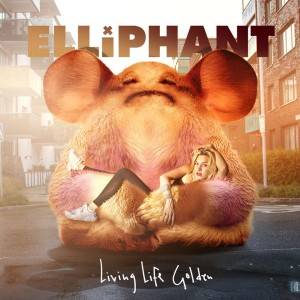 With over 40 million Spotify plays and more than 40 million Shazam tags, Elliphant has released her album ‘Living Life Golden’. ‘Living Life Golden’ is the Swedish singer/songwriters debut album and sees Elliphant working with some of the world’s biggest producers for the record. The album features other big name artists such as Major Lazer, Azealia Banks, MØ and Skrillex.

The 12 track album is a unique pile of music that sets Elliphant apart from the rest is the best way possible. It is hard to depict exactly what genre the album fits into with it’s pop-reggae-EDM sound that mixes so well.

The album explodes with sound from the first track ‘Step Down’ and is a perfect example of who Elliphant is as an artist. She is extremely unique and different while still creating a sound that can be played mainstream. The track is very much designed to dance to with some tracks being heavy in the EDM department and others like ‘Love Me Long’ which have a calmer and more reggae vibe.

Each track is vastly different from the last but still with an Elliphant stamp on it. ‘Living Life Golden’ is the perfect debut album for Elliphant and is sure to be hugely popular everywhere. There is something for everyone on this album and Elliphant has expertly created music to express herself and her individuality. 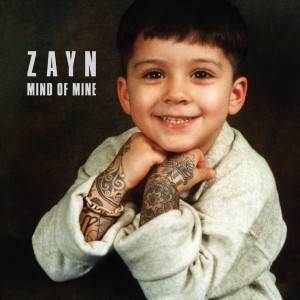 Exactly one year after his departure from One Direction, Zayn has released his debut solo album ‘Mind Of Mine’. ‘Mind Of Mine’ has been highly anticipated this year with the first single ‘Pillowtalk’ being certified platinum and going to #1 around the world.

‘Mind Of Mine’ is world’s different from the boy-band persona that made Zayn a household name. The album is mature and is an expression of who Zayn is now as a solo artist. Each track is different and showcases Zayn’s amazing vocal abilities with upbeat and ballad-like tracks.

Singles like ‘Pillowtalk’ and ‘Like I Would’ are fun upbeat tracks that will have you singing along and moving in no time. The album also features more heart-felt slow songs like ‘Blue’. ‘Blue’ is a simple track with just piano and Zayn’s flawless falsetto. The album has an R’n’B feel to it with pop elements that fans new and old will love. Tracks like ‘Borderz’ and ‘Blue’ contrast the upbeat tracks like ‘TiO’ and ‘Befour’ perfectly.

What makes this album so unique is that it starts with ‘Mind Of Mine (Intro)’, a sort of taste of what is to come on the 18 track record. The intro is the cascading sound of Zayn’s layered vocals with minimal accompaniment. Also incorporated is ‘Intermission: Flower’. Zayn’s voice serenades with simple strings and guitar accompaniment. The addition of an intro and intermission make the album even more interesting and individual to Zayn as an artist.

‘Mind Of Mine’ is available now! 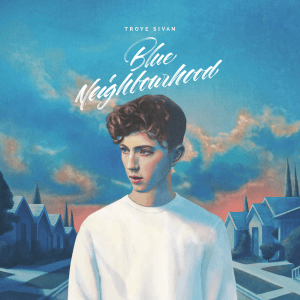 After the worldwide success of the single, Troye Sivan’s track ‘Youth’ is being released in a remix package. The three track package features remixes from Gryffin, Son Lux and Shift K3y.

Each remix is different with the artists’ signature production sounds while still keeping the smash hit single intact. The first remix by Gryffin is driven by the original melody of ‘Youth’ with a more upbeat tempo and the addition of sounds to create a dynamic track. The track starts soft and builds throughout the first verse to then explode into a pumping dance break with the original melody and chants accompanying. The track then keeps with it’s new tempo and adds more dance breaks while not leaving any of the original track out.

The second remix is by Shift K3y and is wildly different from Gryffin’s interpretation of the track. Shift K3y’s remix incorporates a heavy bass line and a darker sound while still having Troye’s vocals serenade over the top. Troye’s vocals are sped up and the whole track is remixed with repeats and techno sounds to create a more EDM sounding version of ‘Youth’. The loss of the original melody is replaced by a new one that shifts the whole track into a new song completely.

The last remix of the hit single is by Son Lux. Once again, ‘Youth’ is transformed by the vision of a new artist. This version of the song is slower than the others and slower than the original. The original vocals are the simple top layer of the track with a powerful bassline and simple accompaniment. This remix of the track is slightly dragging in comparison to the other two but is still a great version of ‘Youth’.

THE CHAINSMOKERS – DON’T LET ME DOWN FT. DAYA (Sony) 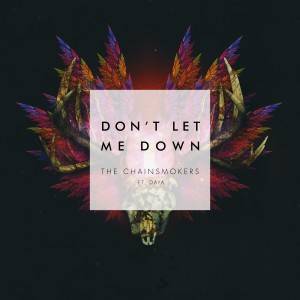 After their platinum single ‘Roses’, The Chainsmokers have released their new track ‘Don’t Let Me Down’. ‘Don’t Let Me Down’ sees the NYC duo team up with 17-year-old singer Daya who is currently at a Gold Top ARIA 10 Single with her own music. The Chainsmokers have already attracted support from other artist such as Justin Bieber and Shawn Mendez which has helped with their already massive following.

‘Don’t Let Me Down’ is an upbeat track that’s showcases Daya’s amazing vocal abilities and The Chainsmoker’s fantastic writing and production skills. The single is accompanied by an instrumental version of the track which places the focus solely on The Chainsmoker’s. Both versions of the song are brilliant with builds in music, hooks and drops that will be a big hit.

The Chainsmokers have created a catchy track with ‘Don’t Let Me Down’ and is sure to be a big hit for the duo.

‘Don’t Let Me Down’ is available now!