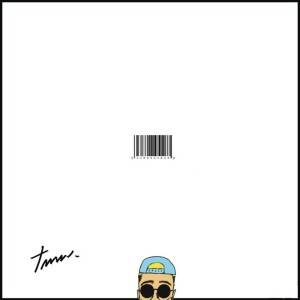 After the success of his first two EPS ‘YSTRDY’ and “TMRW’, Luke Christopher has released his new track ‘Lot To Learn’. ‘Lot To Learn’ is the lead single from the ‘TMRW’ EP and has over 13 million streams and is in the top 30 at Spotify Sweden.

‘Lot To Learn’ sees Christopher both singing and rapping and finding the perfect balance between the two. The track is a simple and endearing track that Christopher produced himself. The simple piano melody accompanies Christopher’s sweet voice and uplifting rap throughout.

The matching of a simple piano melody and rap is reminiscent of some of fellow rapper Macklemore’s music, but is still different and unique to Luke Christopher as an artist. The uplifting lyrics and production of the song showcases the 22-year-old’s musical abilities with Christopher writing, producing, rapping and singing the track.

‘Lot To Learn’ is a simple but beautiful track from Luke Christopher and incorporates meaningful lyrics and rap perfectly.

‘Lot To Learn’ is available now! 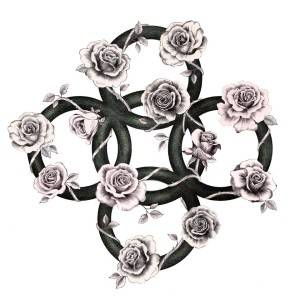 Superstar Swedish producer Alesso is back with his new track ‘I Wanna Know’. After the huge success of his 2015 hit ‘Heroes’, Alesso has become a big name in the music game with world tours and a huge fan following. ‘I Wanna Know’ sees Alesso team up with singer/songwriter duo Nico & Vinz.

Alesso’s music producing and Nico & Vinz’s smooth vocals is a match made in heaven and ‘I Wanna Know’ is the perfect track for both parties. The track is more pop focused unlike Alesso’s previous tracks that had more of an EDM sound to them. The guitar hook in the track drives the song and will be stuck in your head for days.

The pre-chorus: “Diamonds in your eyes cover your lies, cover your lies
Trust me we can be special tonight, special tonight” is a beautiful line and when it is sung by Nico & Vinz it is magical. The track from start to finish is equally relaxing as it is a party track; something only Alesso could put together.

‘I Wanna Know’ is available now! 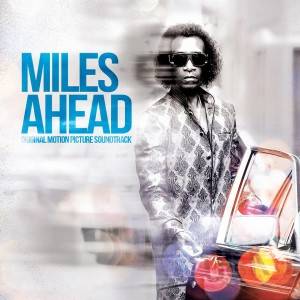 Ahead of the release of the film ‘Miles Ahead’ starring Don Cheadle, the original motion picture soundtrack is being released. The film explores the life of legendary musician Miles Davis. The soundtrack to the film features 24 tracks from the film: 11 tracks spanning from 1956 to 1981, select dialogue of Don Cheadle as Miles Davis and 5 original compositions written exclusively for the film by Roger Glsasper.

“We culled the library for every style Miles touched…looking for cues to bridge key moments, bring others into focus. The stuff a good score is supposed to do. Miles made it easier. His music is multi-faceted and score friendly,” wrote Cheadle in his notes.

Fans of Davis will love to listen to the classic hits and people being introduced to the musician will fall in love immediately. The soundtrack is a reflection of the film and if the music is anything to go by, ‘Miles Ahead’ is going to be an instant classic. Fans new and old will be able to appreciate this unique genre of music that is so lost today and matching it with the film will make the experience even better.

The walking bassline and shuffle of the drum kit paired with the glorious sound of brass and piano gives you an insight to the musical genius that was Miles Davis. From slower tracks like ‘So What’ to more upbeat and complex track ‘Seven Steps To Heaven’, there is something for everyone. In ‘Seven Steps To Heaven’ Davis’ talent is shown with the extremely fast and complex trumpet playing to the equally as fast drum beat.

The incorporation of Don Cheadle as Davis in between tracks makes listening to the soundtrack as if you were watching the film. It’s like a sort of introduction to the songs and what will be happening at that time of the film and is a genius idea.

The original motion picture soundtrack to ‘Miles Ahead’ is an expertly put together compilation of music from the legend himself and of the music from the film.

‘Miles Ahead – The Original Motion Picture Soundtrack’ is available April 8!

RÜFÜS – YOU WERE RIGHT (Sony) 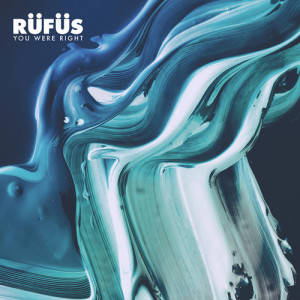 Sydney trio RÜFÜS are back with their new track ‘You Were Right’. ‘You Were Right’ has already won the 2015 ARIA for Best Dance Release, has gone Platinum and is being used for the 5 Seeds Cider advertising campaign nationally. The track is off the #1 iTunes album ‘Bloom’ that has already gone Gold.

Between their already huge success around the world and currently headlining shows throughout Europe, UK, US and Australia RÜFÜS has created an extremely catchy dance track that will be stuck in your head for days.

If ‘You Were Right’ sounds familiar it is because of the 5 Seeds Cider advertising and the fact that the Sydney trio’s track is a smash hit everywhere. The unique sound that members Jon, James and Tyrone have created has set them a part from the rest in the best way possible.

‘You Were Right’ features layered synths, drums and vocals and is the perfect party track. The music for ‘You Were Right’ is upbeat and enough to get anyone dancing and is perfectly juxtaposed with the cool, almost dragging, vocals. The track is extremely catchy with the hook “You were right/ I know I can’t get enough of you” featuring heavily in the track. Just by hearing those two lines you know exactly what song is playing.

RÜFÜS have created the perfect summer party track with ‘You Were Right’ and is sure to keep them as one of the best international acts.

‘You Were Right’ is available now!