Little Mix have gained global success since winning the UK X-Factor in 2011 and if ‘Love Me Like You’ is anything to go by they will keep their superstar status. ‘Love Me Like You’ is a slow-pop love song that reminds the listener of the 50’s or 60’s. The girls expertly execute flawless vocal harmonies and catchy hooks that have made them a household name.

Each member of Little Mix has their own distinct sound and brings a new dynamic to each line they sing. Leigh-Anne Pinnock, Jesy Nelson, Perrie Edwards and Jade Thirlwall’s individual voices are so different but go together beautifully in their harmonies.

Every one will be singing along to ‘can’t love me like you, sha-la-la-la’ in no time and chanting the ‘L-O-V-E’ in the bridge of the song like a love anthem. The song is easy to listen to and has the making of every good love song for girls and guys everywhere.

Fans of Little Mix will not be disappointed with their new material, as it is fun and flirty with all of the girl power that made fans fall in love with them in the first place. ‘Love Me Like You’ is a fun pop song that is everything Little Mix is about while still keeping it fresh and new.

‘Love Me Like You’ is available to purchase now! 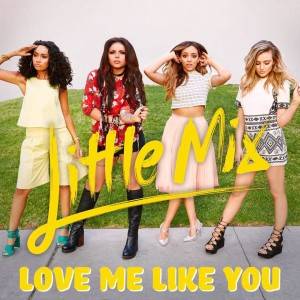 SAM SMITH – WRITING’S ON THE WALL

“This is one of the highlights of my career. I am honoured to finally announce that I will be singing the next Bond theme song. I am so excited to be a part of this iconic British legacy and join an incredible line up of some of my biggest musical inspirations. I hope you all enjoy the song as much as I enjoyed making it,” said Smith.

‘Writing’s On The Wall’ combines Sam Smith’s angelic voice with the emotions and theatrics of an orchestra to give it the ‘007’ feel. Smith’s amazing use of his falsetto creates a cinematic dynamic for the track that takes you on an adventure in just under four-minutes.

“How do I live? How do I breathe? Without you here I’m suffocating” and “without you I have to risk it all” sing in Smith’s incredible falsetto before cascading into more full-sounding vocals accompanied by an impressive orchestral backing creates shape for what is sure to be one the biggest songs of the year. To conclude the song Smith sings,“Because the writing’s on the wall” ending with some impressive vocal gymnastics that only Smith can pull off.
‘Writing’s On The Wall’ is a powerful theatrical track beautifully written and composed for one of the most anticipated films of the year. Sam Smith executes the song with the emotion and dynamic that this song deserves and the orchestra backing gives the track the power that is perfect for James Bond.

‘Writing’s On The Wall’ is available to purchase now! 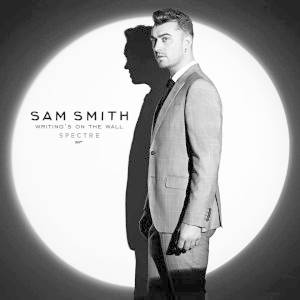 ‘Bad Blood’ still has the expert lyrics of Swift but is a more rock version featuring acoustic and electric guitars rather then the explosive anthem on the original ‘1989’. Accompanied by a drum kit, guitars and bass Ryan Adams’ version of ‘Bad Blood’ gives the song a new feeling and direction. The track seems more calm and laidback while still incorporating the stabbing lyrics like “salt in the wound like you’re laughing right at me” and “got scars on my back from your knife”.

Adams’ vocals on the track are gritty and easy to listen to and give the song more of the rock feel that Adams is all about. Fans of the original track will still love this re-imagined version because it is still upbeat and fun and will have you singing along to the catchy “now we’ve got bad blood”. 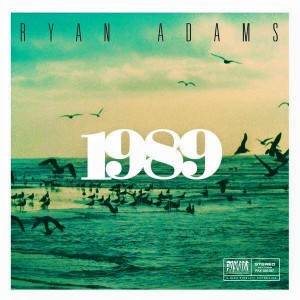 Watford born producer and songwriter Naughty Boy has released his new track ‘Runnin’ (Lose It All)’ [Feat. Beyoncé & Arrow Benjamin]. Naughty Boy is best known for his track ‘La, La, La’ and has worked with musicians such as Ella Eyre and Tinie Tempah. ‘Runnin’ (Lose It All)’ is accompanied by a video inspired by the short film ‘Ocean Gravity’ that can be viewed here.

The track features the flawless vocals of Beyoncé and Arrow Benjamin and is a great party track. ‘Runnin’ stars slowly with Beyoncé singing catchy lines like “where else can I go?” and “runnin, runnin, runnin” that is then accompanied by a faster beat. The faster beat then pushes the song to a more upbeat track as Arrow Benjamin takes over the song with his own amazing vocals.

The track keeps the simple piano chord progression throughout while adding and retracting up-tempo beats and vocal layering. Naughty Boy has created a track with meaning and emotion while still keeping within the party-feel that he is known for. Beyoncé and Arrow Benjamin’s vocals add to the power of the song with their amazing vocals.

‘Runnin’ (Lose It All)’ [Feat. Beyoncé & Arrow Benjamin] will be a great summer party song that is sure to be on everyone’s playlists.

‘Runnin’ (Lose It All)’ [Feat. Beyoncé & Arrow Benjamin] is available to purchase now! 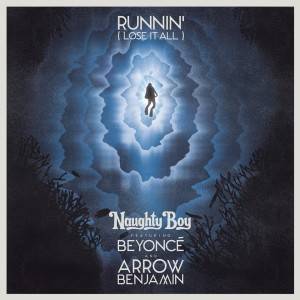