CALVIN HARRIS – THIS IS WHAT YOU CAME FOR FEAT. RIHANNA (Sony) 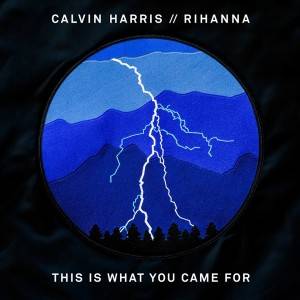 ‘This Is What You Came For’ is a great party/dance track produced by Harris himself that will get everyone moving. The track is filled with catchy hooks in the melody and in the lyrics, a combination that has given Harris such success in the past.

As if the track wasn’t good enough with the pumping beat and expertly produced sounds, the addition of Rihanna makes the track just that much cooler. Rihanna’s unique vocals paired with Harris’ sound has given them hits in the past, and this one will be no different.

Rihanna’s falsetto vocals in the chorus “Lightning, this is what you came for/ Lightning strikes every time she moves/ And everybody’s watching her/ But she’s looking at you, oh, oh” contrasts with the low vocals featured in the verses in the best way possible.

The overall production of the track is fantastic, Harris has been able to create a song that is equally cool and slow while still being pumping enough for people to dance to. The song just oozes coolness.

Once again, Calvin Harris and Rihanna are a force to be reckoned with. Their new track ‘This Is What You Came For’ is already number 1 around the world and is sure to stay that way.

‘This Is What You Came For’ is available now! 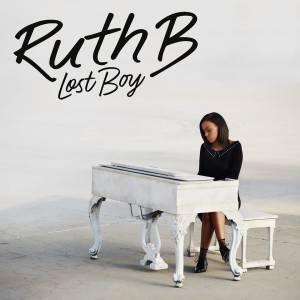 With over 2.2million followers on Vine alone and already being certified gold, Ruth B has released her debut track ‘Lost Boy’. ‘Lost Boy’ is off of Ruth B’s debut EP ‘The Intro’ and has already found great success in Sweden, The Netherlands, Denmark and Norway.

‘Lost Boy’ is a devastatingly beautiful track that features fantastic lyrics, much of which give a nod to the story Peter Pan, and a simple piano accompaniment. Ruth B’s flawless vocals serenade throughout and give amazing amounts of emotion. Her voice is both fragile and strong at the same time, giving the track dynamic and movement throughout.

The only musical accompaniment in the song is piano, which gives the track a naked and vulnerable feel that fits perfectly with Ruth B’s vocals and lyrics. The chorus: “I am a lost boy from Neverland/ Usually hanging out with Peter Pan/And when we’re bored we play in the woods/ Always on the run from Captain Hook/ “Run, run, lost boy,” they say to me,/ “Away from all of reality,”” moves beautifully with Ruth’s vocals.

The track is like a storytelling session in itself with Ruth singing quotes and telling a story, but the melody she sings does not make it sound like she is reading. She tells a story through her voice and the piano accompaniment adds that extra melancholy feel to it.

Ruth B’s ‘Lost Boy’ is a truly beautiful track and is a perfect example of why the Canada native should be on everyone’s ‘one to watch’ list.

TIMEFLIES – ONCE IN A WHILE (Sony) 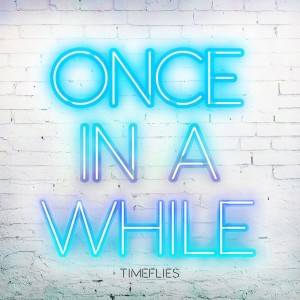 Cal Shapiro and Rob Resnick, better known as the musical duo Timeflies, have released their new track ‘Once In A While’. The duo already has a huge following the duo have sold out shows in historic venues across the US including House of Blues in Los Angeles and Terminal 5 in New York City. ‘Once In A While’ already has 24 million streams on Spotify and the lyric video has over 1 million views too.

The Boston duo pairs vocalist Shapiro and producer Resnick to create a pop/EDM sound that has features from all different styles of music. ‘Once In A While’ is more a pop-song than anything with some rap, a catchy chorus and a dance break that somehow all fits to create a feel-good track.

The catchy hook of the song “I fee good” is repeated with a dance break accompanying. The glockenspiel-sounding melody that introduces the track also features in said dance break and gives the song a happy and almost childlike feel. ‘Once In A While’ as a whole will get people moving but the dance break at the end of the chorus is the backbone of this upbeat track.

‘Once In a While’ is a fantastically produced track by Timeflies and will see that their already huge fan base will grow even more.

‘Once In A While’ is available now!

JASMINE RAE – IF HE CALLS (Universal) 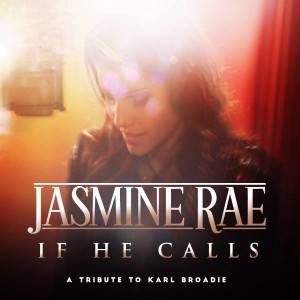 CMC Music Award winning artist Jasmine Rae has released her new single ‘If He Calls’, a tribute to the late singer/songwriter Karl Broadie. Originally titled ‘If She Calls’, Jasmie Rae’s version of the song will donate revenue from the track directly to Karl’s family support fund. The track will feature on an upcoming tribute album that will feature more of Australia’s celebrated artists.

“This is such a sad time, but I’m so proud to be one of the many artists celebrating Karl’s beautiful music and spirit. I hope we’ve done this song justice and it rings true to the incredible musicality and heart of its writer,” says Jasmine Rae.

Jasmine Rae’s tribute is heartbreakingly beautiful and has all of the emotion that the track deserves and more. Jasmine’s smooth and angelic vocals fit in perfectly with the minor and melancholy piano accompaniment and is the perfect way to re-do a classic track.

The chorus of the track has been changed from “when she calls” to “when he calls” to better fit Jasmine Rae and her falsetto that she sings is fragile and beautiful. The fragility of the chorus is contrasted by the soulful and deeper vocals of the verses and bridge and gives the track the movement and emotion that it deserves.

After the bridge of the song a harmonica is introduced and plays the main melody of the track. This breaks up with sole piano accompaniment and gives a reminiscent feel, perfect for a tribute track.

Jasmine Rae’s rendition of ‘If S(He) Calls’ is the perfect way to pay homage to the great Karl Broadie and could not have been done better.

‘If He Calls’ is available now!