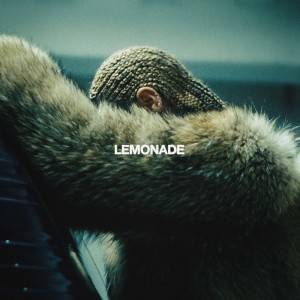 Queen Bey is back with a new album and her fresh new single ‘Sorry’. ‘Sorry’ is the second single off of Beyoncé’s new album ‘Lemonade’. The single follows ‘Formation’, which Beyoncé performed at the Super Bowl Half Time Show earlier this year with Coldplay and Bruno Mars.

‘Sorry’ is an intense break-up song, rumoured to be aimed at husband Jay-Z’s infidelity, and is far from being apologetic. The pumping beat, intricate vocal melody and catchy hooks is nothing less than brilliance from Beyoncé. The song itself is a story with a beginning, middle and end that changes throughout.

The beginning of the track has a fun pop/R’n’B vibe with fun lyrics and a catchy hook before transitioning to a speaking part by Beyoncé. The spoken part gives an insight to what the song is really about: “Looking at my watch, he shoulda been home/Today I regret the night I put that ring on”. The song ends on an edgy note with a different sound altogether. The end also features the now famous lyrics: “better call Becky with the good hair”.

‘Sorry’ is the perfect break-up track for everyone everywhere. It has sass in the lyrics: “Middle fingers up, put them hands high/ Wave it in his face, tell him, boy, bye” that people can relate to. Once again, Beyoncé has crafted a track that sets her apart from the rest and keeps her as the Queen of music today. The album ‘Lemonade’ is accompanied by a film that features the tracks on the album. The video for ‘Sorry’ is equally as sassy and fun as the track itself and is the perfect companion for the album and the track.

‘Sorry’ is available to purchase now! 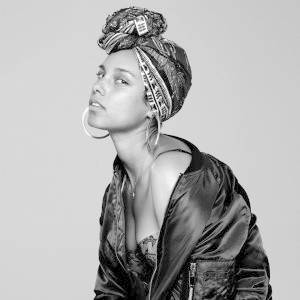 Fifteen-time Grammy Award-winning singer/songwriter/producer Alicia Keys has released her new track ‘In Common’. ‘In Common’ is the first music released by Keys in four years and is off of her highly anticipated upcoming album due out later this year. The track was written by Keys herself, Illangelo, Tayla Parks and Billy Walsh.

‘In Common’ is a fun and catchy track with a Latin inspired rhythm that will get everyone’s hips moving in no time. Alicia’s flawless vocals and songwriting is showcased throughout the track and was definitely worth the wait. The track is more fast-paced and modern compared to Keys’ previous work, but still has all of the makings of a brilliant Alicia Keys track.

The vocals of the track are almost whispered but Keys still manages to showcase her amazing vocal range throughout. The almost staccato verses go perfectly with the Latin rhythm and fast-paced melody. The chorus will get everyone singing along with more drawn out notes in: “We got way too much in common/ If I’m being honest with you/ We got way too much in common/ Since I’m being honest with you”, before heading back into the fast rhythm of “Who wants to love somebody like me?/ You wanna love somebody like me?/ If you could love somebody like me/ You must be messed up too”.

Alicia Keys has not disappointed with her new track ‘In Common’. After a long wait, fans new and old will be delighted with this new song.

‘In Common’ is available to purchase now!

MEGHAN TRAINOR – ME TOO (Sony) 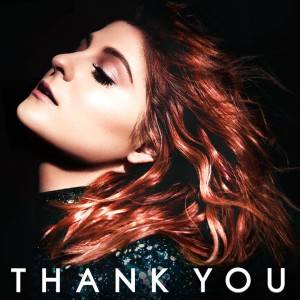 After the huge success of her single ‘No’, Meghan Trainor has released the follow single ‘Me Too’. ‘Me Too’ is the second single off of her upcoming second album ‘Thank-You’. ‘Me Too’ is a funky and fresh track from the Grammy-award winning artist and is sure to be another huge success for Trainor.

‘Me Too’ is a different sound again from Trainor. Her last album featured jazz and 50’s inspired music whereas ‘No’ and ‘Me Too’ have a more R’n’B and hip-hop vibe. ‘Me Too’ features another almost-spoken chorus, much like ‘No’. This new track has a heavy bass and an almost club-like vibe with the deep and dark sounds.

The verses, pre-chorus and chorus are all vastly different but somehow mesh perfectly together to create ‘Me Too’. The verses are light and cheeky with lyrics like Ow!/ Who’s that sexy thang I see over there?/ That’s me, standin’ in the mirror” before transitioning into an almost gospel sound in the pre-chorus.

Once again, Trainor is successful in relaying a positive message to her fans “I thank God every day (uh huh)/ That I woke up feelin’ this way (uh huh)/ And I can’t help lovin’ myself”; a trait that launched her into the spotlight with her breakout track ‘All About That Bass’.

‘Me Too’ is a new and fun sound from Meghan Trainor and is sure to keep her as one of the biggest names in music right now.

‘Me Too’ is available now! 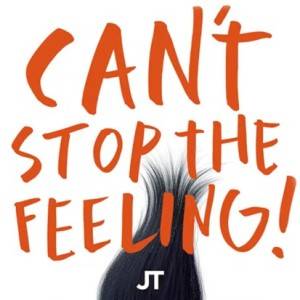 Global superstar Justin Timberlake has released a new track ‘Can’t Stop the Feeling’ in preparation for the releases of the new film ‘Trolls’.

From the creators of Shrek comes the smart and irreverent comedy Trolls, showcasing the colorful, wondrous world of the always-happy Trolls, and the comically pessimistic Bergens, who are only happy when they have Trolls in their stomachs. Featuring original music from Justin Timberlake, the film stars the voice talents of Anna Kendrick, Justin Timberlake, Zooey Deschanel, Christopher Mintz-Plasse, Russell Brand, Jeffrey Tambor, Christine Baranski, James Corden, Kunal Nayyar, Ron Funches, Icona Pop, Quvenzhané Wallis, with John Cleese and Gwen Stefani.

Timberlake oozes fun and happiness in this track that is the perfect introduction to the world of the Trolls. Timberlake’s flawless falsetto fills the song with joy and his expert songwriting skills showcases his undeniable talent. Even if the track was not paired with a children’s film it would still be a catchy party track that everyone would love.

‘Can’t Stop The Feeling’ is a fun and energetic song that will make anyone instantly feel happy.

The film will be released in Australian theatres on December 8.