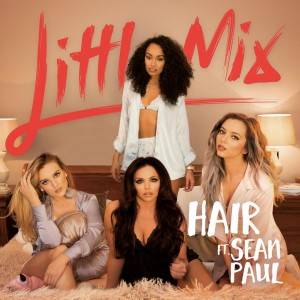 Currently touring around Australia, the girls from Little Mix have released their new single ‘Hair’. ‘Hair’ is the fourth single taken from the album ‘Get Weird’ which debuted at #2 on the ARIA charts. ‘Hair’ also features rapper Sean Paul.

Once again, Little Mix have created a fun and catchy girl anthem that all fans will love. The track is upbeat and easy to dance and is a great break-up track for everyone. Little Mix’s girl-power and friendship attitude shines through this song about breaking up.

The flawless vocal harmonies partnered with the unique solos from each girl gives ‘Hair’ the perfect Little Mix treatment. Each member’s vocals are unique and different from each other and come together in perfect harmony every time. The addition of Sean Paul’s rap gives the track that extra sass that the original lacked for radio play.

The sassy lyrics are risqué with an expletive bleeped out with the sound of a cash register: “’Cause he was just a dick and I knew it/ Got me going mad sitting in this chair/ Like I don’t care/ Gotta get him out my hair”.

The rest of the song is about getting your girls to help you get over a guy because friendship is more important. “I call my girl ’cause I got a problem/ Only a curl is gonna solve it/ Then I don’t really care/ Just get him out of my hair.” The reference to hair throughout the track basically means get him out of my life but is a fun twist.

Once again, Little Mix have released a fun and catchy track with a girl-power message that everyone can sing after a break-up. 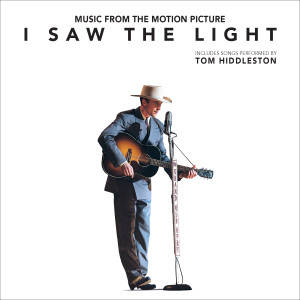 ‘I Saw The Light’ is an upcoming biography film about legendary musician Hank Williams. Portraying Williams is Tom Hiddleston and his wife is played by Elizabeth Olsen. The soundtrack to the film features the actors singing William’s classics themselves.

Soundtrack album co-producer Rodney Crowell said that “after nearly a month spent collaborating with this gifted artist, I’m as respectful of the man’s work ethic as I’m mystified by his transformational skills,” said Crowell. “Without a doubt, the filmmakers chose the right actor for the job.”

The soundtrack features tracks performed by Tom Hiddleston and the Saddle Spring Boys, Eddy Arnold, Field Hand Man, Eartha Kitt, George Morgan, Emmett Miller, Jo Stafford and Elizabeth Oslen. Just by listening to the soundtrack you can already get the feel that the film will be an instant classic.

British-born Hiddleston’s voice does Willams justice throughout. By listening you would never know that it wasn’t Williams himself. Hiddleston has perfected the southern twang, accent and tone of Williams’ voice and the covers of the tracks tell a story that coincides with the film.

The tracks that are not sung by Hiddleston and the Saddle Spring Boys are just as magnificent. Eartha Kitt’s rendition of ‘Santa Baby’ is sexy and sassy, perfect for Kitt. The country songs on the soundtrack take you back to another era. One that was simple and relaxed. George Morgan’s ‘Please Don’t Let Me Love You’ is heartbreakingly beautiful and is a perfect addition for the film and the soundtrack.

The soundtrack for ‘I Saw The Light’ is a perfect introduction to Tom Hiddleston’s portrayal of the wonderful Hank Williams and if the music is anything to go by, the film will be equally as wonderful.

‘I Saw The Light’ (The Original Motion Picture Soundtrack) is available now! 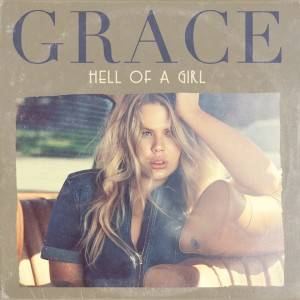 Nineteen-year-old singer/songwriter and last year’s Song Of The Year winner at the ARIA awards, Grace, has released her new single ‘Hell Of A Girl’. ‘Hell Of A Girl’ is taken from the Brisbane-born singer’s forthcoming debut album, due out later this year.

Grace’s soulful and mature voice is paired beautifully with ‘Hell Of A Girl’. It is very old-school while still being very modern; a perfect balance. Grace’s voice is reminiscent of the late Amy Winehouse with the deep tone and effortless talent.

‘Hell Of A Girl’ is a positive break-up track with a slight jazz and Motown influence with the brass and piano accompaniment and deep vocal notes. The track is about feeling better about yourself after a break-up because the relationship was just not right for you; something everyone can relate to in one way or another.

Overall, ‘Hell Of A Girl’ is a unique and sassy song from Grace and if this song is anything to go by, her debut album is going to be huge.

‘Hell Of A Girl’ is available now! 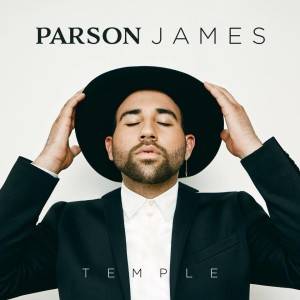 After being introduced to the world via one of the biggest names in music, Kygo, Parson James has released his new single ‘Temple’. ‘Temple’ is an upbeat track with church influences that was co-written by James himself.

Growing up in South Carolina, James found his voice by singing in church every Sunday. This reflects in his music, which he describes as conflicted-pop-gospel”. This is a perfect description for ‘Temple’. The track has a heavy influence from gospel music with the choral vocal accompaniment, tambourine, organ and soulful lyrics.

The song starts with James’ beautiful voice accompanied by a simple organ chord progression. A tambourine is then released before the chorus erupts into clapping, a choir and a catchy melody. The song progresses into a modern pop song throughout and will have everyone singing and dancing along.

“Hold up, why is this devil on my shoulder?/ Hell must’ve got a little colder/ But, hell, I got bolder/ Na na na, hey now/ Been too quiet, I’mma get loud/ You want me in the temple with my head down” is a perfect example of how James incorporates his religious upbringing and life into his music. James’ flawless falsetto is incorporated into the end of the chorus and at the end of the bridge of the song with a mighty high note that showcases his undeniable talent.

Even if you are not a religious person, ‘Temple’ will have you smiling and singing along in no time. This track is for everyone with its catchy melody and fun beat. Parson James has set himself a part from the rest with his unique sound in music and his beautiful voice.