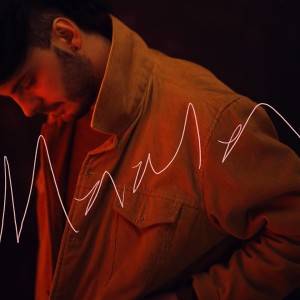 Evan Sinton, better known as MAALA, has released his new track ‘Kind Of Love’ after premiering on Zane Lowe’s show in May. The New Zealand native came third on the popular show New Zealand’s go talent before being signed to Sony Music. ‘Kind Of Love’ was co-written by songwriter MoZella who has worked on hits such as Miley Cyrus’ ‘Wrecking Ball’ and One Direction’s ‘Perfect’.

‘Kind Of Love’ is a fun and upbeat track that is perfect for any party. The pumping beat and catchy hook in the chorus are ideal for dancing and partying to. The track is everything that a new pop track needs and will be on repeat on the radio in no time.

The chorus is a repetitive hook of “You’ve got that kind of love that I’ve been dreaming of/ I know what I see, and you’re incredible/ You’ve got what I need and I can’t let you go” that will get stuck in your head for days. The simple melody is accompanied by layers of synths and static beats.

As ‘Kind Of Love’ is a fun party track, the lyrics in the verses of the track paint the picture of a club or party where “we could go, go places”. “Cold sweat, tight dress, so stressed, obsessed/ Just wanna be right where you are, in the dark with your skin on my skin” creates the sense of mystery and sexiness that the song is all about.

Maala’s ‘Kind Of Love’ is the perfect party song for the season and is sure to see the New Zealand artist have great success.

‘Kind Of Love’ is available now! 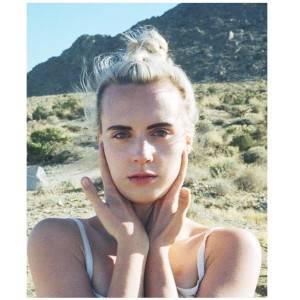 After the worldwide success of ‘Lean On’ with Major Lazer, MØ has released her new track ‘Final Song’. Born Karen Marie Ørsted, the Danish songstress has teamed up with UK producer MNEK for ‘Final Song’. The track is off of MØ’s upcoming second album due out later this year.

“Final Song is about reconnecting with your inner strength,” says MØ. “With your inner glow, passion, spirit animal, whatever – the force that keeps us going and doing what we love. I wrote it with MNEK and Noonie Bao – both of whom I adore – in Los Angeles earlier this year. We all need to feel empowered from within to be the best version of ourself, but it’s not always easy and that’s what inspired me to write these lyrics. When you’re united with your inner glow you can beat the fears and fly towards your dreams.”

‘Final Song’ is an exciting and fun track that pairs MØ’s unique vocals with cascading xylophone sounds to create a sound that is very much MØ. The track is about love and having fun and the music accompaniment mirror’s that perfectly. Although the lyrics of the song are about love and loss it is not melancholy in the slightest. It is more about staying together because that’s when there is the most fun.

The chorus, “But when you’re gone the music goes/ I lose my rhythm, lose my soul/ So hear me out before you say the night is over/ I want you to know that we gotta, gotta carry on/ So don’t let this be our final song” is followed by a dance break with the chorus repeated to create a hook-line. The incorporation of multiple layered voices to create an almost chanting sound after the chorus creates a party vibe that MØ is best known for.

‘Final Song’ is a fun and charismatic track that is sure to keep MØ as one of the most talked about new artists today. 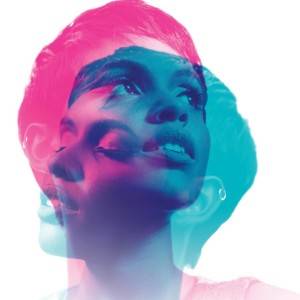 ‘I’ll Be Loving You’ is a cool and upbeat track and is a breath of fresh air in pop music. The track features island-inspired percussion and beats with modern synths and sounds to create a fluid and moving track that changes throughout. The beginning of the song is quite simple and flowing which then builds as more sounds and voices are layered leading up to the chorus.

The chorus is then stripped back and built up again before changing gears completely into a more EDM/techno sound with an ‘Oh, oh, oh’ on repeat and all of the fluidity and flowy-ness of the track is changed into a more jaggered and sharp sound. The changing sound of ‘I’ll Be Loving You’ creates movement and dynamic for a new track and new artist.

The lyrics of the track are a series of questions to a lover “Would you run a million miles?/ Would you climb the highest heights?/ Would you fall into my fire?/ And will you love me till I die?”. The chorus then answers Valerie’s own questions about love: “You can be sure that I will be true/ When the night comes, I’ll be lovin you”. The simplicity of the message and lyrics of the track are paired perfectly with the changing and unique sound of the music to create a fresh new sound.

‘I’ll Be Loving You’ is available now! 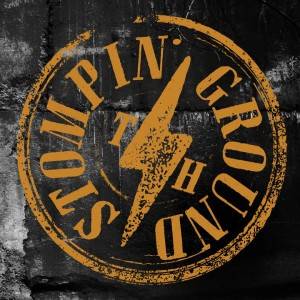 CCMA Award Winner Tim Hicks has released his new track ‘Stompin’ Ground’. ‘Stompin’ Ground’ is the first single off of Hicks’ upcoming album and was co-written by Hicks himself and produced by Corey Crowder.

“I’m so excited to release this song and perform it live,” says Hicks.  “I’ve never been more comfortable in my own shoes as an artist and songwriter and I think this song is living proof of that.  “Stompin’ Ground” is a definite reflection of my need to constantly push my own limits personally and the limits of my music in general.”

‘Stompin’ Ground’ is a gritty country track with aggressive sounds and lyrics to create a big song. Tim Hicks’ gravelly and low vocals give the track a sexy-cowboy feeling that everyone will love. The typical guitar and percussion are played loud and aggressively to mirror the lyrics of the track.

Every time the lyrics “my stompin’ ground” is sung the percussion beats to the melody to create the sense of stomping; perfect word painting and use of percussion in this song. The song is abrupt and fast-paced from the get-go with a simple banjo melody introducing the song accompanied by percussion and the gritty vocals of Hicks. The song then explodes into the chorus and does not let up for the rest of the track.

The track is a typical country track with all of the traditional instruments and slight twang in the vocals but is still fun and unique for Tim Hicks.