After the worldwide success of the single ‘Shut Up And Dance’ Walk The Moon have released their new song ‘Different Colours’. ‘Different Colours’ is from the band’s sophomore album ‘Talking Is Hard’ which is available to purchase now.

‘Different Colours’ keeps with the band’s upbeat pop/rock sound that fans have gotten to know and love. The song starts with a catchy ‘oooweeoo’ that features throughout the song and creates a carefree dance feel to the single.

Lead vocalist Nichloas Petricca showcases his impressive vocal range throughout the song with the help from the rest of the band to create what is sure to be Walk The Moon’s next hit song. Catchy hooks such as ‘this is why, this is why we’ll bite the bullet’ will have you singing along in no time.

Walk The Moon’s ‘Different Colours’ is another smash hit for the band with their fun sound and upbeat songs that will keep them as the band “You Must Know” (New York Post).

Walk The Moon are coming to Australia with two special shows in Sydney and Melbourne and will be performing at the YouTube Fan Fest at Sydney’s Qantas Credit Union Arena. 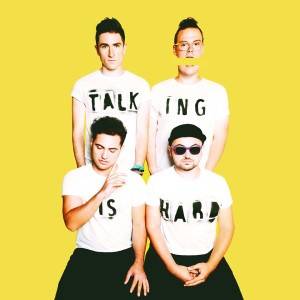 Global star and Grammy Award-winning artist Nelly is back with a brand new track ‘The Fix’ Featuring R&B artist Jeremih. ‘The Fix’ is produced by DJ Mustard alongside Mike Free with the music video set to be released in Spetember.

‘The Fix’ featuring Jeremih is a cool R&B song that has the Nelly sound that fans have missed. The mention of Marvin Gaye’s ‘Sexual Healing’ (“when you give me that feeling I get sexual healing”) is a great addition to the track and a clever nod to one of the greatest R&B artists.

Jeremih’s unique and silky voice goes great against Nelly’s deep voice to create wonderful harmonies throughout the song. The song starts with a simple riff and clapping-beat and then adds a steady ‘hey hey hey’ in the background that takes you back to Nelly’s old sound with a modern twist.

‘The Fix’ reintroduces fans to Nelly’s classic R&B sound that gave him success when he started to now. With over 22 million albums sold, Nelly will not disappear from the music scene anytime soon and ‘The Fix’ is sure to be a great success with his existing and new fans.

‘The Fix’ feat. Jeremih is available to purchase now! 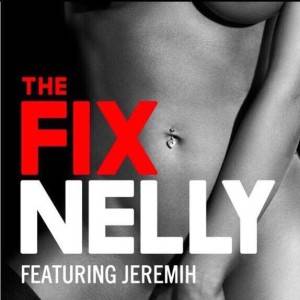 Alex Giannascoli a.k.a Alex G has released ‘Bug’ from his upcoming album ‘Beach Music’ out October 9. ‘Beach Music’ will be the Philadelphia born artist’s seventh full-length album with influences ranging from noise music to piano-based laments to Southern rock to the rhythmic focus of techno.

‘Bug’ is an easygoing acoustic guitar track that is perfect to listen to when relaxing. ‘Bug’ is a reflection of the upcoming album ‘Beach Music’ as it would be perfect to bring along to relax under the sun. The track has a rough sound to it with Alex’s vocals having a muffled sound that sounds like a demo recording in a garage. The rough sound the track has gives it an indie feel with bits of Oasis and Jake Bugg.

During the last chorus the vocals are manipulated with auto-tune to a higher pitch that sounds like bugs singing: a nod to the track’s title. The faint dissonance of clashing chords throughout gives the song a more dynamic feel rather than just a simple singular chord progression during the track.

Alex G has featured on a number of Artists To Watch lists from outlets such as Fader and Rolling Stone and has created a fervent cult fan base that is sure to love ‘Bug’ and the upcoming songs on ‘Beach Music’.

‘Bug’ is available to purchase now! 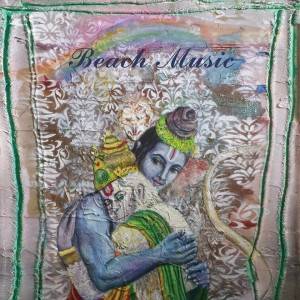 After delighting fans at this year’s Splendour In The Grass festival Boy & Bear have released their new single ‘Walk The Wire’ from their third studio album ‘Limit of Love’. Boy & Bear premiered the track live at Splenour In The Grass with the album to be released on October 9.

After touring in 2014 Boy & Bear teamed up with producer Ethan Johns at Peter Gabriel’s Real World Studio to record the upcoming album. The band’s intention was to record live in the studio going straight to tape with virtually no overdubs.

‘Walk The Wire’ will have their massive fan base pleased with a gritty indie sound that they love so much. The mix of percussion, guitar, and a synth along with the bold recording style creates the unique sound that the band was after.

The rough vocals of front man Dave Hosking and an expertly placed vocal harmony in the chorus breaks up the song and pushes the song along. The steady percussion, guitar hooks and catchy chorus will have heads bobbing and bodies moving along in no time. Spleandour In The Grass was the perfect place to premiere ‘Walk The Wire as it has the alternative sound that festivalgoers live for.

Boy & Bear has had great success after forming in 2009 with 5 ARIA awards and being named one of the “5 Australian Acts You Need To Know Now” on USA Today. Is ‘Walk The Line’ is anything to go by for the new album Boy & Bear will keep being one of Australia’s most successful acts for a long time.

‘Walk The Line’ is available to purchase now!