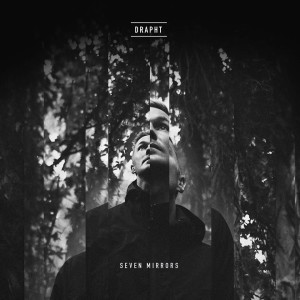 ARIA winning songwriting prodigy and Australian hip-hop royalty, Drapht, has released his fifth studio album ‘Seven Mirrors’ ahead of his Australian tour kicking off in October. ‘Seven Mirrors’ sees Drapht team up with other Aussie favourites including Katie Noonan and the Hilltop Hoods. The album is a collective of narratives based on Drapht’s personal relationships and explores them through Seven Essene Mirrors that reflect back on him in life.

From the very beginning of the album, Drapht’s musical genius is evident. From ‘Seven Mirrors (Intro)’ that explains the album through music and rap sets the tone for this masterpiece collection of tunes. Each track showcases Drapht’s masterful lyricism and use of rhythm and melody and tone to create and move emotions through the music.

The fluid track ‘Ranidrops’ featuring Katie Noonan takes the album in another direction and another story. Noonan’s fragile and flawless vocals matched with Drapht’s deep lyrics and story creates another dynamic and narrative for the album.

“As soon as I heard this gorgeous track I knew I wanted to be a part of it. I really love Drapht’s deep pocket. I also love hearing men who don’t try to hide behind their lyrics – men who aren’t afraid to show their vulnerability. Aussie hip-hop is finding it’s own identity more and more and I am proud to be a part of that journey with Drapht,” say Noonan of the track.

There is then an interlude halfway through the 16-track album which breaks up the stories and almost cleanses the palette for the next few tracks. The second half of the album is just as good as the first with intricate rap and words that paint a different picture each time.

Drapht’s album ‘Seven Mirrors’ is a brilliant collection of narratives being told through music and lyrics that gives you an insight into life and love and everything in between.

BARRY GIBB – IN THE NOW (Sony) 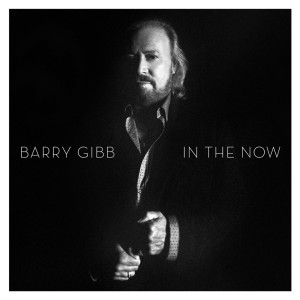 Grammy award winning singer/songwriter/producer and all-round legend Barry Gibb is set to release his first solo album involving new material ‘In The Now’. ‘In The Now’ features the first single by the same name. Gibb has kept the album a family affair with all of the songs being co-written with his sons Stephen and Ashley.

‘In The Now’ is classic Barry Gibb with a groovy beat and a 70s disco vibe while still being current and modern for everyone to listen to. The track is easy to listen to and features Gibb’s unique vocals that everyone loves.

The smooth shuffle beat and vocal harmonies with call-and-response throughout matched with the prominent bass takes you back to the 70s in the best way possible. The track is just cool with its whisper-like vocals and simple musical accompaniment it is everything that music should be: simple and groovy and easy to listen to.

Without knowing anything about the track you can tell that it is by a Bee Gee. Barry’s unmistakable voice and the addition of the vocal layering in the chorus’ will make fans new and old smile. ‘In The Now’ is everything music should be and is a breath of fresh air for music today.

‘In The Now’ is available now! 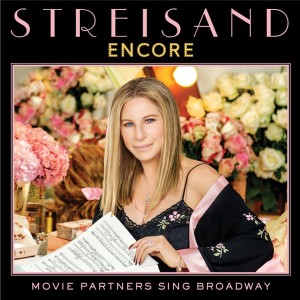 From the get-go the album is full of character and story and life. The pairings of a classic like Streisand with some of Hollywood’s biggest names brings new and old together to please everyone of every age. Each track includes a recitative or spoken acting from the script to give the track’s context and story.

The first track is one of the most famous songs from A Chorus Line ‘At The Ballet’ sung by Streisand, Les Misérables’ Anne Hathway and Star Wars Actress Daisy Ridley. Streisand, Hathaway and Ridley’s flawless vocals are made even more beautiful by their undeniable acting talent that shines through just their vocals. Each singer’s powerhouse vocals are showcased in this emotional track from one of Broadway’s most successful musicals; a perfect trio for this track.

Phantom of The Opera’s Patrick Wilson is the next to serenade with Streisand on ‘Loving You’ from Stephen Sondheim’s Passion. Streisand and Wilson’s passion that they put into their vocals gives the track power and movement that only Streisand can deliver.

Australia’s own Hugh Jackman gets a turn with the track ‘Any Moment Now’ from an unproduced version of Smile. Hugh Jackman and Streisand’s portrayal of a married couple comes across perfectly solely though music; you can almost see the scene taking place in front of you.

Emmy Award winner Alec Baldwin gives his vocal chords an exercise on ‘The Best Thing That Ever Happened to Me’ from Road Show. The track shows that Baldwin is a man of many talents and gives the track the perfect amount of suave.

Funny lady Melissa McCarthy proves she can do anything on ‘Anything You Can Do’ from Annie Get Your Gun. McCarthy is the perfect person for this competition of a song. She gives it the humour and character that it deserves.

Family Guy creator Seth MacFarlane shows off his emotional side with a beautiful rendition of Willy Wonka and the Chocolate Factory’s ‘Pure Imagination’ that is truly enchanting. The sensitivity and magic that MacFarlane and Streisand put into the track is just perfect. MacFarlane’s deep vocals matched with Streisand’s vast range paints a magical picture that will give you goosebumps.

To end this masterful album Jaime Foxx and Barbra power through the huge track ‘Climb Ev’ry Mountain’ from The Sound of Music. Foxx’s jazz and R’n’B vocals give this already powerful song even more dynamic and meaning and is the perfect way to end this amazing album.

‘Encore: Movie Partners Sing Broadway’ is a magical and powerful collection of movie stars singing alongside the great Barbra Streisand.