After releasing her debut album, performing at festivals such as Coachella and Lollapalooza, Alison Wonderland has released her new single ‘Games’. ‘Games’ is the fourth single from the album ‘Run’ that debuted in the top 10 on the ARIA charts.

‘Games’ is an electronic track that combines Alison’s dreamy voice with a pumping beat to create a great single. The deep and simple electronic chords throughout gives substance and a fuller sound than when it is absent during parts of the song. The use of auto tuned singing, electronic beats, layered harmonies, and echoed vocals creates Alison’s perfect electronic/pop sound that has given her such success.

During the chorus the added vocals and beats creates a craziness that reflects lyrics like “I feel the games, you play” and “Can’t tell you what I think, you don’t even know about it”, sort of like a chase or a dizziness like when you are playing games.

The adding and taking of beats and sounds throughout the song gives the dynamic of pulling and pushing that the song is about. The song is introduced with simple sounds before heading into the rest of the song. Similarly at the end of the song the retraction of certain sounds gives ‘Games’ a sense of finality and resolution.

Fans will be extremely happy with Alison Wonderland’s new track ‘Games’ which will be sure to be played everywhere.

‘Games’ is available to purchase now! 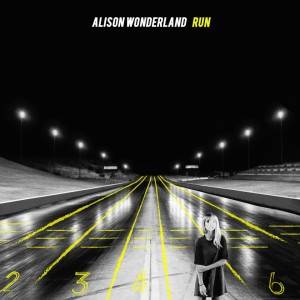 Seven-time Grammy winner Carrie Underwood has launched her new song ‘Smoke Break’. The country star announced recently in an online chat on her Facebook page that she will be releasing a new album ‘Storyteller’ on October 23.

‘Smoke Break’ was produced by Jay Joyce and was written by Underwood, Hillary Lindsey, and Chris DeStefano. “It’s basically an anthem for every hard-working person. We all wear many hats and are spread thin, so we can all relate to being tired and needing a break. This song is about having that moment to be able to escape from whatever it is that’s stressing you out and have some time for yourself,” says Underwood.

The single has everything a country anthem should have and will be a sure-fire hit with Carrie’s adoring fans. The twang in Carrie’s voice goes perfectly with the guitar and percussion throughout the song and the electric guitar after the second chorus gives the audience the feel of being in a country bar on the weekend.

The verses of the song tell the stories of two people, the first being a hard-working mother and the second being a boy working hard in college. The chorus is all about needing a break from life sometimes: “I don’t smoke but sometimes I need a long drag, it might sound bad, but sometimes I need a smoke break”. During the verses there is only the smooth vocals of Underwood, a drum kit, and simple guitar that lets the audience listen to the stories of who she is singing about. The chorus goes into overdrive with the introduction of backing vocals, more guitars, clapping, more percussion, and the strong vocals of Underwood.

Carrie Underwood showcases her songwriting and amazing vocals in ‘Smoke Break’ and has masterfully created what will be a country anthem for years to come. 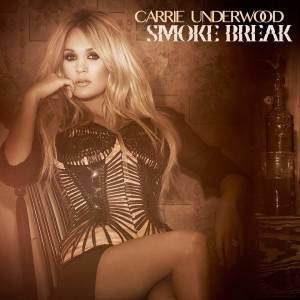 After 4 successful albums reaching the top 10 Aussie crooner David Campbell has released his new album ‘The Essential .’The 2-disc album is a collection of the best of David’s 5 albums that features Swing Sessions and Broadway tunes and 80’s hits, a little something for everyone.

The album starts off with the smash hit ‘You’re Nobody Til Somebody Loves’, a song that everyone knows the words to and from the get-go showcases Campbell’s amazing vocal range and musicality. After the explosive introduction to ‘The Essential David Campbell’ David’s smooth voice serenades through the album singing big-band tunes that will have everyone smiling and tapping along and theatre tunes that will have you thinking you’re in a Broadway show.

David Campbell showcases his softer vocals in The Way You Look Tonight, giving the classic all of the emotion and dynamic it deserves. After crooning his way into hearts with slower tunes Campbell surprises with upbeat tracks like ‘Route 66’ and shows off his scatting abilities that will have people off their seats and dancing around in no time.

In disc 2 there are a handful of tracks that are recordings of live performances by Campbell. The first is ‘Oh What A Beautiful Mornin’’. Just by listening to the album straight through you would not be able to tell the transition from studio-recorded songs from live performances.

Campbell’s effortless vocals will take an audience to different times and places with his array of tracks on ‘The Essential’.

‘The Essential’ is available to purchase now! 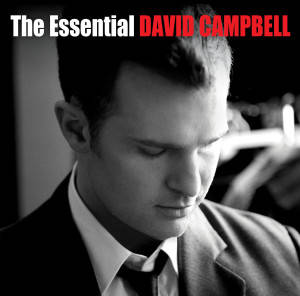 BOB MOSES – TOO MUCH IS NEVER ENOUGH

Ahead of the release of their debut album, Bob Moses premiered their brand new single ‘Too Much Is Never Enough’ on Pharrell Williams’ Beats 1 radio show OTHERtone.

‘Too Much Is Never Enough’ is a mesmerizing track with ethereal vocals and simple guitar and beats that creates a unique sound for Bob Moses. The single has an electronic sound whilst mixing smooth cascading vocals over the top. Lyrics like “too much is never enough, never enough for me” leaves a chillingly haunting feeling with the minor note the line ends on.

If ‘Too Much Is Never Enough’ is any indication of ‘Days Gone By’, Bob Moses have created a unique sound that will set them apart from other artists in the best way possible.

‘Too Much Is Never Enough’ is available to purchase now! 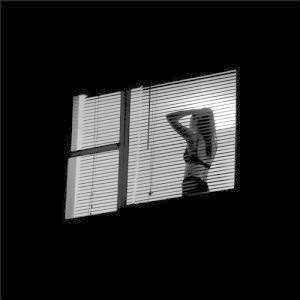 FIFTH HARMONY – I’M IN LOVE WITH A MONSTER

Pop sensations Fifth Harmony have lent their vocals to ‘Hotel Transylvania 2’ with the new track ‘I’m In Love With A Monster</em>’. After the success of the certified Platinum song ‘Worth It’ ft. Kid ink Fifth Harmony gives a frighteningly fun and catchy prelude to the Sony Pictures Animation film out later this year.

Members Ally Brooke, Normani kordei, Lauren Jauregui, Camila Cabello and Dinah Jane showcase their impressive vocal ranges individually and their expert vocal harmonies on the track. The song keeps with the fun pop sound that Fifth Harmony are known for while having a spooky-jazz feeling just for the film.

The catchy hook ‘I’m in love with a monster’ will have people singing along in no time. Every time a different member sings the hook they give their own personal touch to it by showcasing their vocal range in an impressive vocal gymnastics feat.

Fifth Harmony’s fun sound is heard on the track with a deep brass riffs through the song and call-and-response in the chorus. After the second chorus the song shifts into a different key with vocal harmonizing and clicking in the background giving off a sort of jazz feel. 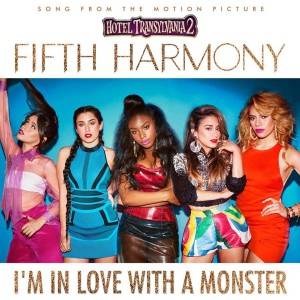