Instrumentalist, producer, and composer Bill Ryder-Jones has released ‘Two To Birkenhead’ ahead of his new album ‘West Kirby County Primary’. ‘West Kirby County Primary is Ryder-Jones’ third full-length album and will be released in November. The video for ‘Two To Birkenhead’ was filmed by James Slater 9Jamie T, Major Lazer) in Bill’s mother’s house in The Wirral. Watch it here.

‘Two To Birkenhead’ is a classic band track with Bill playing the electric guitar throughout the song. The track has a sort of laidback feel but still a classic rock song.

The clashing percussion and rough guitar go perfectly with Bill’s gravelly vocals. The beat and instruments are constant throughout the track, which makes the song easy listening. Bill’s vocals are faint compared to the dissonant instruments giving it a real garage-old-school-rock feel.

‘Two To Birkenhead’ is a song that Bill Ryder-Jones has creatively put together to create a great easy listening classic-rock track.

‘Two To Birkenhead’ is available now! 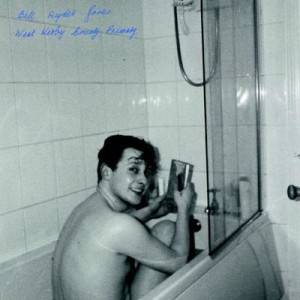 ‘Vanity Fair’ has a soul-pop feel to it, which is familiar to Browne after being the front woman for Clairy Browne & the Bangin’ Rackettes. Clairy’s vocals suit the genre perfectly with a wide range and deep texture to her voice.

The track is full of catchy hooks, foot-tapping beats and fun lyrics that will empower any woman. “Wanna ring my bell, wanna ring my bell” and “Come and get, come come come and get it” will be stuck in your heads along with the funky brass loop in the background of the song.

The explosive vocals in the chorus of ‘Vanity Fair’ show that Clairy Browne is a force to be reckoned with. The powerful female-anthem will have you singing along in no time. Clairy proves why the Herald Sun has said “Vanity Fair exudes brassy, sassy ‘tude…she sounds more Beyoncé than ever before” and Musicfeeds state “some tasty AF subversive pop…has there been a better line in a pop song this year than ‘money can’t make this/ nip tuck bitch you fake it?’” 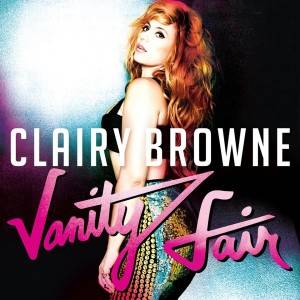 JETTY ROAD – I TURN TO YOU

The song is about the love you can have for a person – someone you can always turn to and the smooth music and powerful vocals of Jetty Road create the perfect song to mirror that message.

The simple beat and guitar chords at the beginning of the song with the fragile vocals and lyrics give the track all of the emotion it deserves. Lyrics like “Everything I know I am is everything I know you gave to me” “When I need a place to fall I turn to you, when I can’t take it anymore I turn, turn, to you” reinforce what the song is about: love.

The building and layering of vocals, instruments create a powerful and emotional track that everyone can relate to at any point in their life. Jetty Road have successfully creates a classic country song that will tug at the heartstrings and make you smile all at the same time.

‘I Turn To You’ is available to purchase now! 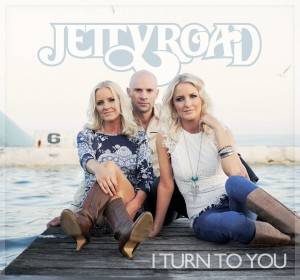 Off their eleventh studio album ‘Def Leppard’ Def Leppard have released the first single ‘Let’s Go’. ‘Def Leppard’ is the band’s first album since 2008 and will not disappoint fans past and present.

Lead singer Joe Elliott explains, “We got together to see what we had with maybe putting out a three track EP in mind. All of a sudden we had twelve songs on the go, and two more would come just a few weeks later. It’s the first album we’ve ever made with no deal in place & no one looking over our shoulders so the freedom was immense & I think you can hear it in the songs.

‘Let’s Go’ is a heavy rock song with great guitar riffs and catchy lyrics that will have you head-banging along. The start of the song has the lyrics “do you really really wanna do this now?” being sung and manipulated to have an underwater kind of sound before blasting into rock chords and percussion.

The guitar riff throughout the track pushes the song along in true rock fashion. The layered vocals, almost like a choir, give the song the power and full sound that will explode onstage and with crowds. The simple lyrics of the chorus: “Let’s go, let’s go / Do you really wanna do this now?” will have all of Def Leppard fans singing along in no time.

Def Leppard have not disappointed with ‘Let’s Go’ and if this single is anything to go by Def Leppard will keep their status as one of the most successful rock bands in the world with their new album ‘Def Leppard’.