RACHEL PLATTEN – STAND BY YOU

After the double-platinum selling single ‘Fight Song’, Rachel Platten has released her new track ‘Stand By You’. ‘Fight Song’ reached #2 on the ARIA singles charts and #1 on the official singles charts in the U.K., with more than 40 million video views around the globe.

“‘Stand By You’ is a stomp-your-feet, throw-your-hands-up, all-out celebration of love,” explains Rachel. “It’s a love song at its core, and it’s about being the hands to catch someone if they need to fall. I’m honestly obsessed with this song. Is that okay to say?”

Once again Platten has created an empowering anthem with ‘Stand By You’. With lyrics like “even if I can’t find heaven/ I will walk through hell with you/ love, you’re not alone/ because I’m going to stand by you” and thumping music to back it ‘Stand By You’ is another smash hit for the singer/songwriter.

Rachel’s amazing vocal range mixed with the catchy hooks and choral accompaniment gives ‘Stand By You’ the empowering and uplifting emotion that the track is all about. The constant beat will have everyone clapping and dancing around and the catchy chorus will have everyone singing along too.

‘Stand By You’ is another sure-fire hit for Rachel Platten and will keep her at the tops of charts for weeks to come.

‘Stand By You’ is available to purchase now! 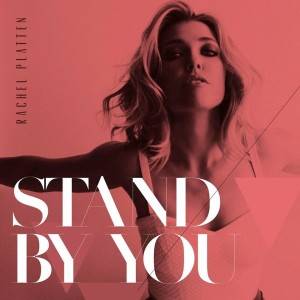 ARIA award winning musician Matt Corby has released his new track ‘Monday’ leading up to his highly anticipated debut album due for release in early 2016. After the 6 x platinum track ‘Brother’ and 4 x platinum ‘Resolution’ Matt Corby is one of Australia’s favourite acts.

“It has been about two years since I released any music – I guess I needed to spend that time learning how to practically play, on each instrument, what i would regularly hear in my head. Enough time has now passed now for me to clear my head of everything that I’ve done before, reboot and have the balls to do it again.”

‘Monday’ is everything Matt Corby is loved for: simple and emotional music that is unique to his own sound. ‘Monday’ starts with layering vocal harmonies added one at a time with the accompaniment of a simple beat on sticks. The haunting introduction sets the mood for the rest of the song with Corby’s rough and rustic sounding vocals serenading throughout.

Corby effortlessly showcases his incredible vocal abilities throughout the track with the simple backing of only vocal harmonies and percussion. ‘Monday’ is filled with emotion and dynamic that is so unique to Corby.

Matt Corby perfectly executes his new track ‘Monday’ and if this track is anything to go by, his debut album will be a sure hit.

‘Monday’ is available to purchase now! 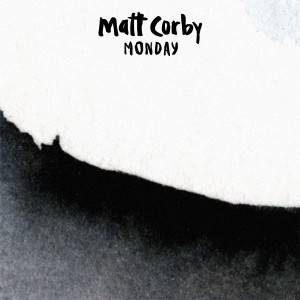 THE VAMPS – WAKE UP

British pop band The Vamps are back with a new world tour and single ‘Wake Up’ off their new album out November 27. After their hugely successful debut album ‘Meet The Vamps’ that went multi platinum around the world The Vamps will not disappoint with their new material.

The band is known for their fun and catchy pop tracks and ‘Wake Up’ is no different. With instrumental and vocal hooks that will have people singing along ‘Wake Up’ is everything that made The Vamps so popular to begin with.

The chorus, “so wake up/ you’re sleeping heart/ I know sometimes you’ll be afraid/ but no more playing safe/ my dear, I’m here/ so wake up” is sung with a catchy melody that will have fans singing along in no time.

‘Wake Up’ is about making someone realize that what they need is standing right in front of them which is perfectly matched with a fun pop song that will melt hearts everywhere.

The Vamps know what their fans love and have not disappointed with their new track ‘Wake Up’ that will be an anthem among their fans at their upcoming shows next year.

‘Wake Up’ is available to purchase now! 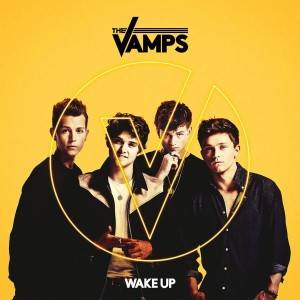 SARA BAREILLES – SHE USED TO BE MINE

Multi-platinum selling singer/songwriter Sara Bareilles is back with her new track ‘She Used To Be Mine’. ‘She Used To Be Mine’ is off Bareilles new studio album ‘What’s Inside: Songs From Waitress’ which features songs from the upcoming Broadway musical Waitress. Bareilles wrote the music and lyrics for the musical that will open at in April 2016.

‘She Used To Be Mine’ is an emotional track that mirrors the story of Waitress while still having the makings of a stand-alone pop track. The track combines the emotion and story telling of musical theatre with the music and structure of a pop song.

Bareilles perfectly mixes the worlds of musical theatre and pop with her amazing writing and music abilities that has given her such success before. Her flawless vocals soar through the track with emotion that will be able to be seen and heard from the very back of Broadway’s Brooks Atkinson Theatre next year.

Sara Bareilles reminds everyone of why she is such a success with ‘She Used To Be Mine’ and if the ‘What’s Inside: Songs From Waitress’ is anything to go by, Waitress will be a hit on Broadway with her genius songwriting.

‘She Used To Be Mine’ is available to purchase now! 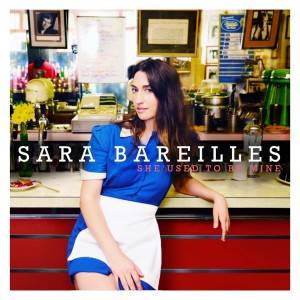 As part of Elvis Presley‘s 80th Birthday Celebration, ‘Fever’ ft. Michael Bublé has been released off the upcoming album ‘If I Can Dream: Elvis Presley With The Royal Philharmonic Orchestra’. ‘If I Can Dream’ is an exciting revisit to the king of rock ‘n’ roll’s classics with new orchestral accompaniment.

‘Fever’ is a classic known everywhere and Bublé’s voice is the perfect match for the track. Presley’s trademark vocals go perfectly with Bublé’s jazzy voice in this reimagined version of ‘Fever’.

The mix of the duet’s sensual vocals is accompanied brilliantly with The Royal Philharmonic Orchestra giving the track the big band sound it deserves. The track has been expertly mixed as if Presley and Bublé really did record it together in a studio.

The classic song has been arranged so that keeps with its original sensuality and mood but giving it more depth and dynamic with the orchestral backing. The King’s unique voice gives the track something that only he could give with Bublé bringing his trademark jazz vocals to the harmonies.

‘Fever’ ft. Michael Bublé is an amazing track that reimagines Elvis Presley’s track while still keeping it the classic it is. 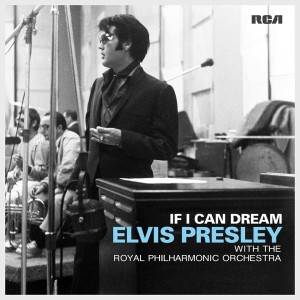