Tigerair Gets New Brisbane Base and ready to Fly More 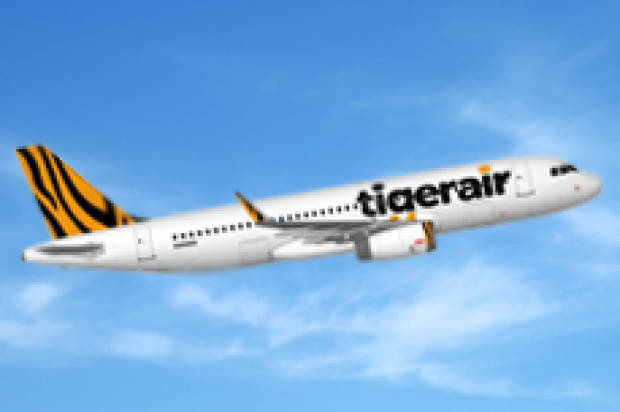 · Two New A320 Aircraft for Australia to be Based in Brisbane Supporting Tigerair’s Growing Queensland Footprint
· Three New Routes on Sale Today from Brisbane
· Over 800,000 Additional Great Value Fares Annually Across Australia on Sale Midday (AEDT) Today
· Creation of 150 Jobs (120 In Brisbane)
· Introduction of Sydney-Adelaide Services in Addition to New Brisbane-Adelaide Services

Tigerair Australia today announces that Brisbane will become the airline’s third Australian base, with operations commencing in March and early April 2014.

The airline will be the only budget carrier in Australia to have a dedicated base in Brisbane.

As part of the base announcement, the airline will commence three new routes from Brisbane (to and from Darwin, Cairns and Adelaide) with flights on sale from midday today (AEDT).

In addition to the commencement of flights between Brisbane and Adelaide, Tigerair will also today be launching a new route between Sydney and Adelaide. Collectively the new services to Adelaide represent more than a 70% increase on existing services to the South Australian capital.

Tigerair Australia CEO Rob Sharp said “This is a significant milestone for our airline, which is embarking on its future Australian expansion as planned.

“Today’s announcement is great news for consumers and for the economy providing a welcome shot in the arm for domestic tourism across Australia.

“When the airline rebranded in July this year, we promised more choice for consumers. Today is the start of delivering on this commitment. We are putting the customer and what they want at the forefront of our business.

“Budget travel options at Brisbane have lagged behind other major airports and our announcement today is designed to address this. Historically, budget travel has accounted for only 19% of Brisbane’s overall airport capacity, against 33% and 26% respectively in Melbourne and Sydney. We are responding to this demand for budget travel. Our fares have been proven to stimulate markets and we strongly believe in the potential this new base presents.

“From April 2014, Queensland will account for 59% of our total capacity (59% of all Tigerair seats will touch Queensland from April next year) and is a critically important market for Tigerair. I’m therefore delighted to be announcing the launch of our new base here in Brisbane today.”

“Today also sees a realisation of our focus on customer experience and the desire to innovate. We have been working with Brisbane Airport and trialing automated bag drop technology. Today we officially launch this new product which allows customers to automate their bag check-in process, providing a virtual check-in environment that speeds up the process saving on queuing time, meaning customers save both time and money when they fly with Tigerair.

“Tigerair is committed to rolling out automated bag drop technology across all bases. To complement the bag drop, self-service kiosks are also now available and already proving to be popular with our customers who want a seamless travel experience whilst benefitting from value fares. The airline will work with Brisbane airport to expand the number of kiosk and automated bag drop facilities to meet customer requirements.”

Brisbane Airport Corporation CEO and Managing Director Julieanne Alroe applauded the decision by Tigerair to open a new base at Brisbane, saying the move is a huge win for travellers, the city and the state.

“Today’s announcement highlights Tigerair’s strong commitment to Queensland which will almost double the carrier’s seat capacity into Brisbane, generate over 120 new local jobs, provide more choice for travellers and help to stimulate tourism across the board.

“The decision by Tigerair is an important recognition for Brisbane as a key aviation hub, allowing the airline to stimulate the low cost travel market and help to grow existing and new key destinations and routes.

“It not only paves the way for future growth of the airline but provides significant flow-on benefits – jobs, investment and opportunity – that powers local, state and national growth.

“We congratulate CEO Rob Sharp and his team on today’s significant announcement and look forward to strengthening our partnership and encouraging and supporting the evolution of Tigerair,” Ms. Alroe said.

Queensland Minister for Tourism, the Hon. Jann Stuckey said the importance of Queensland as an iconic tourism destination meant the new base was an obvious choice for the budget airline.

“As Australia’s premier tourism destination, Queensland’s leisure destinations of Mackay, Sunshine Coast and Gold Coast have all featured on Tigerair Australia’s flight schedule since the airline commenced in Australia in 2007,” Minister Stuckey said.

“Coupled with the airline’s recent announcement of new Sydney-Proserpine services, today’s welcome announcement will also bring a significant boost to the State’s $22 billion tourism industry – one of the four pillars of the economy.”

The Hon. Tim Nicholls Treasurer of Queensland said “The Newman Government is delivering on our promise to grow Queensland’s four pillar economy, as we continue to get the state back on track.

“The Tigerair base will provide more than 100 new jobs, from the flight and cabin crews to additional ground staff when it’s up and running in March next year, with 59% of Tigerair services touching Queensland.”

Mr. Nicholls added that the base would launch new routes including Brisbane to Cairns, Darwin and Adelaide which are projected to provide around 800,000 additional visitor seats annually through Queensland.

New Routes on Sale from Today:

# – Together these two new routes will provide more than 244,000 additional visitor seats through Adelaide Airport annually representing more than a 70% increase in services to South Australia.

In addition to the new routes listed above, Tigerair will be increasing services on the existing Brisbane – Sydney, Sydney – Melbourne and Brisbane – Melbourne routes from April 2014.

On an annual basis, the additional flights on new and existing routes will deliver over 900,000 visitor seats around Australia significantly boosting domestic tourism in five states of Australia.

Key facts:
· Queensland will benefit from close to 800,000 additional visitor seats annually from mid-April 2014 when the two new aircraft are operational.
· New South Wales will receive more than 300,000 additional visitor seats through Sydney Airport annually.
· Victoria will receive more than 300,000 additional visitor seats through Melbourne Airport (Tullamarine) annually.
· South Australia tourism will be boosted in excess of 240,000 additional visitor seats through Adelaide Airport each year.
· New services between Brisbane and Darwin will boost Tigerair’s presence in the Northern Territory by more than 130,000 visitor seats annually.
· Last week, Tigerair announced new Sydney – Whitsunday Coast/Whitsunday Coast – Sydney services commencing 1 April 2014. (Three weekly return services commencing 1 April 2014 deliver over 55,000 visitor seats to the Whitsundays’ doorstep). Fares are on sale from just $84.95* each way.
· Tigerair’s new Sydney – Perth/Perth – Sydney route announced in October 2013 commences 19 December 2013, providing over 110,000 additional visitor seats annually through Perth Airport.
· Tigerair Australia already provides over 1,000 jobs in Australia directly and indirectly.
· The new Brisbane base creates approximately 150 new employment positions in Brisbane and other key ports around Australia. Positions currently being recruited for the Brisbane operation including approximately 35 pilots and 65 cabin crew.
· More than 50 positions will be created in ground based positions in key ports around Australia including Brisbane.
Two brand new A320 Tigerair aircraft will progressively call Brisbane home from early March and early April 2014 taking the number of fleet in Australia from 11 to 13.
Further network developments will be driven by our customer demand. These will be announced in due course.